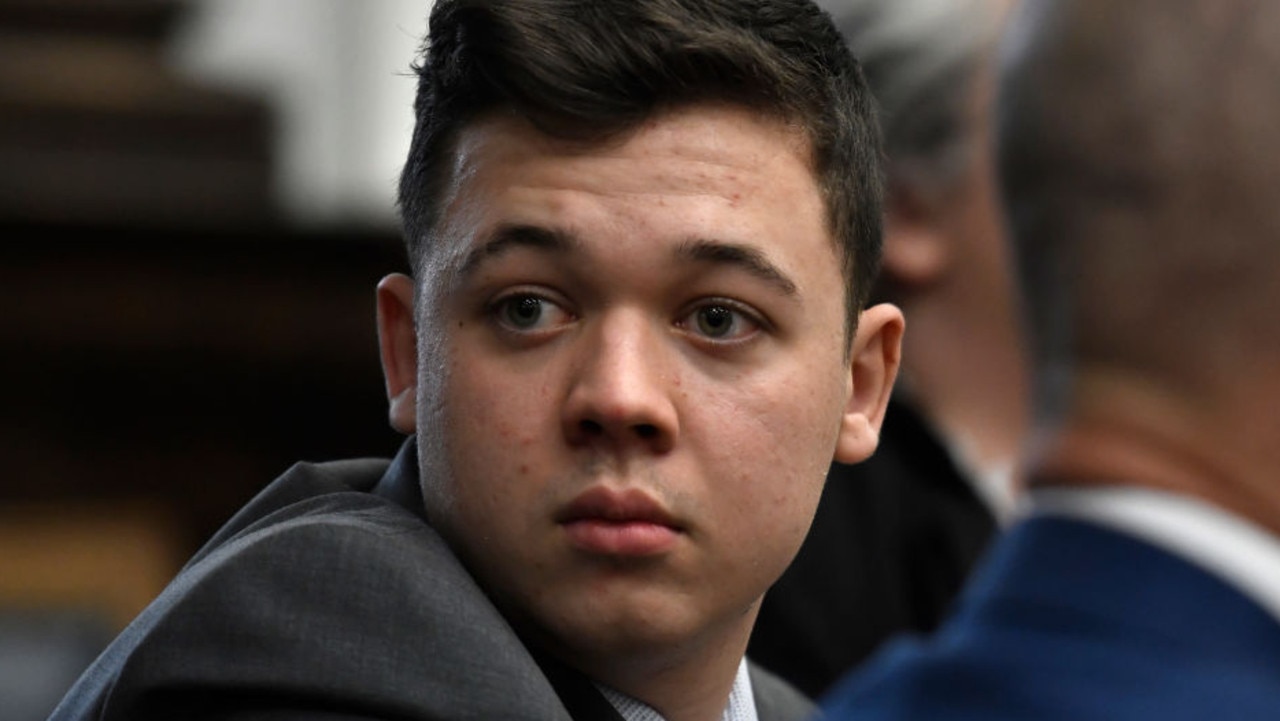 Kyle Rittenhouse has broken his silence after briefly becoming the focal point of a nationwide debate over race.

Kyle Rittenhouse has spoken out for the first time since being found not guilty on all counts over the shooting during last year’s anti-police brutality protests in Kenosha, Wisconsin in the United States, which left two people dead and another injured.

The deadly incident rocketed back to the forefront of national and global interest in recent weeks during Rittenhouse’s trial, in which he argued he’d acted in self-defence.

After deliberating for nearly three-and-a-half days, the jury cleared Rittenhouse of homicide, attempted homicide and reckless endangerment in the deaths of Joseph Rosenbaum, 36, and Anthony Huber, 26, and the wounding of Gaige Grosskreutz, 27, on August 25, 2020.

Some of those sympathetic towards the protesters have branded the 18-year-old a “white supremacist” for his actions. Rittenhouse drove across state lines, armed with a semiautomatic rifle, to attend the Black Lives Matter demonstration in the wake of Jacob Blake’s death at the hands of a police officer.

Rittenhouse has spoken to Fox News anchor Tucker Carlson, one of his prominent media defenders throughout the trial.

In a preview of the interview, to air in full on Tuesday Australian time, Rittenhouse remains adamant that his presence at the Kenosha protests had nothing to do with race.

He says he is actually a supporter of the Black Lives Matter movement.

“It had to do with the right to self-defence. I’m not a racist person. I support the BLM movement, I support peacefully demonstrating.”

Legal experts have been weighing in on the results of the trial. Most of them were not surprised by the acquittal.

Lou Shapiro, a state and federal criminal defence lawyer in Los Angeles, said the prosecution “overshot” its case and overcharged the defendant when it argued Rittenhouse “brought a gun to a fistfight”.

“They oversold the case because the prosecution was stuck on this theory that Rittenhouse was this guy out to kill,” Mr Shapiro said.

“If you can’t get that out of your mind as a prosecutor, you’re not gonna be able to offer lesser charges because that does not fit that narrative. They oversold and it backfired.”

John Gross, an associate professor of law at the University of Wisconsin and the director of the Public Defender Project, said the decision not to slap Rittenhouse with the lesser charge of second-degree intentional homicide made the case an uphill battle from the start.

“Under Wisconsin law, when a defendant raises the issue of self-defence, the prosecution is required to prove beyond a reasonable doubt that the defendant did not act in self-defence,” Prof Gross said.

“I think the prosecution could have just charged that second-degree homicide with the mitigating factor that he thought he was entitled to use self-defence, but that his use of force was unreasonable,” he continued.

“Ultimately, that was the prosecution’s burden and they could not meet that burden.”