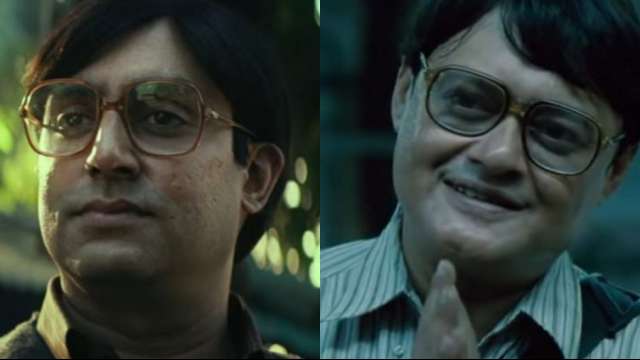 From the time the trailer of ‘Bob Biswas’ dropped, while the fans are excited to watch Abhishek Bachchan as a contract killer, there is a different kind of curiosity around the film over its casting. The film is a spin-off to the earlier ‘Kahaani’ released in 2012, in which Bob’s character was portrayed by Saswata Chatterjee.


Despite being a Bengali actor without having any presence in Hindi film before, the character and the performance of Saswata were so appreciated by the audience nationwide, it was only natural to expect him to see as ‘Bob Biswas’, as the face of the character. However, the news of Abhishek will be playing the title role of ‘Bob Biswas’ surfaced in 2019.

Talking about why Abhishek is cast, writer Sujoy Ghosh told IANS, “It was a very conscious decision of casting a new actor to play Bob Biswas because I wanted to move away from ‘Kahaani’, this is not that film. The world of this film is different. This is a new film, which has its own standing.”

“Through this film, we have attempted to create a new world of Bob Biswas which has a fresh new perspective to the story. That is in fact, one of the reasons why I did not direct the film. In the earlier film, when the introduction of Bob happened (referring to ‘Kahaani’) he only had a presence of eight minutes. Now, we have a full story on him.”

In the past, there were many such legendary characters in which the same actor played the character in different films. For example, Goopi and Bagha are two such fictional Bengali characters created by Upendrakishore Ray Chowdhury. Later iconic filmmaker Satyajit Ray made three films based on those two characters. They were played by Bengali actors, Tapen Chatterjee and Rabi Ghosh, respectively.

Asked about why then he chose not to follow the same path as that of Ray, Sujoy explained, “I am saying it is not impossible to recreate the world of Bob Biswas where Saswata who played Bob earlier can be cast. In fact, if I was helming the film, Saswata would have been a choice, but Diya is directing the film and this is the choice she made. She has her vision to the film. Our idea is to create a new film, in which the world of Bob is different from what we have seen in ‘Kahaani’.”

The film is written by Sujoy, and directed by Diya Annapurna Ghosh. This is the first time the fans will get to see Abhishek in a never-seen-before avatar in which his look is almost unrecognisable as a semi-bald and overweight middle-aged man.

Sharing his experience of working with Abhishek, Sujoy said, “I think Diya has done a great job of convincing him to become the character, written on paper. Abhishek put on weight, went all out in a complete lack of vanity to become the Bob we have seen in the trailer or will watch in the film for that matter. What was very good about Abhishek is his malleability…when I saw him in his final look, I got my Bob exactly the way I visualised so as a writer, I am very happy.”