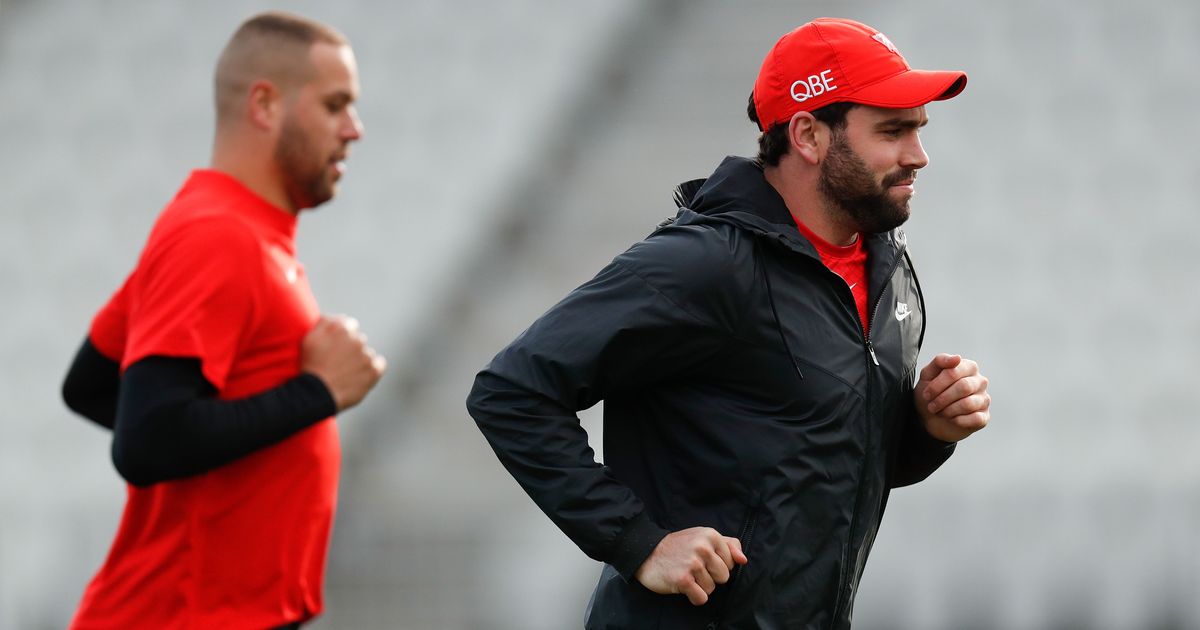 SYDNEY is trying to push its second round selection up the board ahead of Wednesday night’s NAB AFL Draft, says Kinnear Beatson.

“We’ll be open-minded about trying to come forward, especially with that second pick,” he said.

“We’re talking to the Bulldogs about 23, but I don’t think we’re going to be able to satisfy (list manager) Sammy (Power) with what he wants.

“That’s going to occur pretty quickly on the night, in fact I reckon he’ll have a deal in place before he goes in, given the bid for (father-son) Sam Darcy is going to come early.”

Beatson confirmed McCartin had likely done enough to earn a recall to the AFL after Sydney played him in its VFL team in 2021.

The key forward missed the 2020 season following a series of concussions, but managed five games at the lower level, averaging 16 disposals and kicking three goals.

McCartin did not nominate for the National Draft and must therefore be taken in the SSP to return to a senior list.

“He qualifies to just go straight though because he’s been off an AFL list for 12 months so technically he doesn’t need to nominate for this year’s draft or pre-season Rookie draft,” Beatson said.

“All I can say is we’re waiting on some information back from the AFL, if that’s all positive there’s every likelihood Paddy will be with us.

“Last year we were looking at him at both ends of the ground. He’s got the flexibility to play both ends and it’s good for your list profile if you’ve got players that have got the capacity to do that.”