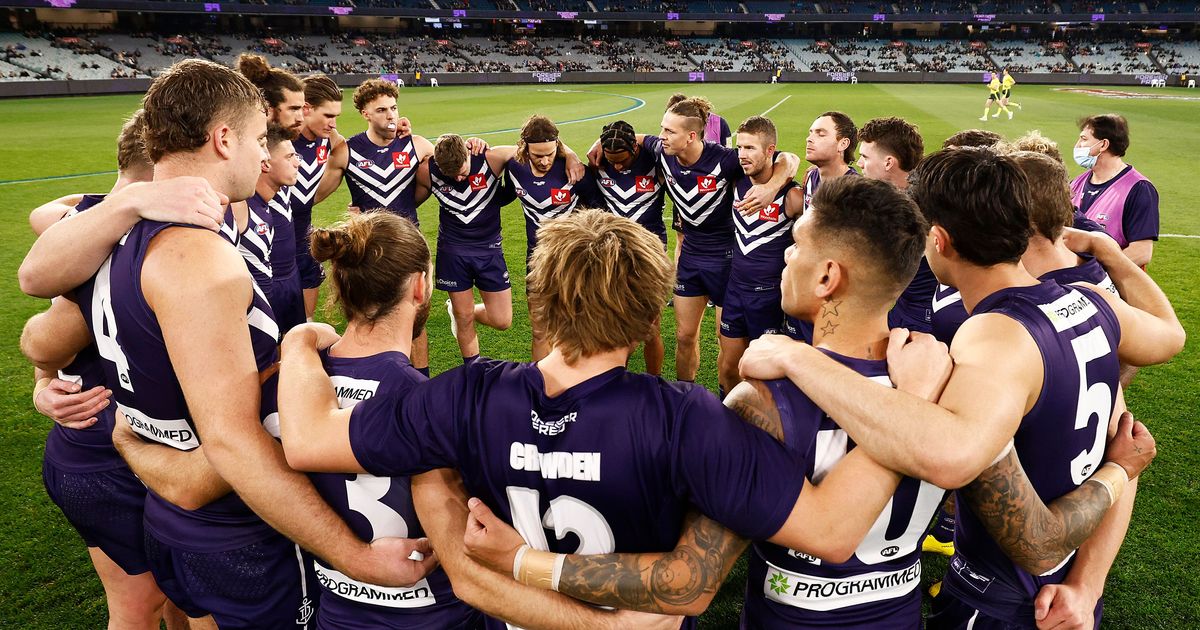 FREMANTLE has targeted its first AFL premiership inside the next four seasons and a total of at least 80,000 members as part of a strategic plan released at Tuesday night’s annual general meeting.

And the 27-year-old club wants to add its first AFLW flag in the same timeframe as it plots for a minimum of three top-four finishes for both of its elite teams in the next four seasons.

The Dockers drew up their 2021-25 strategic plan earlier this year and have released it publicly so their most important stakeholders have “a clear understanding of the direction their club is taking and can hold us to account”.

“We feel we’ve built a really strong foundation to launch into what we’re planning to be a period of sustained competitiveness and ultimately, success,” chief executive Simon Garlick said.

“There’s always a risk when publicising our aims and aspirations but I also think that’s the beauty of it.

“We’d much prefer to set ourselves ambitious goals and do everything we possibly can to achieve them and put ourselves on the hook to do so, rather than quietly keep your head down and not attract too much attention.”

The Dockers last played finals in 2015 and have finished in the top four four times in their history, with a solitary Grand Final appearance in 2013.

They made significant improvements in 2021 in coach Justin Longmuir’s second season in charge before finishing 11th with a 10-12 record, with optimism their finals drought will end in 2022.

“We are a club that knows we haven’t delivered to our full potential for periods of our existence,” Garlick and president Dale Alcock write in the introduction to the club’s five-year plan.

“We don’t recoil from that, we accept it and embrace the resilience, drive and determination that comes with that kind of history and territory.

“Our strategic plan will be brought to life over the coming years as a result of our unapologetic and unwavering focus and commitment to our revised purpose, vision and what we now call our anchors.”

Another of the Dockers’ strategic objectives is to lift its average attendance at Optus Stadium to 50,000, and 6,000 at Fremantle Oval for AFLW matches.

The club drew an average crowd of 40,895 for home matches at Optus Stadium in 2019 before attendances were impacted by COVID-19 across the past two seasons.

Financially, the club wants to ensure a net profit every year for the 2021-25 period and build a cash reserve of $5 million, while ranking top three in the AFL for sponsorship and advertising revenue.

Five years after relocating its headquarters to Cockburn in Perth’s southern suburbs, the club has committed to a continued investment in its new facilities while having a “sustainable, visible and contributing presence in Fremantle”.