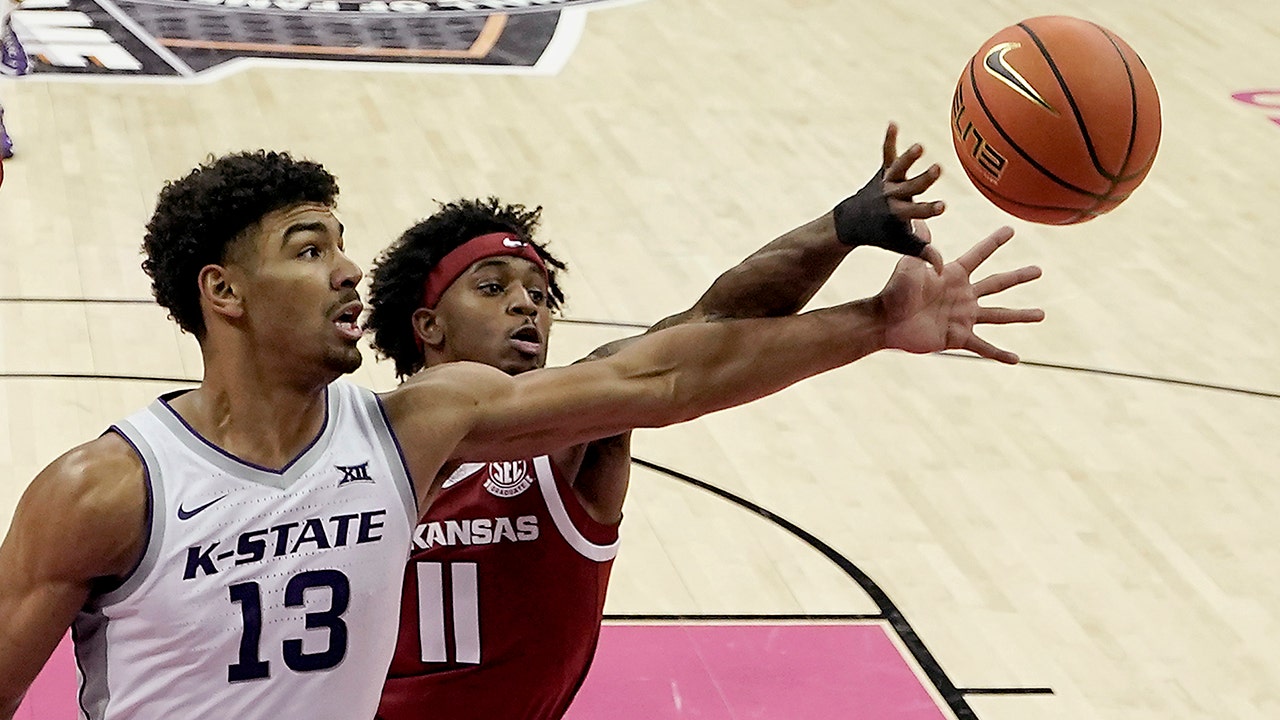 Connor Vanover scored 14 points, Chris Lykes was perfect from the foul line down the stretch and No. 13 Arkansas survived after blowing most of an 18-point lead to beat Kansas State 72-64 in the Hall of Fame Classic on Monday night.

Lykes was 10 of 10 from the foul line on the way to 14 points. Au’Diese Toney added 13 points and JD Notae had 11 — though he was just 4 of 17 from the field — as the Razorbacks (4-0) advanced to play Cincinnati for the title Tuesday night.

The Bearcats overcame an early 15-point deficit to beat No. 14 Illinois 71-51 in their semifinal game.

The Wildcats (2-1) almost mounted an even bigger comeback, clawing back from a 42-24 deficit at the break.

Selton Miguel did most of the work with 14 points and nine rebounds, while Nijel Pack added 14 points and Markquis Nowell hit a couple late 3-pointers and finished with 10 before fouling out.

The Razorbacks led 12-4 at the first media timeout, 19-8 at the second and 28-11 by the third as the Wildcats struggled on both ends of the floor. Their only recourse against 7-foot-3 Vanover was to foul him — he went 8 for 8 from the free-throw line in the first half — and Toney and Notae provided ample scoring punch from the outside.

The lead stretched to 18 and for once it appeared coach Eric Musselman would have an easy evening.

The Wildcats made him sweat in the second half.

Miguel was the instigator in the opening minutes, driving to the basket and getting a couple of shots to go high off the glass. Luke Kasubke finally ended the Wildcats’ maddening 0-for-13 drought from the 3-point line, and they later scored seven straight points to cut what had been an 18-point lead to 53-43 with 10:25 to go.

It’s not the first time the Razorbacks have had to deal with pressure.

They got off to a slow start against Mercer and trailed by one with 9:41 to play before an 18-3 run to seize control. They were tied with George Washington early before a 29-5 run put that game away. And they trailed Northern Iowa 75-72 with 4:25 remaining before they finished with a 21-5 charge.

When the Wildcats got within 60-52 on Nowell’s 3 with 4:27 left, Notae answered with a driving basket at the other end. When Pack made a couple foul shots to make it 62-54, Lykes answered with two of his own. And when Pack hit a 3 to make it 66-60 with 54 seconds left, Lykes made two more free throws to put the game away.

Arkansas was just 9 of 25 in the second half and 0 for 7 from beyond the 3-point stripe, and that poor shooting is why the Wildcats made a game of it. Notae in particular struggled with his shot while committing five turnovers and four fouls.

Kansas State proved the final 20 minutes that it can play with a highly ranked team. It’s just that the Wildcats were so slow getting out of the break that they didn’t give themselves much of a chance to actually win the game. They finished 3 of 22 from the arc with Ismael Massoud going 0 for 8 from the field and 0 for 5 from 3.

The Razorbacks will play Cincinnati for the title. Kansas State plays No. 14 Illinois for third place.