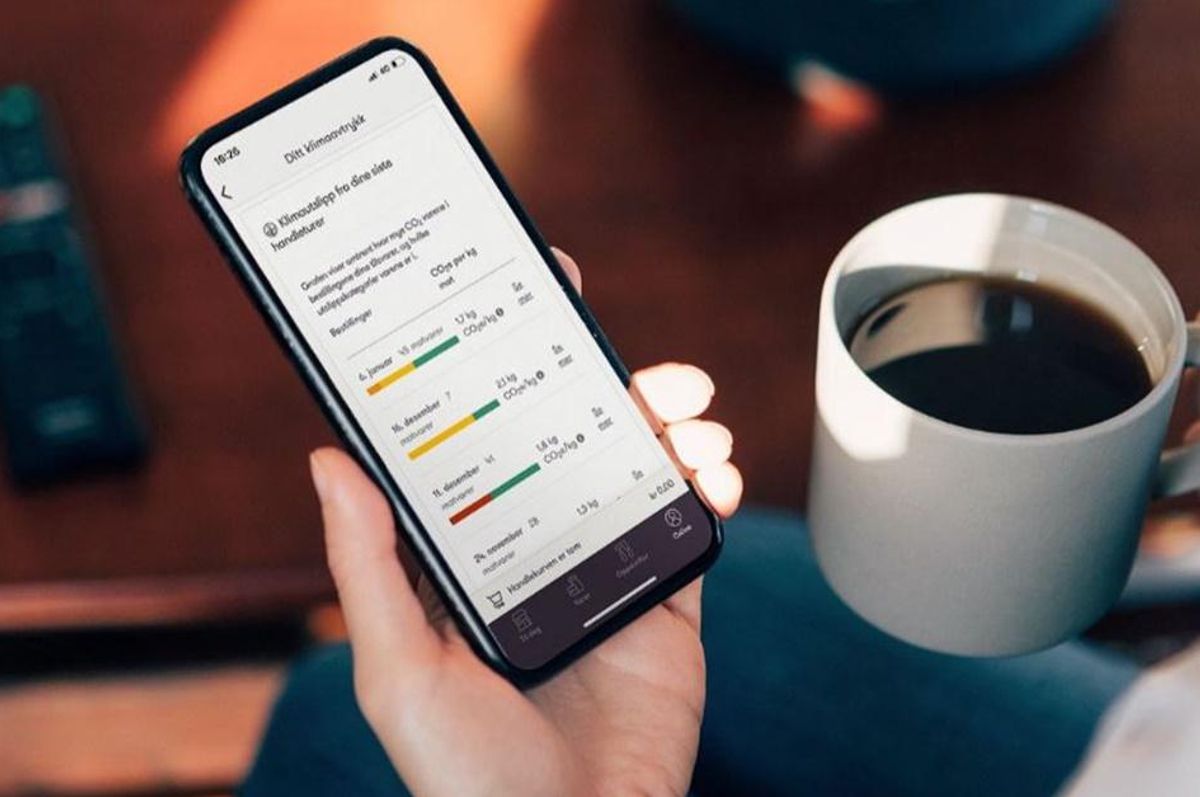 A new program from Norway shows that when you educate people and give them the ability to make sustainable choices, many will do the right thing.

Oda, the most popular online grocer in Norway (formerly known as Kolonial.No), wanted to cut its CO2 emissions in half by 2025. To reduce its carbon footprint, the company switched from plastic bags to paper boxes and upgraded its delivery vans to electric. But those changes weren’t drastic enough to hit its goal.

The company then took a hard look at its biggest source of carbon emissions, its own products. It knew that the only way it could make a real impact would be by changing the food its customers purchase and consume.

“Our customers told us that they find it close to impossible to know what is climate-friendly. We thought it was an important challenge to solve so we started looking for easy ways to communicate emissions,” Louise Fuchs, sustainability director at Oda, said according to Yahoo News.

“We do not want to point fingers and tell our customers what to buy and what to avoid,” she added. So the company decided to create climate receipts that not only show the food’s cost in kroners but CO2 emissions, too.

Oda rated the CO2 emissions of its products and grouped them into four different categories: low, medium, high and very high. Here’s an example of the carbon footprint of various foods that Oda sells. 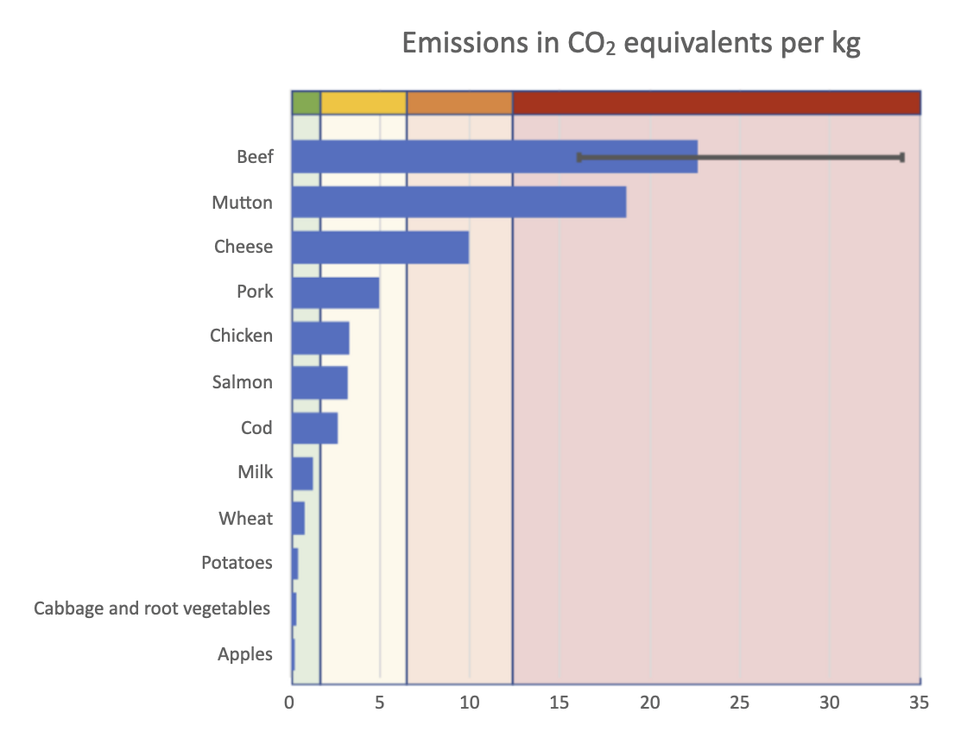 The graph is eye-opening because it shows the high price that we pay as a species for our reliance on eating red meat. Conversely, it shows why eating fruits and vegetables is a better choice for the planet.

According to The Guardian, meat production is responsible for 57% of all food production emissions. While only 29% comes from the cultivation of plant-based foods.

After checking out, customers now can see how their grocery shopping affects their carbon footprint. 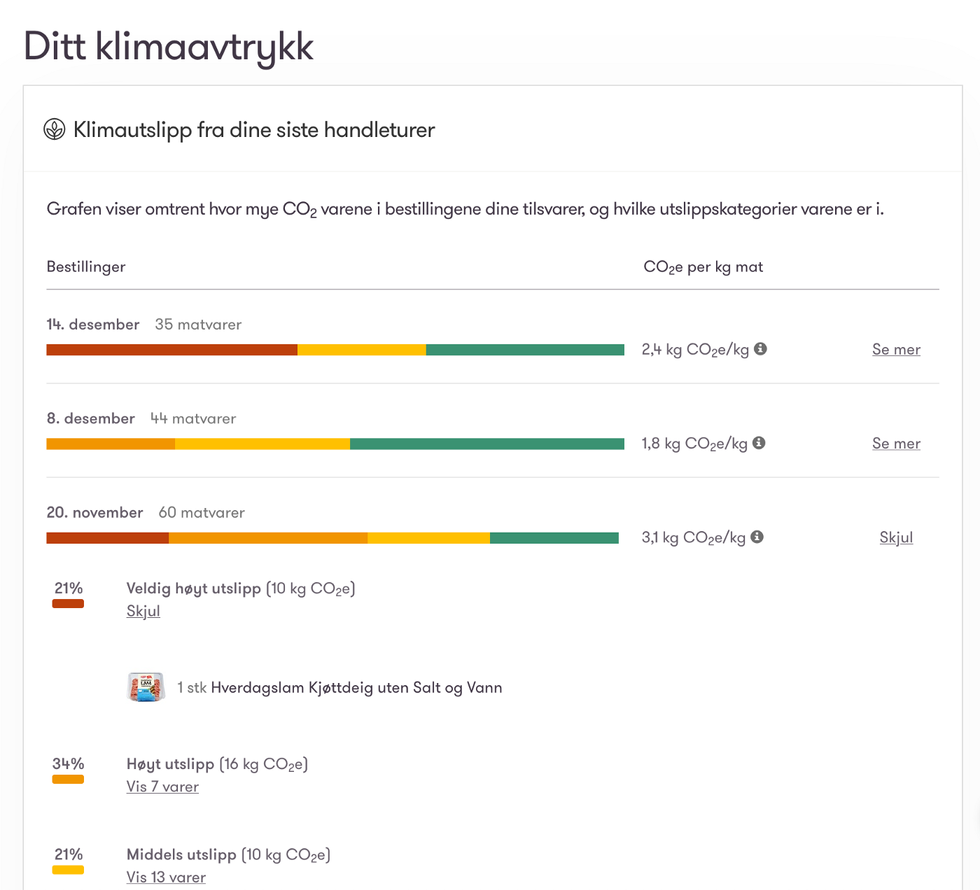 Oda’s new program has been a resounding success because its customers have made huge changes in their shopping habits after realizing how they affect the planet. “Our customers already bought buy more than 50 percent more fruit and veg than the average consumer and meat substitutes are growing 80 percent year-on-year since we added the carbon receipts,” Fuchs said.

“Lentil soup was one of our top ten sold recipes last year—the previous years it was nowhere near the top ten,” she added.

Oda’s simple, but effective plan to educate its customers is a great way to encourage people to make planet-positive choices. It’s also commendable because the company is clearly putting the planet before profit by prioritizing sustainability.

“We were the first in Norway to create the climate receipt and a year after we have seen examples of other grocers following the trend. This is great news for the consumers and we hope more will follow,” Fuchs said.

There are a lot of people that want to do more to help the planet, but they’re not sure how. Oda’s receipts empower the average person by giving them the information they need to make climate-friendly choices on a regular basis. Let’s hope this idea catches on in other countries so that more people are encouraged to shop and eat more sustainably.