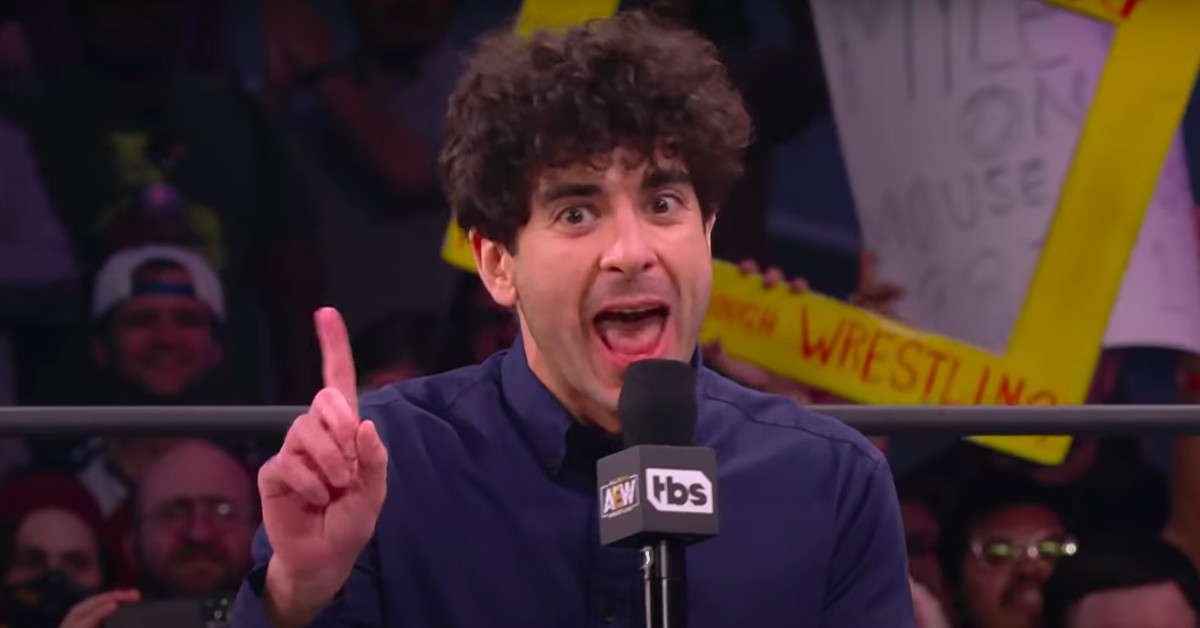 AEW owner Tony Khan stood in the middle of the ring on Wednesday night to deliver a “huge announcement” he’d teased for over a week. Voice quivering, it was unclear whether his nervousness came from excitement, or speaking it front of a live crowd and huge television audience. Then came the news: Khan had purchased Ring of Honor (ROH), a vanguard of modern professional wrestling since 2002 that has recently fallen on hard times due to a drain of talent and poor ownership.

There was always an expectation Khan would be interested in making a deal with ROH, but the assumption had largely been that he would seek to acquire the company’s 20 year tape library, containing matches of some of the biggest stars on AEW’s roster like C.M. Punk, Bryan Danielson, and the Young Bucks. However, the twist came with the revelation that AEW was buying everything, the library, the brand, trademarks, heck, even the ring and production equipment would come under his ownership.

This is where things get exciting, and where the landscape of professional wrestling has the opportunity to change. The rapid expansion of AEW has come at a time where industry leader WWE has tried to reduce costs and run a leaner operation. It’s resulted in the release of brilliant wrestlers, huge names, all in service of saving money. As a result, AEW’s roster has swelled in the last year, signing dozens of independent, and former WWE wrestlers, bumping some of its young, up-and-coming talent down the card, and even off TV as a result.

It’s unquestionably been the biggest challenge for AEW as it continues to grow. Even with its talent-friendly scheduling, which allows wrestlers to take time off away from TV, the sheer number of performers has exceeded the three hours of programming AEW currently has. It’s led to speculation whether the company would need to cut some of its own talent, out of fairness to the wrestlers as much as anything else, especially if they can’t get matches on a regular basis.

The acquisition of ROH potentially changes all of that. It should be noted that we don’t really know what the plans for the company are, but there’s a potential path here that’s fascinating: Rebooting ROH, providing a showcase for AEW’s young talent, adding programming as a result. It coincides with rumors the wrestling company could be finalizing a streaming deal with HBO Max, which would make ROH intriguing original programming for the platform, along with the tape libraries of ROH and AEW.

More importantly, it would offer a home for those younger talents to get matches. There’s a huge swath of wrestlers on AEW’s roster who have the potential to be future cornerstones of the industry, but who aren’t yet ready to main event a major show. Looking at the tea leaves, we can imagine a scenario where ROH becomes, I don’t want to say developmental, but more of a minor league brand to return to its roots as a showcase of incredible wrestlers who need more seasoning.

Regardless of whether you’re an AEW fan, a WWE fan, or watch both companies equally, there’s no doubt that the wrestling industry as a whole is better for having more well-run organizations for wrestlers to work. It’s a rising tide that will continue to lift all ships, and as a fan of professional wrestling, it was sad to see ROH decay into a husk of its former glory. Now we can see a proud return of a wrestling company with a legacy, and history that deserves celebration.

There’s no one party to blame in all this. As it stood, ROH still had amazing wrestlers putting on incredible matches, but years of top talent draining out of the company, paired with an inability to fill their roles, put ROH on life support. Then in 2021, it was announced that the company was going on hiatus, with a tentative return schedules for April — though many believed the operation would cease all together.

Tony Khan and AEW didn’t just throw a lifeline, they gained the ability to bring back a legendary wrestling brand. Time will tell what that looks like, but it’s undoubtably exciting to imagine the possibilities moving forward.