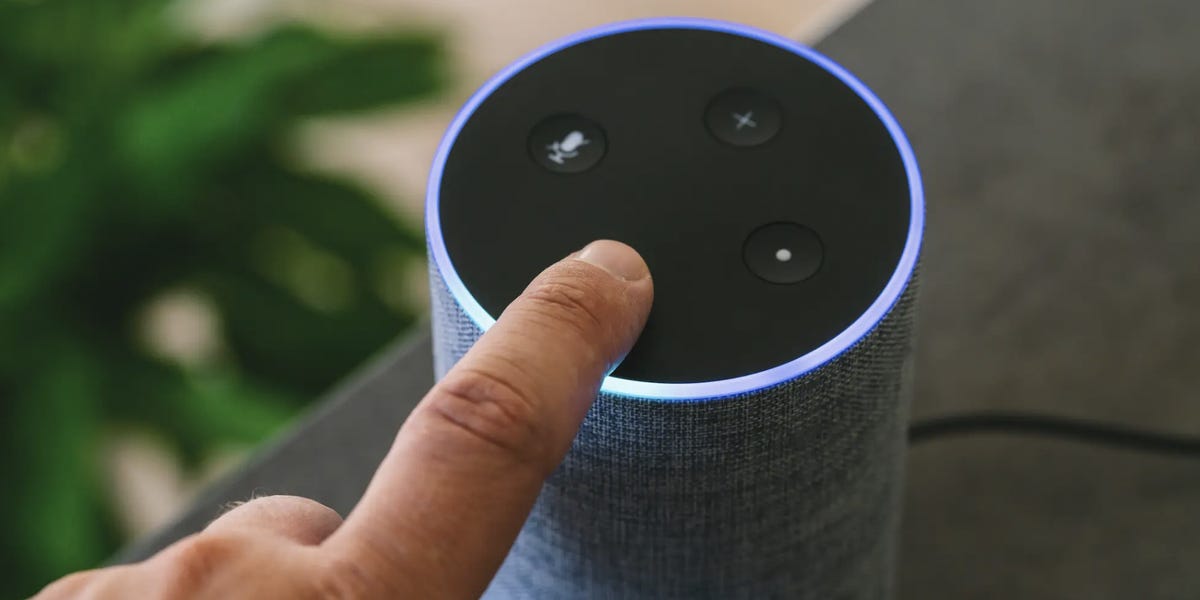 Amazon is teaching Alexa to mimic anyone’s voice, dead or alive, from just a one-minute recording of that voice.

Rohit Prasad, Amazon’s head scientist for Alexa, said at a live event on Wednesday that his team has been instructing Alexa to pick up a voice from a short audio clip and convert it into longer audio output. Prasad was presenting at Amazon’s re:Mars conference in Las Vegas.

He showed a short video of how people could use Alexa’s voice-changing capability in real life. In the clip, a boy asks: “Alexa, can grandma finish reading me the Wizard of Oz?”

The smart speaker confirmed the request in its default chirpy voice, then transitioned to a less robotic voice that narrated an excerpt from the children’s novel.

“This required inventions where we had to learn to produce a high-quality voice with less than a minute of recording versus hours of recording in the studio. The way we made it happen is by framing the problem as a voice-conversion task and not a speech generation path,” Prasad said.

Prasad said Alexa’s ability to impersonate familiar voices is particularly crucial now, as many people lost loved ones to COVID-19.

“While AI can’t eliminate that pain of loss it can definitely make their memories last,” he said.

Prasad did not say when Amazon would introduce Alexa’s voice-imitation capability to the public. Amazon did not immediately respond to Insider’s request for comment.

Alexa’s ability to mimic voices is a form of artificial intelligence (AI) that Prasad called “generalizable intelligence.” The ability helps Alexa adapt to different situations and acquire new knowledge from the experiences with little supervision, he said.

It’s different from the “all-knowing, all-capable” artificial general intelligence, or AGI, that aims to understand human tasks and intellect to solve problems, said Prasad. Organizations including Google’s DeepMind and Elon Musk’s OpenAI are both focused on perfecting AGI.

Amazon is not the only company working on developing tech that can imitate human voices. Last month, Japanese toy maker Takara Tomy debuted a voice-shifting, egg-shaped device called Coemo that copies adults’ voices and uses them to read stories to children.

Many are spooked by AI’s ability to imitate human functions

On Twitter, people were divided over Amazon’s plans to teach Alexa to mimic human voices.

One person, who uses the Twitter handle “Maltese Mama,” said Alexa could keep their parents, who have dementia and live far away, mentally active. “We have caregivers going daily but being able to peak (sic) in or even better drop in with a video call is amazing,” they tweeted in response to Prasad’s presentation.

But many others voiced concerns about the technology.

“Umm, so how soon will criminals be able to use it to call your family members begging them to Venmo cash? Or ask them for social security numbers? Or bank information?” tweeted a user with the handle bitty_in_pink.

Others, including a Twitter user who goes by “Luke,” said they were creeped out by the thought of it.

“It’s sweet but at the same time incredibly creepy… I lost my mum last year in August and would die to have one last proper conversation with her but I wouldn’t do it for a goddamn circular device,” he wrote.

Experts have long been concerned about AI’s ability to imitate human functions. In 2015, Musk funded several AI projects, including OpenAI, to ensure that researchers were using the technology only for beneficial purposes. Earlier this month, an engineer claimed that a Google chatbot had become sentient, but AI experts said it was far from being self-aware.