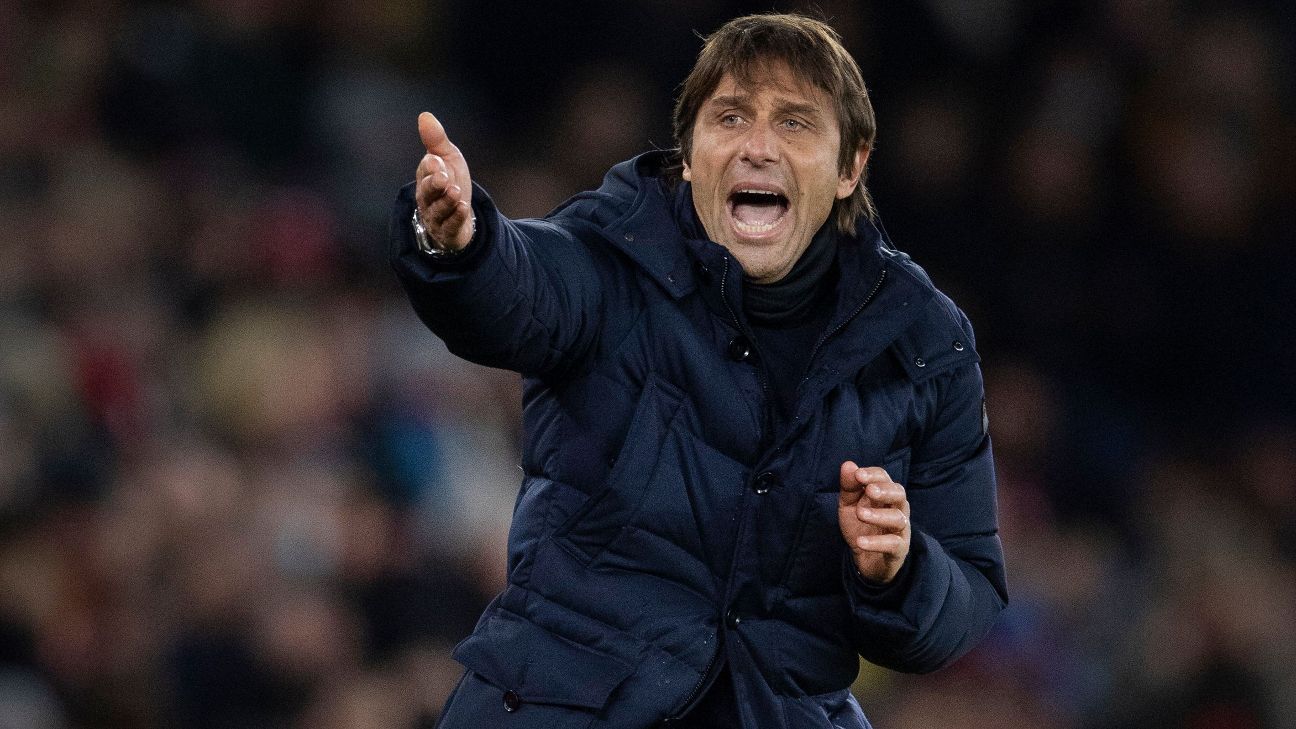 Antonio Conte has said Arsenal are “ahead” of Tottenham Hotspur in their mission to return to the Premier League’s elite ahead of Sunday’s north London derby.

Conte succeeded Nuno Espirito Santo as head coach in November and is attempting to take Spurs back into the Champions League by securing their first top-four finish since 2019.

Arsenal’s absence from the competition is longer, having failed to qualify for the Champions League in the past five years, but they are enjoying a revival under Mikel Arteta since his appointment in November 2019 after spending £140 million on five new signings last summer.

Conte is pushing Spurs to make similar moves in the January transfer market. ESPN reported last week that the Italian is ready to part with six players this month and has identified Wolves winger Adama Traore as his first potential signing.

With just one place and two points separating Arsenal and Spurs, who have two games in hand, Conte said: “They’re working, they’ve started to work and build something important. They had more time than us and Arteta has the possibility to work with the players for a couple of years, also to go in the transfer market.

“I think they’re doing a good job in this moment. Maybe for this reason they’re ahead in the project than us because they started earlier with the same coach. Now they’re having good results. Arsenal is a really good team. But we want to understand, to play this type of game and know how much we’re improving from the last period.”

The Premier League said in a statement on Friday that Arsenal have requested to postpone Sunday’s fixture, citing issues with player availabilities due to COVID-19.

Sources have told ESPN that Arsenal had been in contact with the Premier League over postponement of the fixture, with Martin Odegaard out due to COVID-19 and a raft of injuries compounding the absences of Mohamed Elneny, Thomas Partey, Nicolas Pepe and Pierre-Emerick Aubameyang at the Africa Cup of Nations. Further testing was due to take place on Friday.

The Premier League will review the request and make a decision on Saturday.

Arteta said he has been unable as yet to assess the squad’s match availability after being unable to fly back from their draw to Liverpool in the Carabao Cup semifinals on Thursday.