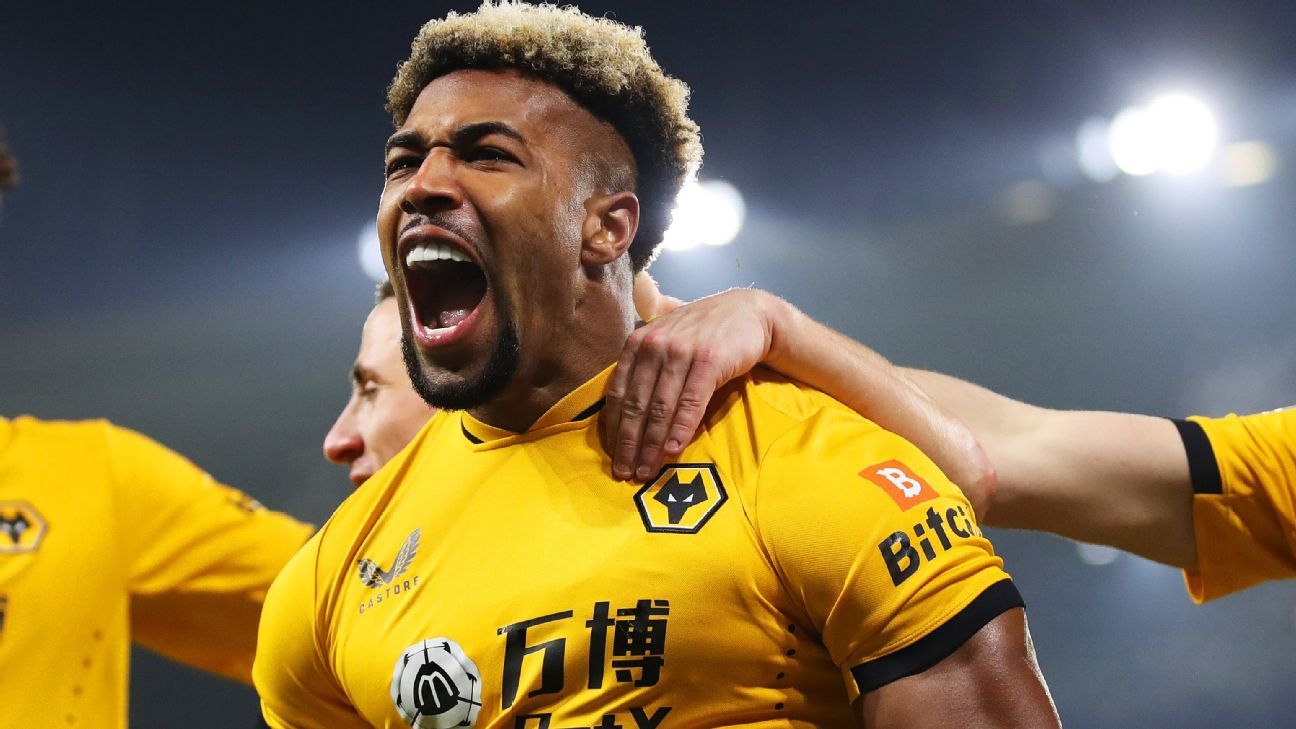 Barcelona have completed the signing of Wolverhampton Wanderers winger Adama Traore on loan until the end of the season, the club have announced.

Tottenham Hotspur had been in talks with Wolves for some time, sources previously told ESPN, with boss Antonio Conte eyeing Traore as a possible wing-back option in his preferred 3-4-3 formation.

While it is understood the winger harboured some reservations about that role, sources have told ESPN the bigger issue was a failure of both clubs to agree a fee with Spurs reluctant to pay much beyond £20 million.

Traore, 26, returns to Camp Nou after nearly seven years away, having come through the club’s youth academy. He becomes Barca’s third signing in the January transfer window following the arrivals of Dani Alves and Ferran Torres.

If Barca decide to sign Traore in the summer, the fee could be negotiated if Wolves also exercise a clause to make Francisco Trincao’s move permanent.

The Premier League side have an option to sign the Portuguese attacker, who is on a season-long loan from Barca, for €30m at the end of the season.

Both players are represented by Jorge Mendes, who also oversaw Nelson Semedo‘s €30m move from Barcelona to Wolves in 2020.

Barca coach Xavi Hernandez has been keen for the club to strengthen in attack since taking over in November. Ferran Torres arrived from Manchester City for €55m earlier this month but a hamstring injury to Ansu Fati accelerated the need for further reinforcements.

Juventus‘ on-loan striker Alvaro Morata is also a target, but sources have told ESPN that doing a deal with his parent club Atletico Madrid, who are competing with Barca for a top four spot in LaLiga, is proving difficult.

Traore was born in L’Hospitalet de Llobregat in Catalonia and joined Barca’s academy in 2004, progressing through the age groups before making four appearances for the first team.

During three-and-a-half seasons with the Premier League side, he has made 154 appearances, scoring 11 goals.

Traore has won eight international caps for Spain since making his debut in 2020. He was part of Luis Enrique’s squad for Euro 2020 last summer as La Roja reached the semifinal, where they were eliminated by eventual winners Italy on penalties.