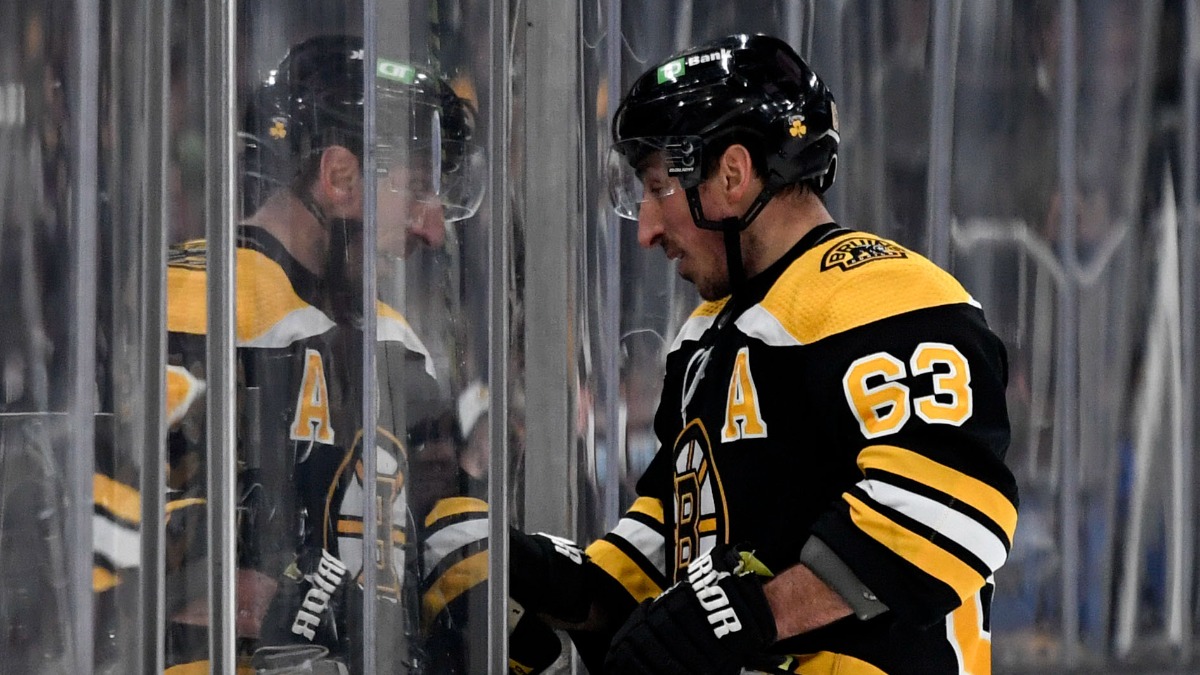 BOSTON — The Boston Bruins came away with the result they hoped for Thursday against the Washington Capitals, but took a couple hits in the process.

Both Brad Marchand and Anton Blidh were forced to leave the 4-3 win early due to injuries sustained from massive hits from Capitals players. First Blidh left in the first period after a hit from Capitals forward Tom Wilson then Marchand followed later in the contest after what some are calling a dirty hit from from Washington forward Garnet Hathaway.

After the game, Bruins head coach Bruce Cassidy gave a short update on both players’ injuries before talking about the specific hits themselves.

The Boston coach had much more to say about the two hits laid on Blidh and Marchand.

“Well, the Blidh one, he kind of came into the middle of the ice and saw him at the last minute,” Cassidy said. “Listen, Wilson hits hard, we’ve seen that. Some clean, others not clean but I didn’t mind that hit in terms of I thought he went for the chest. I thought he kept the elbows down. So from my vantage point I didn’t see anything other than a hard hit that obviously you wish Anton had just caught him in his view half a second earlier to protect himself.