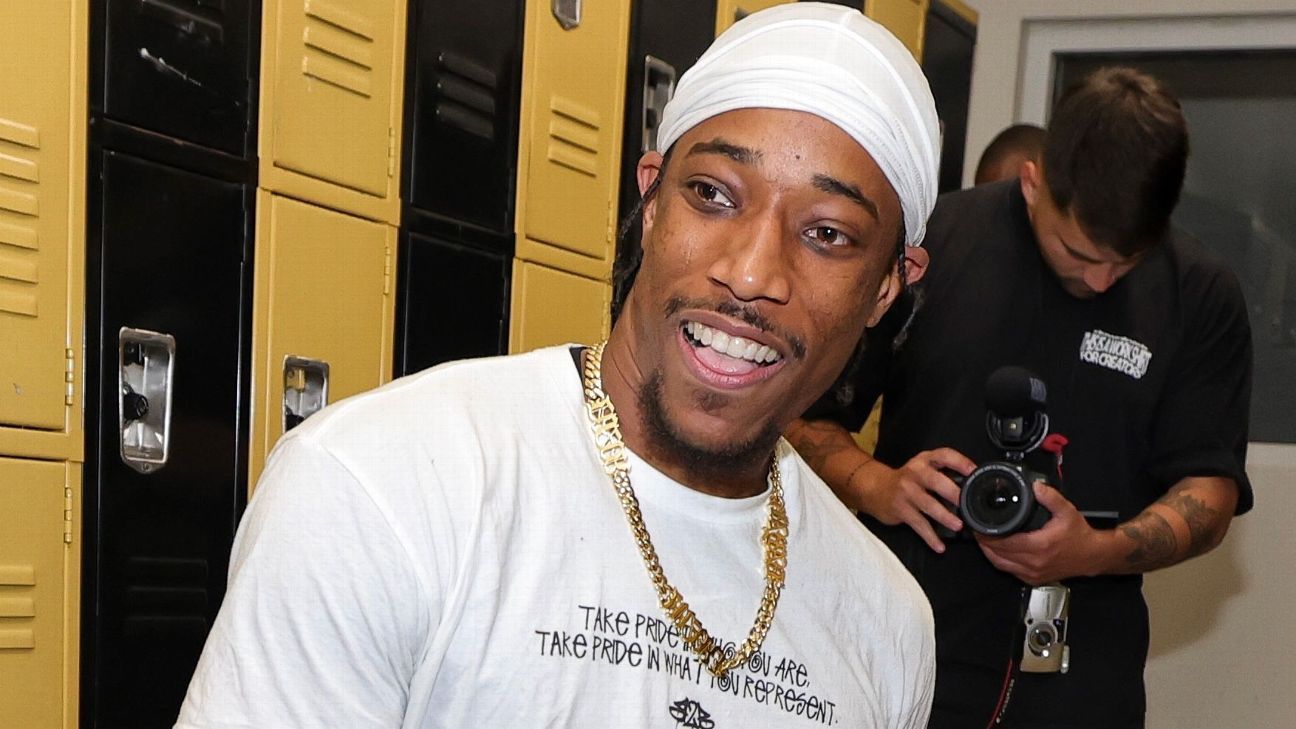 Few pro-am basketball organizations carry the level of star power as the Drew League. The Los Angeles-based summer hoops league features high-level competition from a collection of professional and amateur players. The circuit has seen plenty of big-name NBA ballers since its establishment in 1973.

Brooklyn Nets forward Kevin Durant, Los Angeles Clippers forward Paul George and Philadelphia 76ers guard James Harden are among the players who thrilled spectators in the past with outstanding performances. The prominent talent has also brought out notable celebrities to watch courtside.

More NBA athletes have laced up their kicks for the Drew League this year, and the action hasn’t disappointed. From long-awaited returns to young stars putting on a show, the hardwood action in L.A. has been electrifying.

Here’s a look at some of the NBA stars who have played in the Drew League this summer:

DeRozan is set to make his second Drew League appearance of the summer at 4:30 p.m. PT (7:30 p.m. ET). In his first appearance July 16, he and Los Angeles Lakers star LeBron James joined the MMV Cheaters and took over. The duo combined for 72 points and 30 rebounds in a 104-102 win.

👀 @DeMar_DeRozan will be making his return to #TheDrew today at 4:30. Here’s a look at what Deebo did the last time he was at #TheDrew a few weeks ago. pic.twitter.com/GzJW2lBjzM

Thomas, who recently played for the Charlotte Hornets this past NBA season, took his talents to the Drew League and put on a show. He played for Ghost, scoring 45 points in a 103-85 victory. He showed off his marksmanship from deep by hitting seven 3-pointers during the game and also channeled his inner Dirk Nowitzki with a one-legged shot in the third quarter. Thomas also logged 5 assists and 2 rebounds.

🗣 TURN ME UP I.T.@isaiahthomas knocks down back-to-back triples at #TheDrew

I.T. putting the finishing touches on his 45 point game at #TheDrew 🚒 pic.twitter.com/Aj0r2bpqIz

Thomas wasn’t the only player from the NBA fraternity on his team. Former NBA forward Corey Maggette was also on Ghost, and he and Thomas connected for an and-one layup in the first quarter.

The NBA Vets link up for the and-1 connection on the NBA App: https://t.co/VUH9HSFyIk pic.twitter.com/yHG8qVnHvR

After the victory, Thomas took to Twitter to summarize his performance.

Young has been itching to play in the Drew League once he learned Los Angeles Lakers superstar LeBron James and Chicago Bulls guard DeMar DeRozan participated the week before. He finally got his chance, sharing the court with Atlanta Hawks teammate John Collins on the Black Pearl Elite squad.

Look who pulled up to @DrewLeague 👀

A highlight from the duo’s outing on Saturday was a flashy alley-oop dunk from Young to Collins. The Hawks point guard continued to entertain the crowd by showing off his dribble package and accuracy from 3-point range.

Trae Young and John Collins showing out in the Drew League ♨️

The highlight-worthy plays weren’t enough, however, as Black Pearl lost to the Citi Team Blazers 103-100. .

After a decade-long hiatus, James made his Drew League return, teaming up with DeRozan on the MMV Cheaters. With stars like Golden State Warriors forward Draymond Green and hip-hop artist Quavo in attendance, James and DeRozan took over.

James dazzled with 42 points, 16 rebounds, and 4 steals, while DeRozan balled out with 30 points and 14 rebounds en route to a 104-102 win over Black Pearl. Both NBA hoopers also brought the competitive edge, as James disputed a call with referees and DeRozan exchanged words with an opponent.

During the game, DeRozan showed his chemistry with James on a sweet dime that led to a dunk.

DeMar to LeBron for the THROWDOWN ‼

James, who is entering his 20th NBA season at 37 years old, showed he still has hops on a posterizing slam. He also wore his unreleased Nike LeBron 20 sneaker in a pink colorway.

Both players posted images to their social media accounts after a successful on-court collaboration.