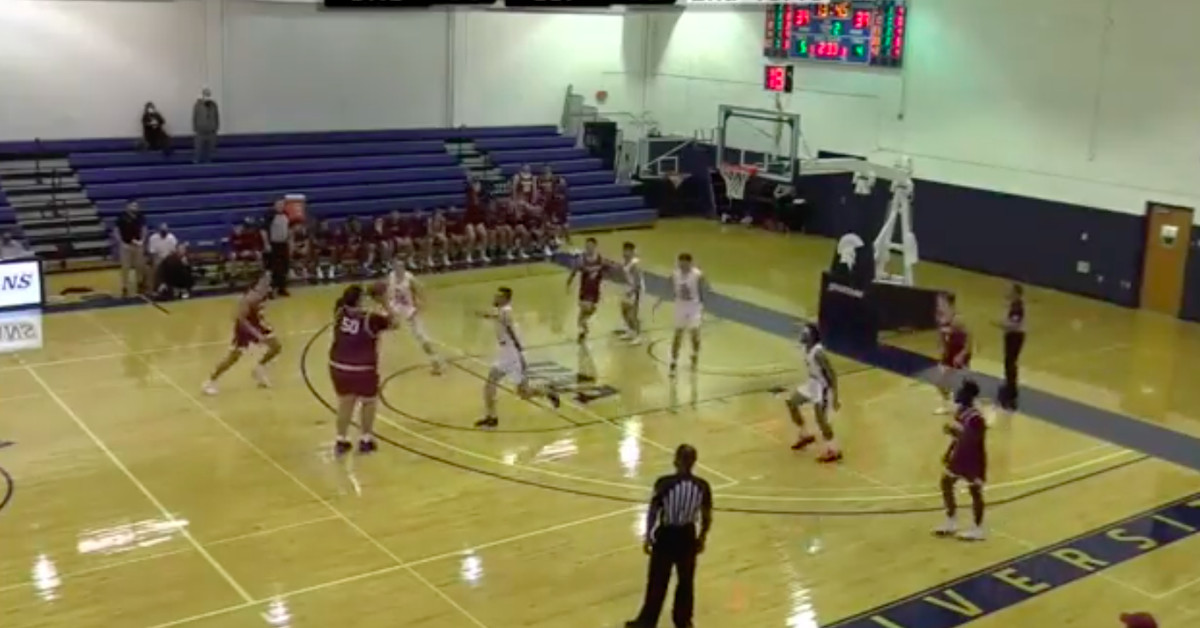 Connor Williams is a big man, in the truest sense of the word. A two-sport athlete in high school, everyone is now noticing the center from DIII St. John Fisher because, well … he’s massive, and delightful. It’s not often you see a 7-foot, 360-pound man who used to play on a football offensive line in college basketball — but here we are.

The tenacity behind Williams stepping on an opponent, roll his ankle, get back up and drop an assist is the stuff of rec league dreams. It also helps that the guy seems honestly, truly delightful off the court.

Rochester First wrote a profile on Williams, and the small-school player has no illusions about his future. He’s not aiming to make the pros, there are no lofty dreams of NBA greatness, he’s just a dude, earning his degree in cybersecurity, and having fun on the court. Also he hates ballhogs, because Connor Williams is all of us.

“I was younger, even up until now, I never liked playing with people who wouldn’t pass the ball,” he said. “It’s always frustrating, whether you’re the best player or the worst player, whatever — when you ballhog, it’s really frustrating to the rest of the team.

“Passing the ball, especially for me, since I get double teamed or triple teamed … If there’s two or three people on me, someone’s open and can get a good shot,” he said. “Scoring is great, but I want my team to be successful, so I think that’s more important to me.”

Be still my beating heart, he is a delight. Now, you might be asking “why are people double or triple teaming this kid?” Well, it’s because he’s actually pretty damn good. The clip of Williams falling went viral over the weekend, but it’s really unfair to judge him from that video alone. He is truly an all-around player who may prefer to pass the ball when possible, but he’s also capable of draining shots from downtown.

Williams can pass, he can shoot, and his presence is such that he demands attention from opponents. He also demands our attention, because he is lovely. I will devour every piece of Connor Williams content I see, and wish this glorious unicorn the best of luck in his entire life.