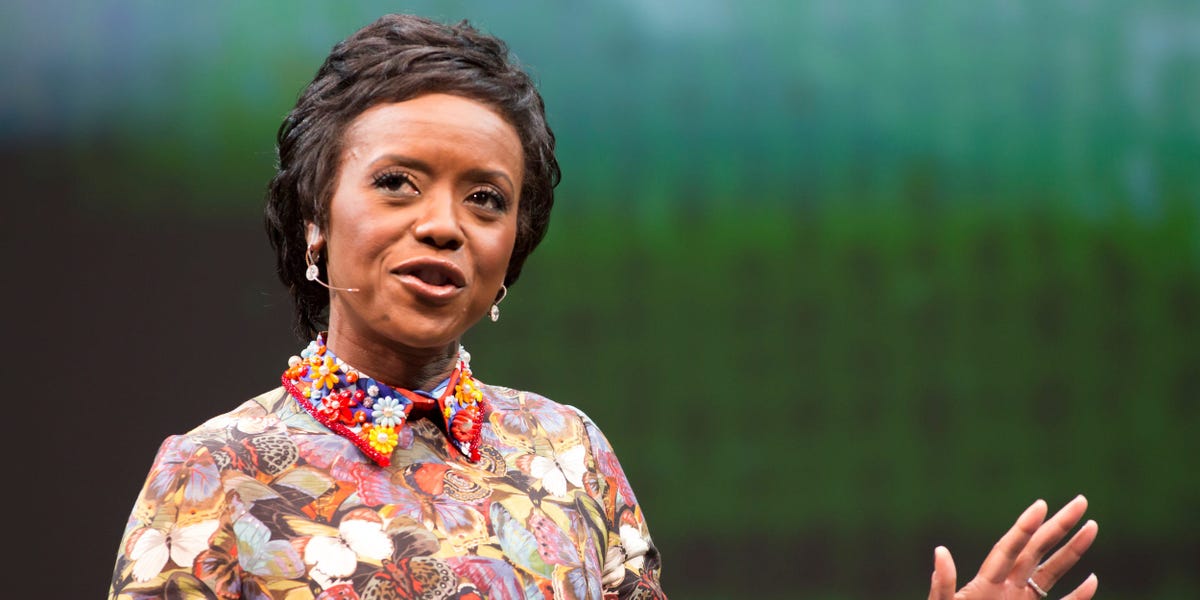 Not for the first time, Mellody Hobson made history this month.

Hobson, co-CEO of Ariel Investments, joined the ownership group taking over the NFL’s Denver Broncos. The $4.65 billion deal appears to make Hobson the first Black woman to become a part-owner in the league.

“This is a big deal. I mean, this is history,” Russell Wilson, the Broncos’ quarterback, recently told The Athletic.

Hobson, 53, has had a long career in finance; serves on multiple company boards; has been honored by her alma mater, Princeton University; and shares an 8-year-old daughter with her husband, “Star Wars” creator George Lucas.

Here’s how Hobson got her start, built her career, and made NFL history.