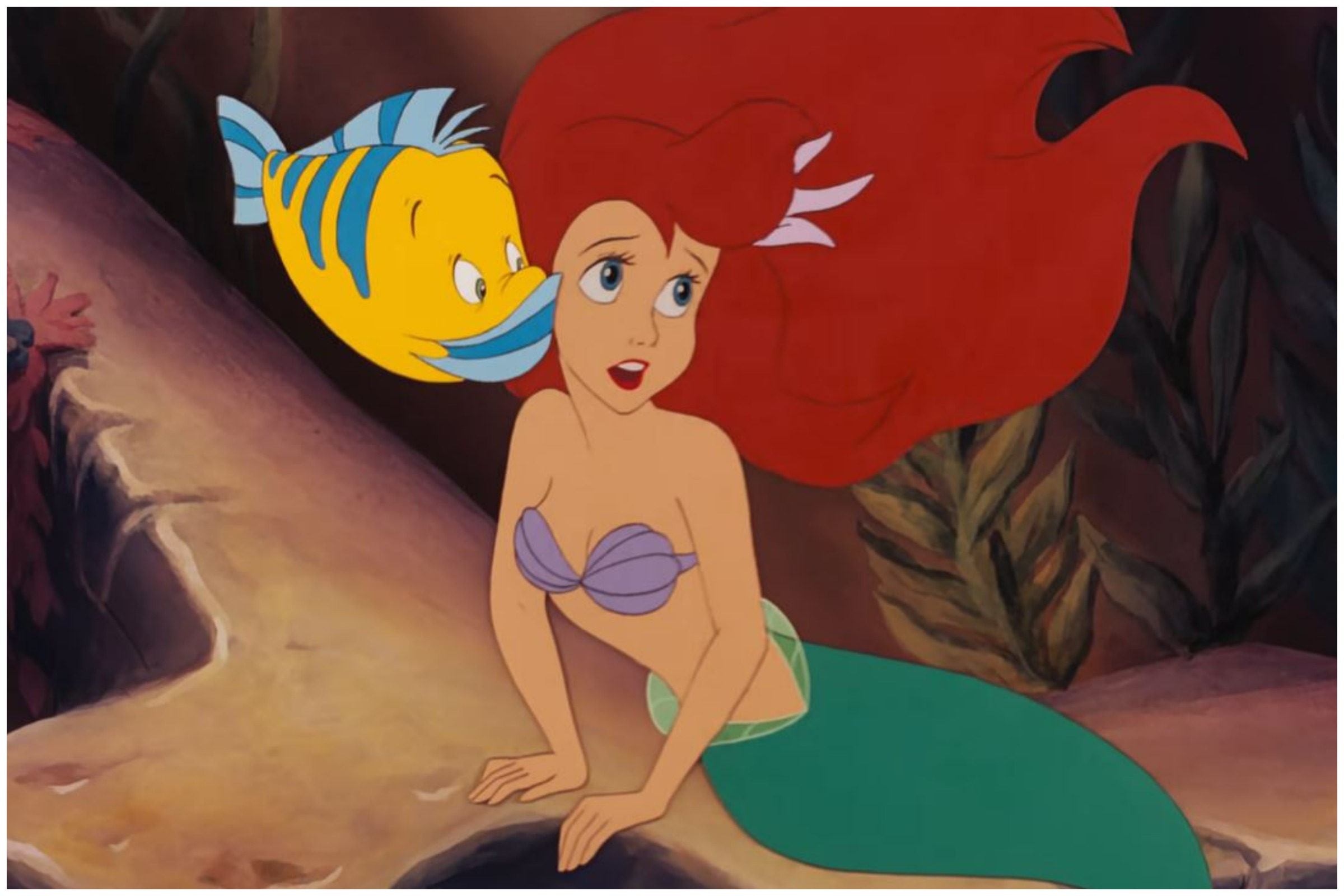 The Little Mermaid is an animated classic from Disney, and probably a firm favorite of your childhood if you grew up in the 1990s.

It tells the story of Ariel, who defies her father, King Triton’s, draconian rule to follow her dreams of visiting the surface.

The plot, loosely based on the 1837 fairytale of the same name by Hans Christian Andersen, sees the teen fall in love with Prince Eric.

A dastardly deal with sea witch Ursula, in which she trades her voice for legs, sees the hapless princess try and win the love of her prince.

In the end, the pair live happily ever after with Ariel not only regaining her voice, but getting permanent legs from her father, and the newlyweds sail into the distance.

The 1989 film won two academy awards, and spawned a sequel and prequel, as well as a TV series, video games and musical, with a live-action film in the works.

Despite the original being more than 30 years old, fans of the underwater epic have only just realized there are a few cameos from some very famous faces.

TikToker Magic Daniell, who styles himself as the “Best Disney Hunter in TT,” shared a clip to his account, @magic_daniell, at the beginning of the month.

The silent clip shows Daniell’s reaction to the scene showing King Triton’s grand entrance in a shell, as he glides above the crowd being pulled by a trio of dolphins.

The scene showing the mer-king above the animated audience only lasts a few seconds, but Daniell paused it, and zoomed in on the throngs below.

Perfectly camouflaged among the masses are the unmistakable shapes of fellow Disney characters Goofy, Donald Duck and Mickey Mouse. Daniell pauses the film and zooms in on the group, as the camera cuts back to his shocked face.

The clip amassed more than three million views, and can be seen here, as die-hard Disney fans admitted they’d never spotted the characters either.

Kadie boggs commented: “Now I gotta get this DVD out play it just to see this part. Wow.”

McTüñêr Owùsü asked: “What the hell are those two doing under the sea.”

Bombarrindo joked: “I wonder how many times he had to pause it to get it just right.”

While Modpodg added: “Kermit is in there too!”

They’re not wrong, as along with the Disney favorites, Kermit the Frog is also drawn into the crowd.

Ron Clements, one of the co-directors, spoke out about the Easter eggs in 2019, coinciding with the film’s 30th anniversary.

He said: “In that particular case, and I would say this is how a lot of these things happen, the animator who animated the crowd in that scene did that himself as a little inside joke,” Insider quoted.

Clements confirmed the team were aware of the additions, and explained why they were left in.

He added: “It was pointed out to us. Sometimes, if it wasn’t pointed out, we wouldn’t notice some of these things. But in that case, it was and we thought it was very funny.

“It was one of those things that you could almost never ever possibly notice in the movie, seeing it in a theater.

“It’s interesting because that was a time when ‘Mermaid’ was one of the first new films to go onto home video and it would only be on home video where you could kind of look at it over and over, and go back and forth, that anyone would ever even have noticed it because it would be almost imperceptible,” Insider added.