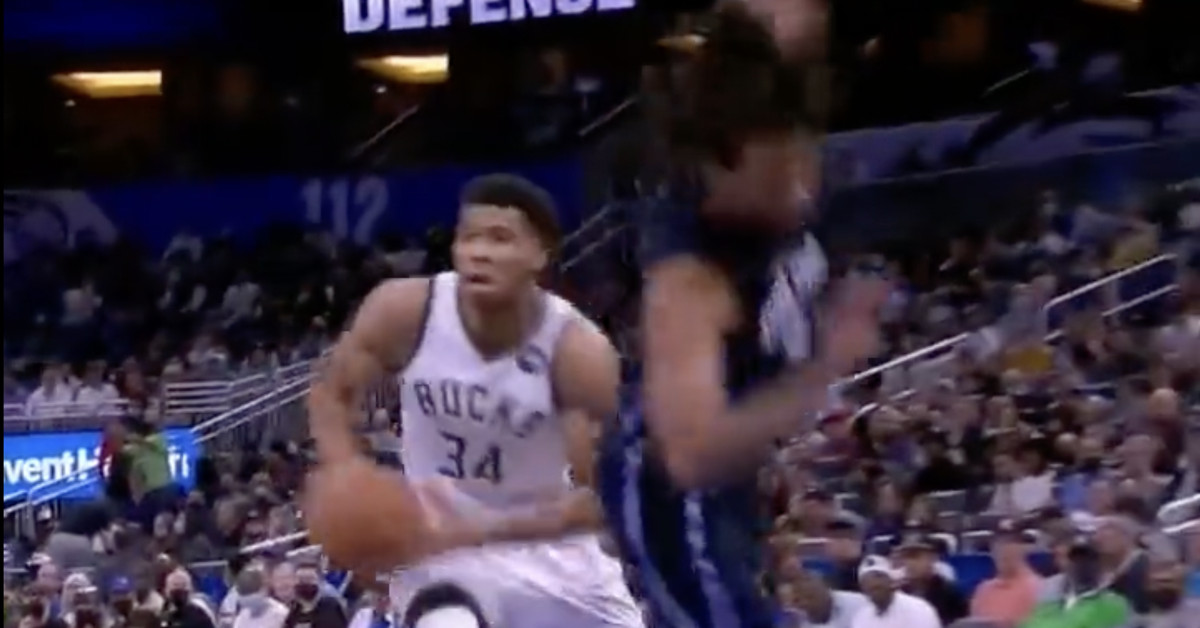 When Giannis Antetokounmpo was selected by the Milwaukee Bucks the No. 15 overall pick in the 2013 NBA Draft, he more or less entered the league as a string bean. Antetokounmpo was listed at 6’9, 196 pounds, which is about what Damian Lillard currently weights despite standing seven inches taller.

Giannis’ body grew as exponentially as his game upon entering the league. He reportedly grew two inches a year after being drafted and eventually put on about 50 pounds of muscle. Today, Antetokounmpo feels like the NBA’s version of the incredible hulk, someone who has combines elite speed, strength, and length to become the game’s most unstoppable force. He has plenty of skill, too, despite what James Harden has to say.

Antetokounmpo has been arguably the best player in the NBA for four seasons now, dating back to his first MVP campaign. It’s hard to believe he just turned 27 years old. Giannis stamped his greatness forever by leading the Bucks to a championship last season — dropping 50 points in the title-clinching Game 6 — and it’s scary to think he’s still getting better.

Giannis might be the most powerful player in the league at this point. Just ask Freddie Gillespie, the Orlando Magic big man who got bodied while trying to defend a Giannis drive to the basket.

Gillespie is listed at 6’9, 245 pounds, and Antetokounmpo threw him like a rag doll. When Giannis gets a head of steam going towards the basket, there is no stopping him.

This dunk was the highlight of another tremendous performance for Antetokounmpo: 27 points, six rebounds, and six assists in a win over Orlando. The Bucks are steadily climbing the Eastern Conference standings after a slow start, and Giannis is at the center of everything they do on both ends of the floor.

It’s hard to believe how much stronger Giannis has gotten since he entered the league. This drive proves it.