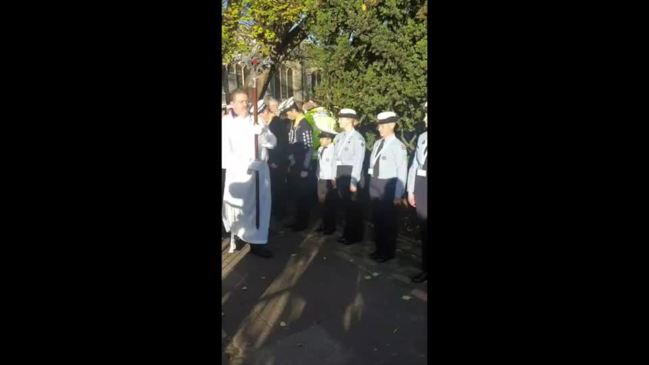 Family and friends gathered to pay respects to Sir David Amess MP at a memorial service in Southend-on-Sea, England, on Monday, November 22. Amess was stabbed to death during a meeting with constituents in Leigh-on-Sea, Essex, on October 15. Ali Harbi Ali, 25, was charged on October 21 with the murder of Amess and preparation of terrorist acts. This footage, posted by the Southend-on-Sea Borough Council, shows the MP’s coffin being carried out of a church by pallbearers. Amess’s family released a statement, which was read by politician Ann Widdecombe during the service. The statement, published by local news outlet The Echo, said: “Strong and courageous is an appropriate way to describe David. He was a patriot and a man of peace. So, we ask people to set aside their differences and show kindness and love to all. This is the only way forward. Set aside hatred and work towards togetherness. Whatever one’s race, religious or political beliefs, be tolerant and try to understand. As a family, we are trying to understand why this awful thing has occurred. Nobody should die in that way.” A second funeral service will take place on Tuesday, November 23, in Westminster Cathedral. Credit: Southend-on-Sea Borough Council via Storyful