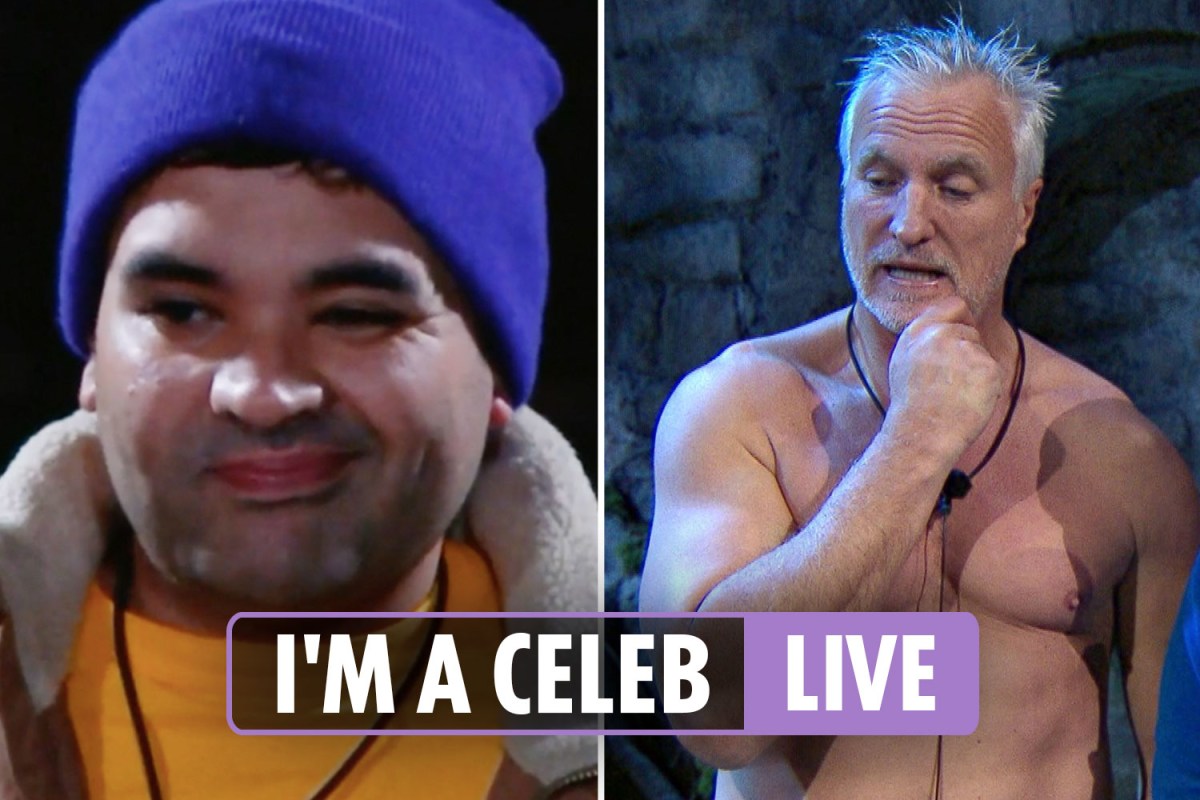 I’M A Celebrity’s Naughty Boy snapped at the rest of his campmates over fears he’s the “weakest link” and David Ginola went topless for the challenge.

The musician broke down after the other camp decided to put him up against Snoochie Shy in the trial.

Naughty Boy couldn’t figure out why his fellow campmates picked him, and wasn’t having any of it when Richard Madeley, Arlene Phillips and Danny Miller tried to comfort him.

Earlier on in the episode footie star David showed off his impressive physique during the head-to-head challenge.

Frankie Bridge, Kadeena Cox, and the viewers are home were left swooning over him.

I’m A Celebrity has been shaken by accusations over stars receiving hot water, cigarettes and heating, despite portraying them living in ‘gruelling’ living conditions.

The revelations come after producers had promised this year’s series in North Wales would be the “toughest” so far for stars.

But, to the disappointment of I’m A Celeb fans, it turns out the cossetted stars have a heated Portakabin where they can wait as they prepare for trials, as well as being supplied with packs of cigarettes.

Producers said the VIPs have to manually pump a device to reach a certain pressure for the boiler to work. In reality, it can be turned on with the flick of a switch.

And, it turns out that a source also said that: “They are allowed some cigarettes… there’s a pretty good supply,” even saying that “Naughty Boy has been smoking too.”