Actor Kangana Ranaut on Wednesday shared her first statement in reaction to the FIR filed against her by Sri Guru Singh Sabha Gurdwara Committee (SGSSGC) for making seditious statements against the Indian state and farmers, on her social media handle.


Taking to her Instagram story, Kangana shared a bold picture of herself where she could be seen sporting a sultry dress while holding a wine glass in her hand. Alongside the picture, she wrote, “Another day another FIR… just in case they come to arrest me… mood at home,” adding a red heart emoticon to it.


For the unversed, the issue arose after Prime Minister Narendra Modi on November 19 announced that the government has decided to repeal the three farm laws, which were at the centre of protests by farmers for the past year. After the said decision to repeal the farm laws was conveyed by Prime Minister to the nation in a televised address, the recent Padma Shri awardee actor put up Instagram stories calling India a “Jihadist Nation” and allegedly calling for a dictatorship in India.


Allegedly referring to the farmers, Kangana also lauded former Prime Minister Indira Gandhi saying she took decisive action against ‘Khalistanis’.While also claiming that Indira Gandhi caused “suffering” to the nation, Kangana said she crushed ‘Khalistanis’ like mosquitoes at the cost of her life.


Taking to her Instagram story, the actor did not name Indira Gandhi but said she crushed those working to disintegrate the country. “Khalistani terrorists may be arm twisting the government today… But let’s not forget one woman… The only woman prime minister ne inn ko apni jooti ke neeche crush kiya tha (the only woman PM who crushed them under her shoes).” 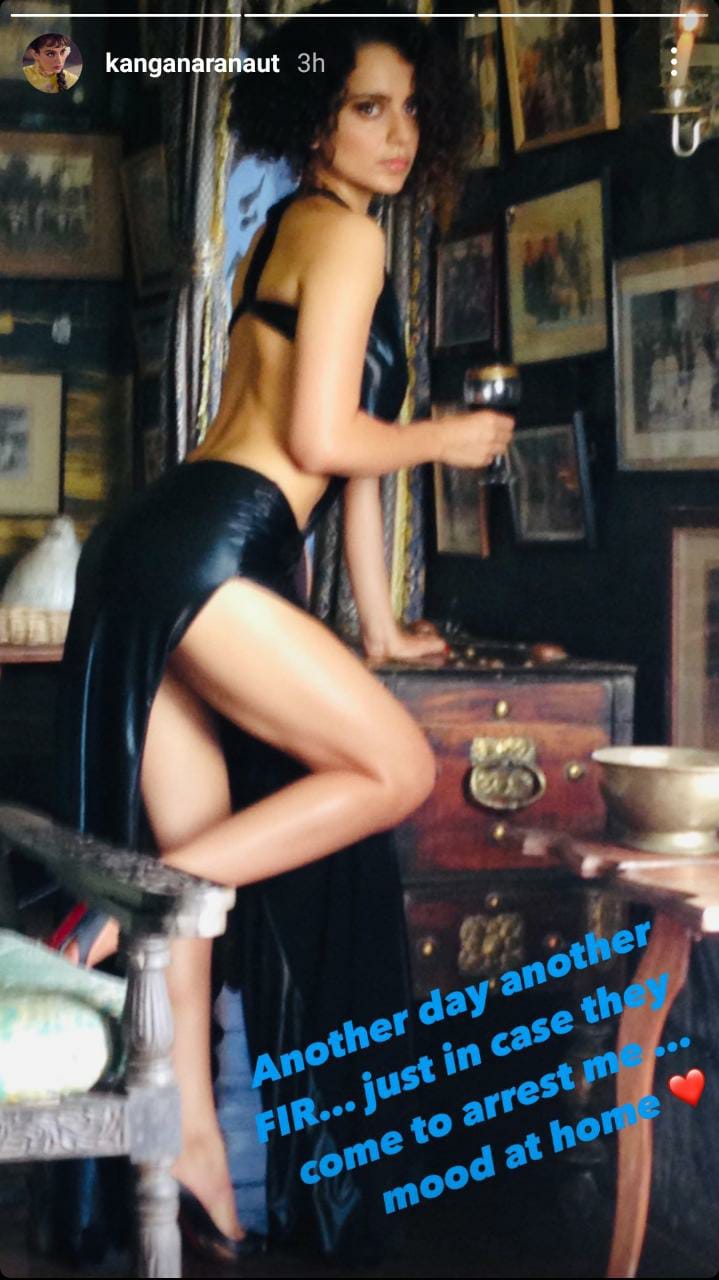 Regarding this, a delegation led by Delhi Sikh Gurdwara Management Committee president Manjinder Singh Sirsa on Monday met Additional Commissioner of Police, West Region, Mumbai to discuss legal action against Kangana. They also demanded that Kangana “should be arrested for spewing venom against the farmers and Sikh community.”


Earlier on Saturday, Sirsa also lodged a complaint against Kangana Ranaut accusing her of “hateful” remarks and demanded the withdrawal of Padma Shri given to her.