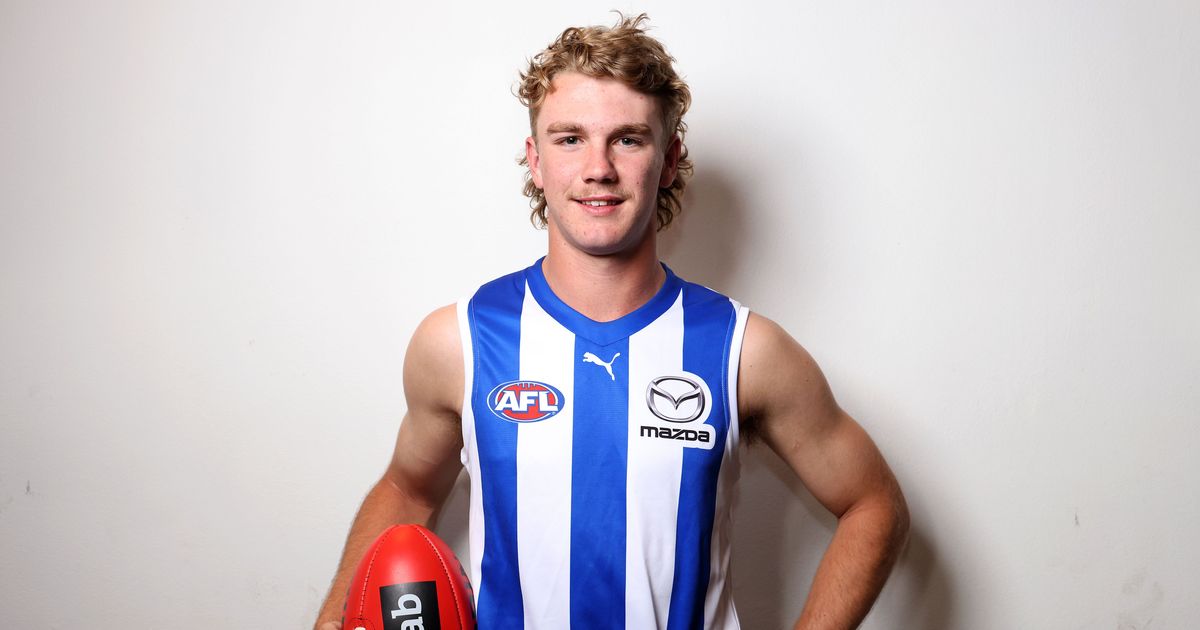 JASON Horne-Francis is officially a North Melbourne player after being taken by the Kangaroos with the No.1 pick in Wednesday night’s NAB AFL Draft.

The South Australian has long been tied to the Kangaroos, who knocked back multiple trade offers for the prized selection to snap up the game-changing 18-year-old.

WHO DID YOU PICK? Every club’s selection for the 2021 NAB AFL Draft

He is the first non-Victorian to be the top selection since West Australian David Swallow (2010) was taken by Gold Coast ahead of its inaugural season.

Kangaroos legend Malcolm Blight, who played in the club’s premierships in 1975 and 1977, was on hand in Adelaide to present Horne-Francis with his jumper.

The new Kangaroo is a damaging midfielder/forward who has turned heads with his performances at SANFL level this season.

He is tough, physical and aggressive, and his preliminary final performance for South Adelaide – where he kicked three goals from 24 disposals and 11 clearances – locked away his top billing.

The draft was moving even before Horne-Francis’ selection, with the Western Bulldogs initiating two live pick swaps that strengthened their hand ahead of matching Greater Western Sydney’s bid on father-son Sam Darcy.

The other highly touted father-son, Nick Daicos, went at No.4 as Collingwood matched Gold Coast’s bid, with young Victorian Finn Callaghan going to the Giants at No.3.

DRAFT HUB All the latest news, video and more

Amiss is hoped to be a long-term key forward solution for the Dockers, while Erasmus is a 190cm midfielder.

Richmond snapped up the best defender in the draft between the Freo selections, taking Vic Country interceptor Josh Gibcus at No.9.

The Eagles – who got a future pick as part of the swap – grabbed midfielder Campbell Chesser at 14.

Then came the bolters.

The Giants put the draft into a spin, taking Leek Aleer with No.15. The defender came to Australia from South Sudan at the age of five and has made a name for himself at SANFL club Central District as an athletic intercept marker.

The Claremont product is tough, loves to win the contested footy and would seem to fit the Swans’ DNA perfectly.

With the final selection of the first round, No.20, Brisbane added to its contingent of country Victorians by opting for Ballarat boy Kai Lohmann.

Lohmann is an athletic medium forward who has great speed, evasion and clean hands to mix with a forward line that already contains Charlie Cameron, Zac Bailey and Linc McCarthy.