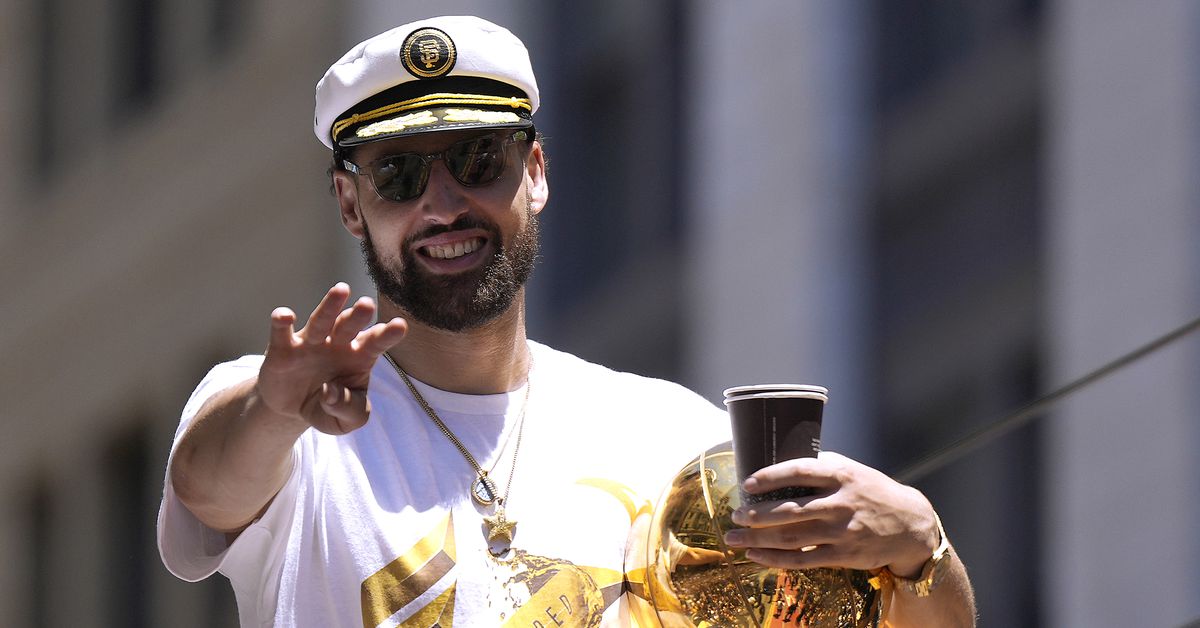 The Golden State Warriors’ fourth NBA championship feels like it means a little more than their first three. Raising another banner after losing Kevin Durant in free agency is a massive accomplishment. This ring also comes off the heels of back-to-back seasons where the franchise missed the playoffs. That was partially because Klay Thompson missed both of those years rehabbing from a torn ACL and then a torn Achilles before finally returning to the court in January.

Thompson has played with remarkable joy since returning to the court after such a long and grueling rehab process. He dunked in his very first game back, and from that point on felt like the heart and soul of the Warriors even if his play had understandably dipped a bit after two brutal injuries.

No one seemed happier than Thompson after the Warriors finished off the Celtics in six games — who could ever forget him saying “holy cannoli” in a post-game interview? — and that joy carried over to Golden State’s parade. Thompson was absolutely having the time of his life at the parade as the Warriors celebrated another ring.

Thompson’s love of being on the water on his boat is well-chronicled. As he drove over to the Warriors parade in his boat, the championship hat he received after Golden State won Game 6 flew into the bay. His hat flying into the water really set the tone for the rest of the parade. Thompson appeared to replace the hat with a Brandon Belt captain’s hat from the San Francisco Giants.

Klay Thompson danced like Michael Jackson at the parade

Thompson was lit from the moment he got to the parade. You have to be to be dancing like Michael Jackson in 2022. You know Klay was planning this move all day, and was just waiting for the right spot to throw it down.

Klay Thompson tripped and knocked over a fan

There was a lot of alcohol consumed at the Warriors parade. Thompson in particular seemed to be hitting it pretty hard. Perhaps the booze contributed to this stumble. While Thompson eventually caught his balance, he did absolutely truck some poor fan before immediately helping them up. Hopefully they are okay.

Klay Thompson dropped his championship ring at the parade

While Thompson was greeting fans at the parade, he appeared to drop one of his championship rings. In his defense, four rings is a lot to keep track of. Fortunately, Klay found the ring, gave it a kiss, and went on his way.

Thompson had more fun than anyone at the Warriors’ parade.