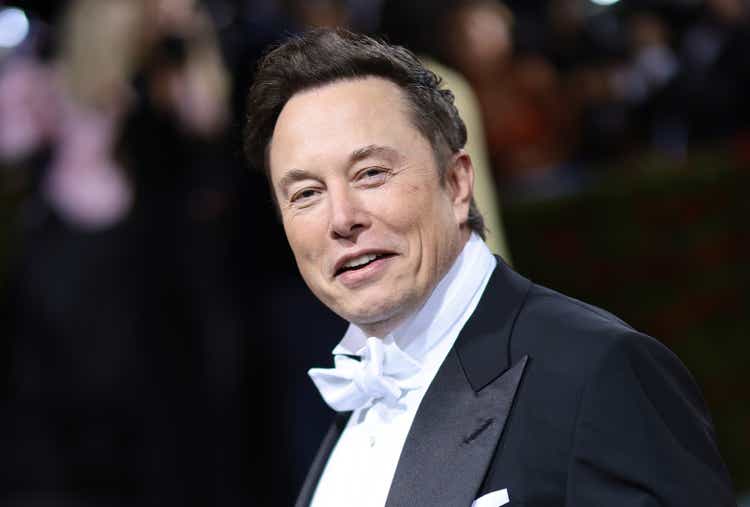 Tesla (NASDAQ:TSLA) and BYD (OTCPK:BYDDY) are two of the undisputed titans of the electric vehicle (“EV”) industry. Having delivered 936,000 and 594,000 vehicles, respectively, they led the EV space last year. The runner-up after these two giants was Volkswagen (OTCPK:VWAGY), with 369,000 EV deliveries in 2021.

Tesla and BYD are in the same industry but are very different companies. Tesla focuses on luxury cars while BYD sells a mix of cars, buses and trucks. Tesla is doing more deliveries as of today, but BYD has a faster growth rate in deliveries. This makes it look like Tesla is the big established player and BYD an up-and-comer, but it’s not quite so simple. BYD’s revenue growth lags behind its deliveries growth considerably. This suggests that a lot of the deliveries growth in 2021 was due to an order backlog that the company managed to fulfill.

Tesla and BYD occupy two very different spaces in the market. Tesla is mostly selling luxury cars to consumers, BYD sells to governments and less affluent consumers. Very different market niches but similar enough to make for an interesting pair trade. BYD, much like its products, is on the cheaper side, sporting far lower valuation multiples than Tesla. Tesla for its part enjoys high brand recognition and a huge network of charging stations. Both stocks could do well long term. However, the disparity between Chinese and American monetary policy in 2022 points to BYD having much better prospects than Tesla this year. In this article, I will make the case that a short Tesla/long BYD pair trade would likely perform well in 2022.

Tesla and BYD are the two top players in the EV industry worldwide. Tesla is far and away the biggest by market cap, but BYD is pretty close to it on deliveries. Other noteworthy players include:

Tesla and BYD aren’t in intense competition with each other, although each is in competition with various other EV players. VW’s budget vehicles and buses look similar to BYD’s offerings while NIO’s luxury cars can be compared to TSLA’s. Tesla is not a huge player in the Chinese EV market. It sold just 1,512 vehicles from its Shanghai plant in April, BYD sold 46,000 in the same period. It definitely looks like BYD has got the edge in China, but of course Tesla leads globally.

Financials Side By Side

As we’ve seen, Tesla and BYD both have strong competitive positions. They’re way ahead of their closest competitors and are growing. Based on what we’ve seen so far, they both look like intriguing investments. But when we compare their financials side by side, we see that one has much more promise than the other.

Below is a side-by-side comparison of Tesla and BYD’s trailing 12-month (“TTM”) results. They’re both fast-growing companies, but BYD has much more free cash flow, suggesting higher quality earnings.

It looks like Tesla has the higher growth rates, but note that BYD has:

Whereas Tesla’s FCF comes in far short of net income, BYD’s FCF is more than 10 times higher than its net income. This suggests that BYD’s earnings are more sustainable and, potentially, less distorted.

Armed with the financial information above, we can move on to comparative valuation. Select multiples for BYD and TSLA are shown in the table below:

You can see additional multiples in the image below, courtesy of Seeking Alpha Quant:

As you can see, BYD’s multiples are generally far lower than Tesla’s. Tesla has the lower P/E ratio, but BYD wins on every single other metric. So, BYD stock is cheaper than TSLA, even though the former has a higher growth rate in FCF. This suggests that BYD is a better value than Tesla is.

So far, I’ve shown that BYD has stronger FCF growth than Tesla does and is cheaper. This suggests that BYD is the better buy, but it doesn’t quite justify shorting one and buying the other. To understand why Tesla is a short and BYD a long, we need to look at macroeconomic conditions in the U.S. and China.

The higher the interest rate in any country, the lower the asset prices, all other things the same. The more return is available risk-free, the less desirable risky assets are. If the interest rate cuts above the inflation rate, then there is little reason to take risk: you can get positive real returns with treasuries!

Investors in any given country tend to have a home field preference.​​ They may buy some foreign stocks, but they tend to buy shares in companies they know. In 2022, this factor gives Chinese stocks an advantage over U.S. stocks. China is lowering interest rates this year while the U.S. is raising them. Chinese investors, looking primarily at Chinese opportunities, are going to notice that interest rates are getting lower. American investors, meanwhile, will get increasingly more tempted by rising treasury yields. This year, we are seeing Chinese stocks outperform U.S. stocks, and it’s likely that the difference in monetary policy explains it. Lower interest rates are great for growth stocks like Tesla and BYD, higher interest rates are bad for them. Of course, we may see U.S. investors pull out of stocks this year, both global and domestic. But China has domestic investors who are generating considerable inflows, which can offset the worldwide selling.

A final topic is worth exploring when it comes to BYD and Tesla, and it massively favors BYD:

Tesla has long been thought of as the industry leader in battery tech. It invests massively in battery tech every year, making investments in procuring lithium, building batteries, and researching battery tech. It spent $1.5 billion on R&D in 2020 alone, much of the spending going toward battery research. For a while, Tesla’s edge in batteries was so renowned that the company was thought to be a potential supplier of batteries to other EV companies.

Now, though, BYD is supplying batteries to Tesla.

On June 8, news broke that Tesla would buy 10 Gwh of LFP batteries from BYD. Although details were scant, insiders believed that Tesla wanted access to BYD’s Blade Battery. The Blade is well known for its safety, having passed a nail penetration test, showing that it emits neither smoke nor fire after being penetrated by a nail. This high level of safety may be of interest to Tesla. Tesla has had many battery explosion scandals over the years, and safety has been a major source of bad PR for the company. Perhaps Tesla believes that BYD’s batteries are safer than its own, and wants them for their safety-improving quality. If that’s the case, then this deal will not only generate revenue for BYD but good PR as well.

As we’ve seen so far, BYD has stronger cash flows than Tesla, a cheaper valuation, and operates in a more favourable macro environment. These factors all suggest that BYD is a better buy than Tesla, which is looking like a decent short. However, there are risks and challenges to both sides of this trade, especially:

The risks and challenges above are worth keeping in mind. Nevertheless, Tesla and BYD have the makings for a great pair trade. On the one hand, you have a relatively cheap EV company operating in an increasingly easy macro-environment, on the other hand, you’ve got a very expensive EV company in a rising rate environment, that recently had its production disrupted by a lockdown. Elon Musk has already said that the next quarter will be challenging, hinting at a potentially weak Q2 earnings release. BYD, on the other hand, is being buoyed by the easing macro and regulatory factors that have caused Chinese equities to outperform global stocks this year.