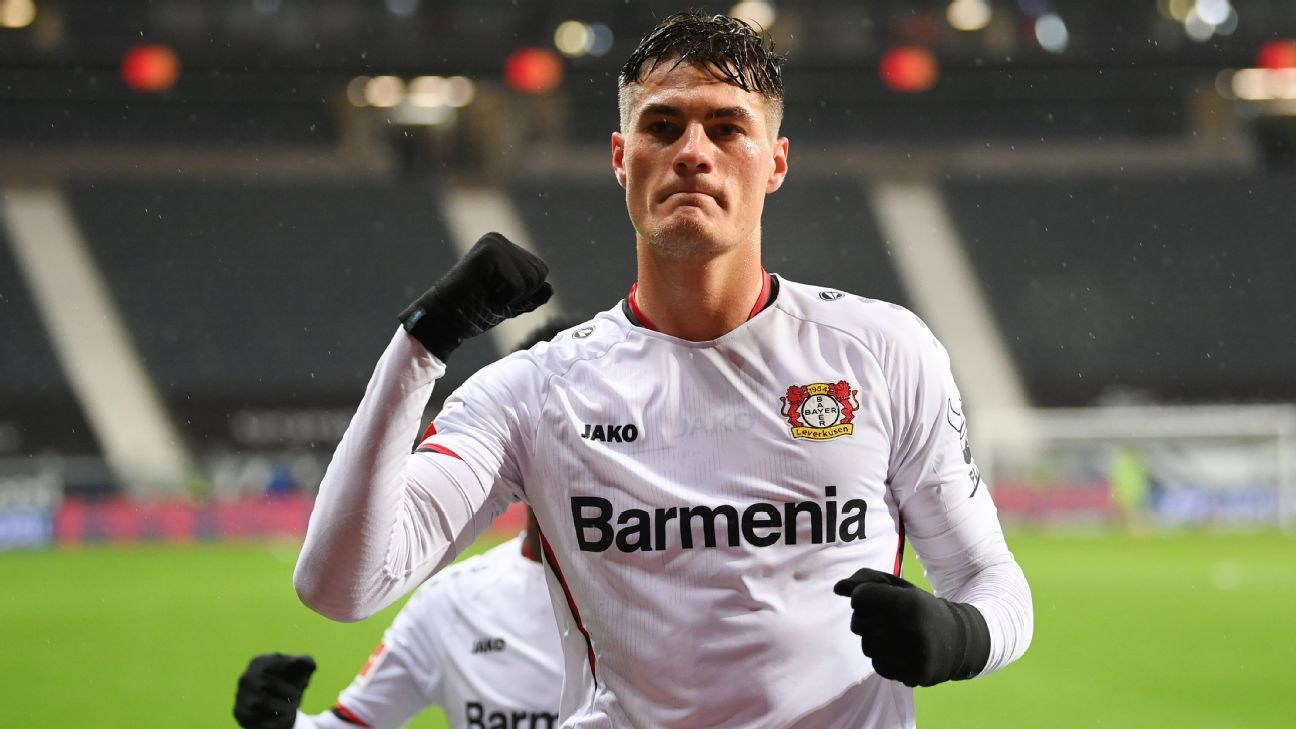 The January transfer window is almost upon us and, naturally, all the gossip on who’s moving where is heating up. Transfer Talk brings you all the latest buzz as we count down to the 2022 winter window.

Manchester City could be ready to reveal their hand, with reports that Pep Guardiola is targeting Bayer Leverkusen forward Patrik Schick.

That’s according to Ekrem Konur, who writes that they are looking to make an offer in the January transfer window. Sources have told ESPN, however, that City are unlikely to sign a replacement for Ferran Torres, who recently agreed a deal with Barcelona.

The Citizens are yet to sign a centre-forward since Sergio Aguero left last season and, after an impressive Euro 2020 campaign with the Czech Republic and fine form for Leverkusen in the Bundesliga, it looks as though Schick has worked his way up Manchester City’s shortlist.

The 25-year-old has been one of the best forwards in Europe so far this season, scoring 16 goals in 14 starts, including a quadruple against SpVgg Greuther Furth on Dec. 4.

– Borussia Dortmund want Erling Haaland to make a decision on his future by the end of February, according to Sport Bild. The 21-year-old forward has been heavily linked with an exit throughout the season, but with the Bundesliga club wanting time to prepare a replacement should he leave, they want him to make his mind up sooner rather than later.

– Olympiakos‘ Aguibou Camara has been attracting plenty of interest in recent months, and Foot Mercato writes that both Liverpool and Newcastle United are set to battle it out for his signature. The 20-year-old is a compatriot of Naby Keita, which could give the Reds an advantage in the pursuit of the midfielder, though it is reported that he may not be allowed to leave during the winter transfer window.

– Manchester Evening News reveals that Dean Henderson will remain at Manchester United in January. It was reported that he had requested a meeting with manager Ralf Rangnick to discuss his future at Old Trafford, and despite wanting to see whether he would be allowed a short term exit, the 24-year-old goalkeeper was told that he will be kept at the club for now.

– With Barcelona yet to confirm a new deal for Ousmane Dembele, Sport Italia’s Rudy Galetti writes that Newcastle United have made a “monster contract offer” for his services. The 24-year-old was reported to be delaying signing a new deal at Camp Nou for some time that saw him excluded from first team activities but, despite things looking positive after he was welcomed back into the squad, it now looks as though Newcastle could get their man.

– Nicolo Schira reports that Adem Ljajic wants to leave Besiktas in January after the 30-year-old was cast out of the first team project. There is reported to be interest from Basaksehir, though he was also offered to Bologna and Genoa which would set up a return to the Serie A after spending nine years there with four different clubs.

– The Japan Times writes that Daizen Maeda is expected to join Celtic on loan. The 24-year-old Yokohama F. Marinos forward has scored 23 goals in 33 starts this season, and he could see his stay in Europe made permanent if the Scottish Premier League club decide to exercise the €2 million option fee in the loan deal.