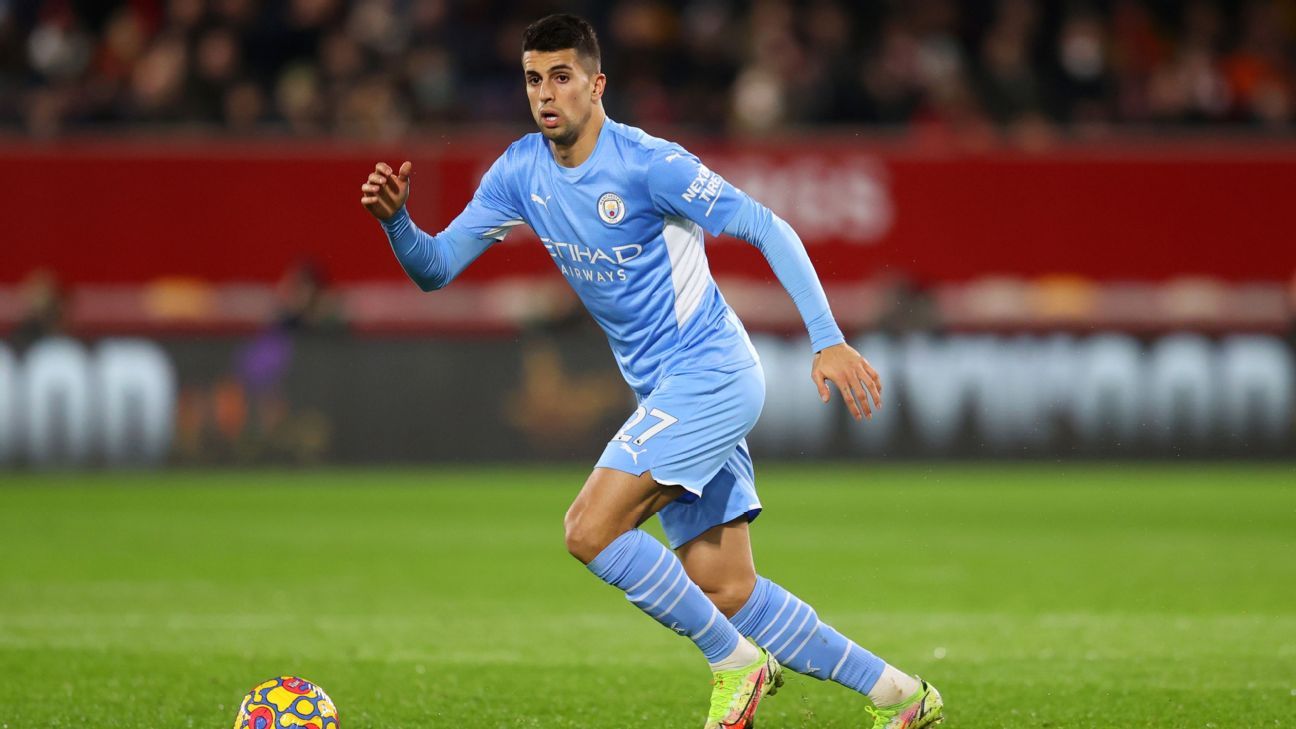 Joao Cancelo was assaulted in a home robbery that left the Manchester City defender with a cut above his eye.

Cancelo posted on Instagram on Thursday to reveal he had jewelry stolen after being attacked by four men. City’s players and staff were due to stay in London between their games against Brentford and Arsenal this week but instead returned to Manchester on Wednesday night ahead of the fixture at the Emirates on Saturday.

Sources told ESPN that a decision will be taken on Friday about whether Cancelo will travel with his teammates to London for the Arsenal game.

“Unfortunately today I was assaulted by four cowards who hurt me and tried to hurt my family. When you show resistance this is what happens,” said Cancelo in an Instagram post alongside a picture of himself with a deep cut over his eye.

“They managed to take all my jewelry and leave me with my face in this state. I don’t know how there are people with such meanness. The most important thing for me is my family and luckily they are all OK.

“After so many obstacles in my life, this is just one more that I will overcome. Firm and strong like always.”

City released a statement saying: “We are shocked and appalled that Joao Cancelo and his family were subjected to a burglary at their home this evening during which Joao was also assaulted.

“Joao and his family are being supported by the Club and he is helping the police with their enquiries as they investigate this very serious matter.”