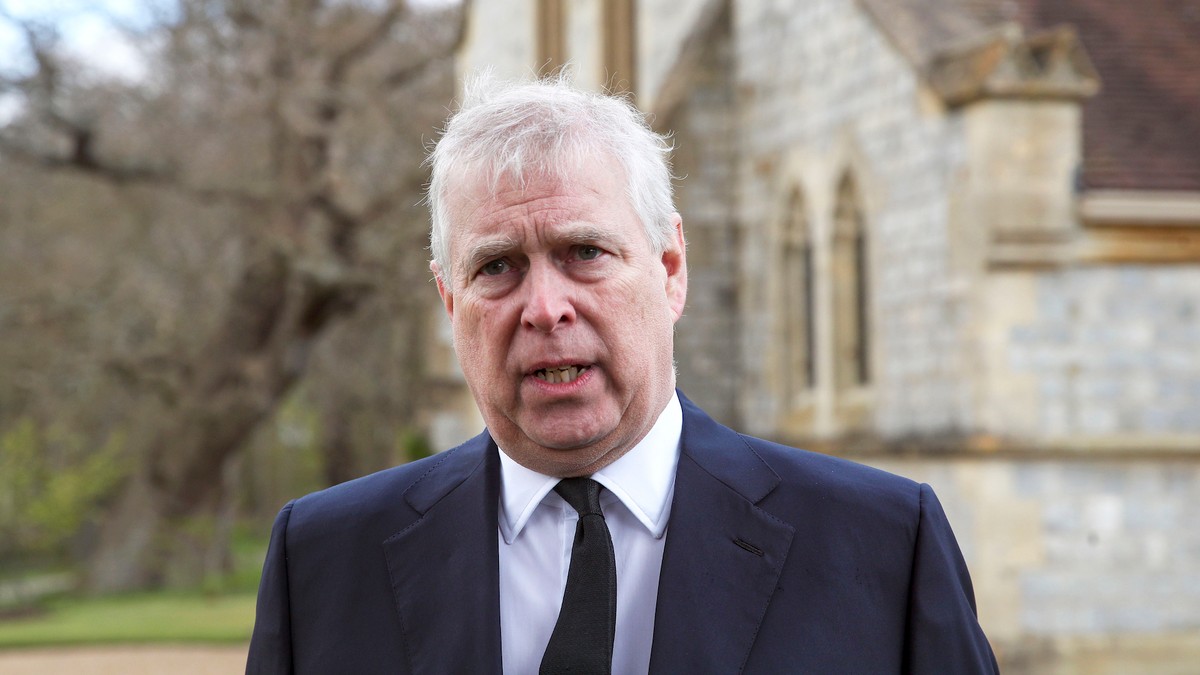 Prince Andrew, Duke of York, attends the Sunday Service at the Royal Chapel of All Saints, Windsor, on April 11, 2021 in Windsor, England. (Photo by Steve Parsons – WPA Pool/Getty Images)

Ghislaine Maxwell is just the beginning.

Soon after a jury found the one time socialite guilty of recruiting and grooming women for convicted sex offender Jeffrey Epstein, activists and victims are renewing their calls for others to be held accountable for their connections to Epstein.

“I hope that today is not the end but rather another step in justice being served,” tweeted Virginia Giuffre, who has accused Epstein and Maxwell of grooming her to become a sex slave and trafficked her to other rich and powerful men. “Maxwell did not act alone. Others must be held accountable. I have faith that they will be.”

Giuffre has been one of the most vocal Epstein accusers and one of the principal voices that have led the crusade for justice for his victims in recent years. She’s currently suing a member of the British Royal Family—Prince Andrew—who she claims had sex with her multiple times when she was underage, at the behest of Epstein and Maxwell.

Prince Andrew has denied the allegations and claimed that a photo showing the royal with his arm around a teenage Giuffre, with a smiling Maxwell in the background, may have been doctored. U.S. law enforcement have said repeatedly that they wanted to interview Prince Andrew about Epstein, although he’s not been cooperative.

In 2019, Prince Andrew stepped down from his royal duties just days after he gave a disastrous interview with the BBC about his relationship with Epstein and denying Giuffre’s allegations. He claimed in the interview that Giuffre’s allegations about him sweating on her during sex couldn’t be true because he had a lingering medical condition that made him unable to perspire. He also received backlash for his lack of sympathy for Epstein’s victims.

After Maxwell, 60, was found guilty on Wednesday, the BBC found themselves in hot water when they interviewed Alan Dershowitz as a legal expert and only referred to him as a “constitutional lawyer.” Giuffre has publicly accused Dershowitz of having sex with her while underage in similar circumstances to Prince Andrew. Dershowitz and Giuffre have been embroiled in numerous lawsuits in the past years, and Dershowitz represented Epstein during his infamous 2008 court case.

The BBC made no reference to Dershowitz’s conflict of interest and allowed him to denigrate Giuffre’s credibility on air.

“Last night’s interview with Alan Dershowitz after the Ghislaine Maxwell verdict did not meet the BBC’s editorial standards, as Mr Dershowitz was not a suitable person to interview as an impartial analyst, and we did not make the relevant background clear to our audience. We will look into how this happened,” the BBC said in a statement.

Giuffre alleges that she first encountered Epstein after meeting Maxwell while working as a spa attendant at Donald Trump’s Mar-a-Lago club as a teenager. She was recruited and groomed to work as a sex slave for Epstein, and trafficked to his powerful friends. Along with her allegations against Prince Andrew and Dershowitz, she’s also alleged that she was trafficked to former New Mexico governor Bill Richardson and billionaire hedge fund manager Glenn Dubin.

David Boies, a lawyer for several Epstein victims, made a statement after the verdict asking U.S. authorities to continue investigating Epstein and Maxwell’s other reported accomplices.

“They did not act, and could not have acted, alone,” Boies said. “The scope and scale and duration of their sex trafficking crimes depended on many wealthy and powerful collaborators and co-conspirators. They too are not above the law. They too must be brought to justice.”

During Maxwell’s trial, former presidents Donald Trump and Bill Clinton both came up on passenger lists from Epstein’s private jet. The trial also saw renewed allegations against other women in Epstein’s orbit who allegedly worked as groomers.

Carolyn, one of the anonymous accusers in Maxwell’s trial, alleged that Epstein and Maxwell worked with an assistant named Sarah Kellen. She alleged that after meeting Maxwell and Epstein when she was 13, Kellen played an integral role in scheduling Carolyn to give sexualized massages to Epstein. Kellen’s name has come up repeatedly over the years as one of the principal facilitators of Epstein’s abuse. Kellen has denied the allegations and claimed that she was a victim of Epstein herself.

Several other women have been accused in the past of working as assistants, groomers, and enablers for Epstein. Along with Kellen, Nadia Marcinkova, Lesley Groff and Adriana Ross were all named as co-conspirators in Epstein’s 2008 sweetheart deal. Marcinkova has since denied the allegations and claimed that she was also a victim. Groff has denied wrongdoing and Ross does not appear to have commented on the allegations.

Maxwell’s conviction could have far reaching implications. She was found guilty on five of six charges and is eligible to receive up to 65 years in prison, although her sentencing date has yet to be set. It’s possible that she may now enter into some sort of plea deal that involves naming and testifying against others involved in Epstein’s sex trafficking ring.

But with the guilty verdict, victims have expressed gratitude that Maxwell will pay for her crimes.

Annie Farmer, one of the four accusers during Maxwell’s trial and the only one to testify under her own name at the trial, tweeted that she was “relieved and grateful” after the verdict.

“She has caused hurt to many more women than the few of us who had the chance to testify in the courtroom. I hope that this verdict brings solace to all who need it and demonstrates that no one is above the law.”