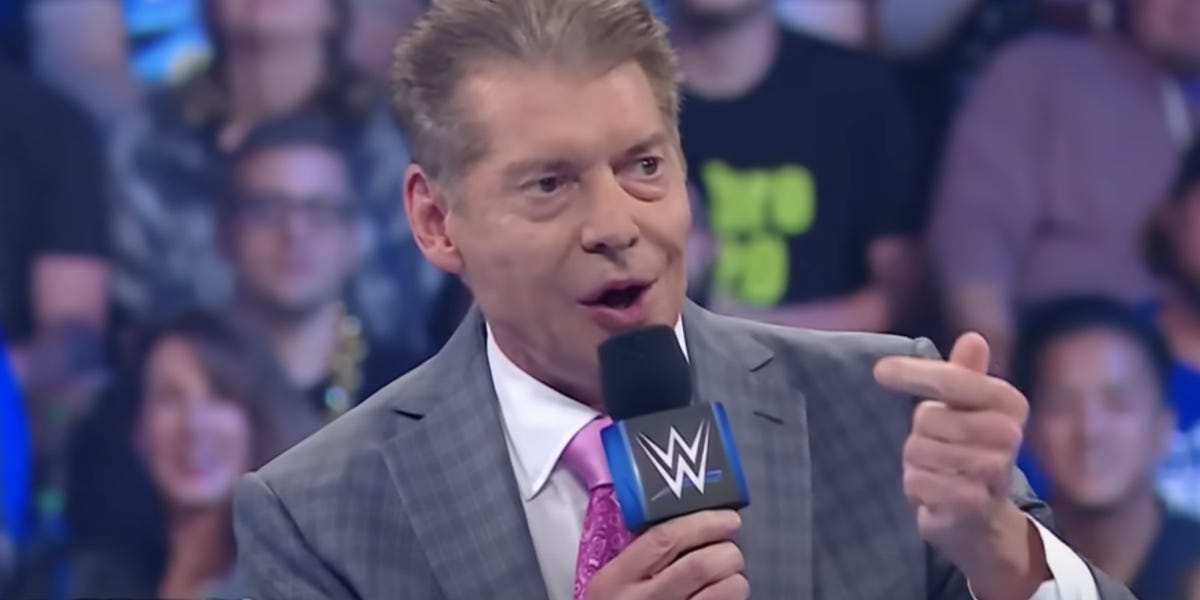 Vince McMahon made his first public appearance on Friday since stepping away from his duties as WWE’s CEO. But he did not address allegations of misconduct against him, nor the investigation by WWE’s board into hush payments he allegedly made to former female staffers.

McMahon, as his on-stage persona “Mr. McMahon,” stepped into the ring for barely a minute during WWE’s “Friday Night SmackDown” to an enthusiastic audience.

“It is a privilege, as always, to stand before you here tonight, the WWE Universe,” McMahon said. “Especially a privilege to stand here, in this ring, in Minnesota.”

He said that he was there to “remind” the audience of “what we call the WWE signature.”

“Those four words are ‘then,’ ‘now, ‘forever,’ and the most important word is, ‘together,'” McMahon said.

He then exclaimed “Welcome to SmackDown!” before throwing the microphone and leaving the ring.

McMahon also made a brief appearance this week during “Monday Night Raw,” where he similarly didn’t acknowledge the investigation. He only announced that John Cena would be returning to the ring during next week’s show.

The Wall Street Journal first reported last week that WWE’s board was investigating payments McMahon made to former female employees, some of whom had accused McMahon and the head of talent relations John Laurinaitis of misconduct. The payments prohibited them from speaking out about the agreements, The Journal reported, citing people familiar with the investigation.

The inquiry started in April after the board received a tip about a $3 million payment to a former female paralegal that McMahon is alleged to have had an affair with, The Journal reported. A WWE spokesperson told The Journal that McMahon’s relationship with the former paralegal was consensual.

McMahon’s appearance on “SmackDown” came only hours after WWE confirmed on Friday that a special committee of the board was investigating misconduct allegations against McMahon and Laurinaitis.

The company  also announced McMahon was “voluntarily” stepping away from the CEO role during the investigation, and that his daughter and the company’s brand chief, Stephanie McMahon, would step in as interim CEO. He is still overseeing the company’s creative content, though.