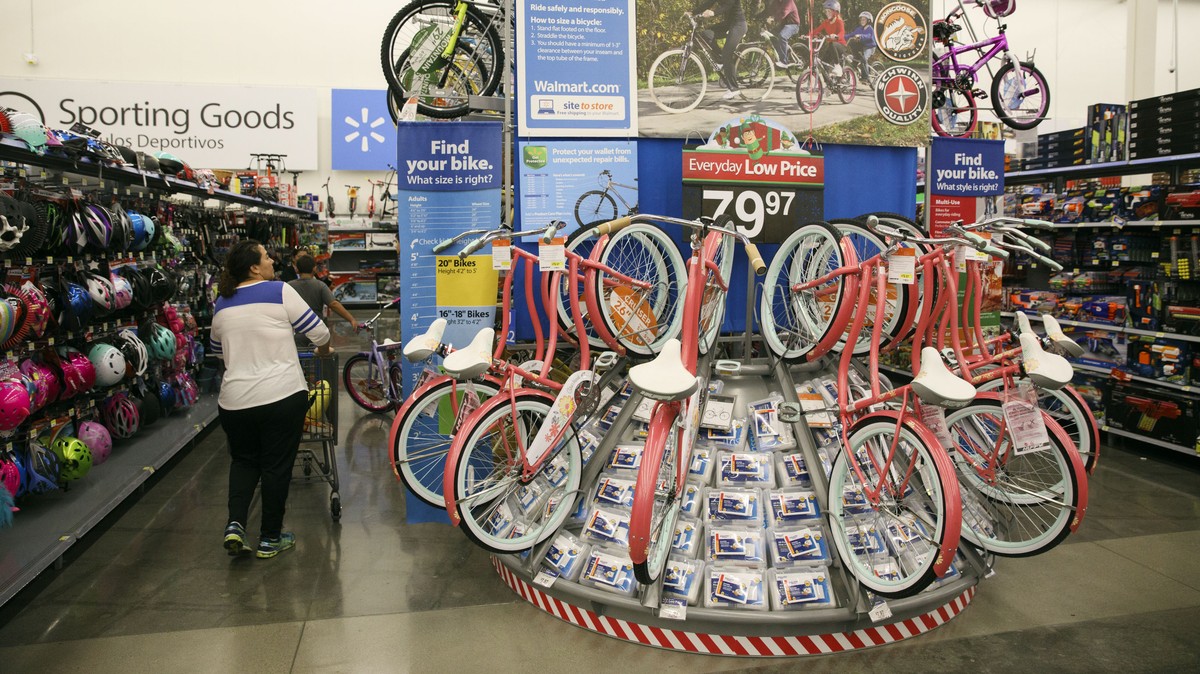 Moveable explores the future of transportation, infrastructure, energy, and cities.

Mac Liman has been a bike mechanic for 18 years, and has seen her fair share of crappy bikes. As the program director for Bikes Together in Denver, a nonprofit that provides bicycles, repairs, and education courses to members of the community, Liman isn’t adopting the snooty tone of a high-end bicycle shop sneering at your 14-speed Trek with mechanical brakes. She’s talking about the kind of bikes, hastily wrenched together out of flat-packed boxes by people with minimal training, that mechanics have long called bike-shaped objects: Bikes with misaligned wheels, forks on backwards, and faulty handlebars, bikes that break after just a few dozen hours of use and that cannot be repaired.

By her estimation, the crappy bike problem has gotten “increasingly worse over the last 10 years.” But it was the bike boom accompanying the pandemic, and the ensuing wave of people with broken bikes, that spurred Liman to finally do something about it. She started a petition calling on bike manufacturers and major bike retailers to “stop producing and selling bikes that fall apart after a few months of use…We are tired of telling distraught customers and riders that their bikes are made too poorly to fix, and we are tired of seeing these bikes filling up our waste streams. Frankly, you should be ashamed of selling bikes that last some 90 riding hours.”

Liman is hardly the only bike mechanic to see these problems. Josh Bisker, the executive director and co-founder of Mechanical Gardens in Brooklyn, a non-profit similar to Bikes Together, said these “budget bikes,” as he calls them, have been around since at least the 1990s, but feel like “a tale as old as time.” When asked what the problem with them is, Bisker responded, “The problem with budget bikes is everything. They’re literally built to fail.”

The petition further calls for a creation of a “minimum durability standard” of 500 riding hours, designing bikes “to be serviceable,” and to “stop creating and selling bikes that are made to fall apart.” As of Wednesday afternoon, Liman said, the petition had almost 1,000 signatures.

Do you work in a field or industry plagued by unrepairable merchandise? We’d love to hear from you. Email Aaron Gordon at aaron.gordon@vice.com.

“Built to fail” bikes are ubiquitous. They’re sold at many retailers, both big box stores and online. Liman estimated a disproportionate share comes from Walmart, but was quick to add this is not a Walmart-specific problem. Crappy bikes can be found at any major retailer that sells bikes for less than $200. A Walmart spokesperson acknowledged Motherboard’s request for comment about the petition but did not provide a statement prior to publication.

Liman raffled off the problems she’s encountered with cheap bikes brought into the shop in the last year or so: Bent or damaged frames. Bent axles. Snapped crank arms. Broken forks. Busted welds. “Things that shouldn’t happen in a year and a half, even under extreme use,” she said, “but have happened under minimal use.” Many of the issues are potentially dangerous, such as cases where the handlebars popped loose because they were never properly tightened; they’re also not necessarily ones that someone who doesn’t have a bit of bicycle knowledge would even know how to look for (Do you know how to see if all your bearings are properly greased?)

Not only are the bikes poorly made and prone to break easily, but they also cannot be repaired or upgraded to decent parts. The welds in the frame are so poor that water seeps into the metal, which then rusts and breaks apart, turning the bike into little more than scrap metal. Sometimes the front wheel is not directly in front of the rear one, causing the frame and other critical parts to bend and break. Some bikes marketed as mountain bikes look like they have suspensions, but on closer inspection are little more than ornamentations due to the way they’re designed. All the impact gets transferred to cheap, plastic, proprietary parts that quickly wear out. And because most of the parts are mounted or attached in atypical and semi-permanent fashion, they cannot be replaced with other standard parts like normal bike parts can.

Bisker says budget bikes violate three central principles for what makes bikes great: That they can be adjusted, overhauled, or have parts replaced whenever something isn’t working. “When those conditions are true,” Bisker said, “bikes are essentially immortal.” But on a budget bike, “You can often do none of those things. The parts are just too junky or malformed.”

The second problem is that bikes, especially in urban areas, are a key tool in the fight against climate change and a more sustainable future, but everything about budget bikes is wasteful. Liman said, “We need to stop mining these metals out of the ground, ship them around the globe, just to have them poorly constructed, sold in a big box store, and thrown in a landfill a few months later.”

Liman acknowledges the petition is just a first step to call attention to the problem. She also says bike shops—for-profit and nonprofit—have to examine their own practices and how they can meet the needs of potential budget bike customers, both by making decent bikes financially achievable for lower-income customers and also by cultivating spaces that don’t look down upon customers without technical knowledge or financial means to acquire it through lots of expensive purchases and experimentation. But she also thinks an important first step is to acknowledge that the problem with budget bikes is systemic and involves predatory corporations deliberately making unsafe equipment and ineptly assembling it into unsafe machines, not a matter of educating the public to avoid crappy merchandise.

For his part, Bisker, who was not involved in creating the petition but has previously written about the budget bike problem, called the petition “really encouraging.” However, he cautioned that the budget bike problem is “a real pickle.” It’s certainly possible to profitably sell reliable bicycles for not much more than junk bikes cost, but there is no organization to certify things like durability standards and it’s not clear what one would actually look like. And concepts like repairability can be squishy, especially when the problem is quality and attention to detail as much as design. Manufacturers would almost certainly say their bikes are repairable, Bisker said, even though it’s not true. Who is going to make them change?

“It’s hard to say exactly what the change that we want to happen is,” Bisker said. “The problem here is capitalism, it’s not the bikes.”