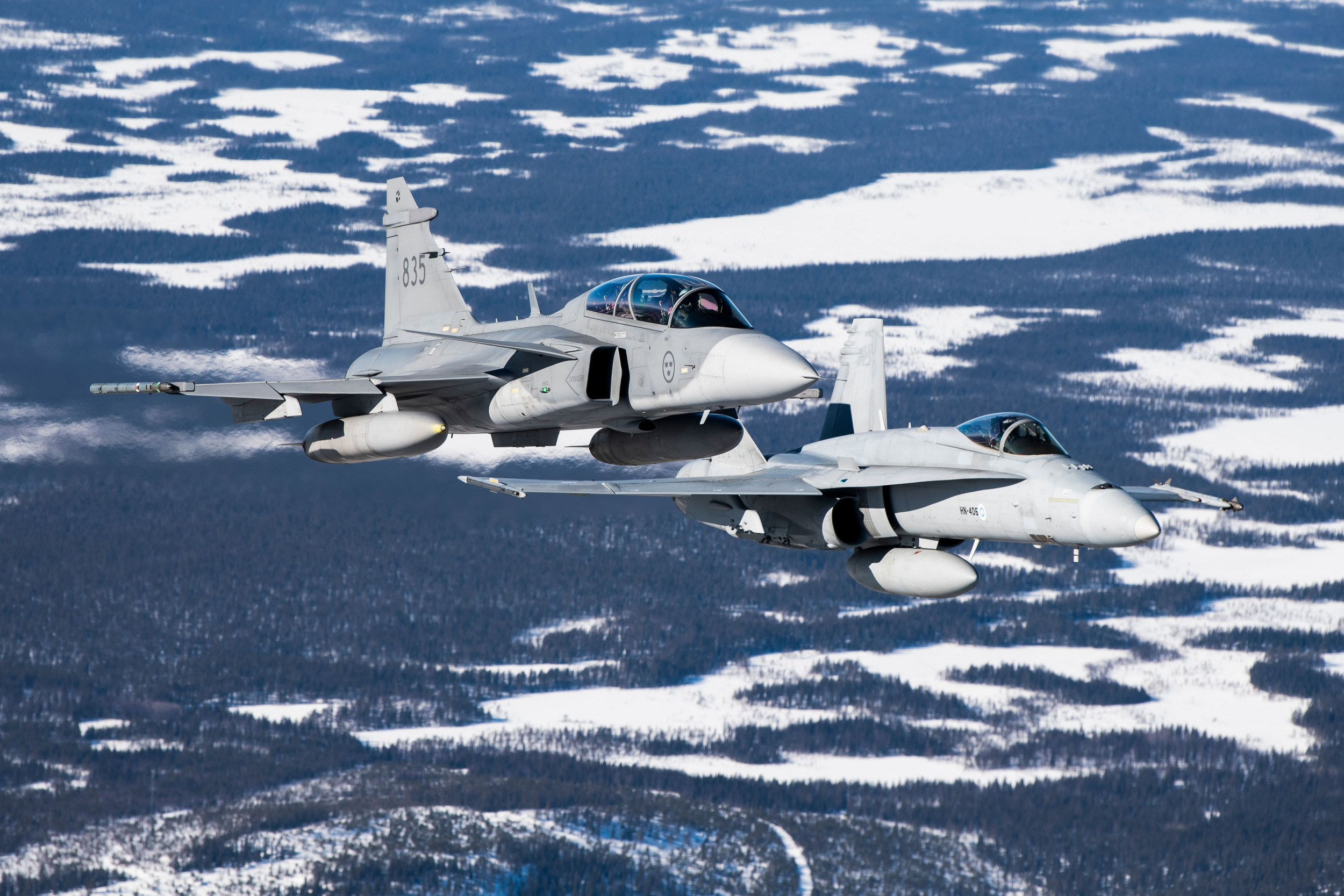 Leaders in Sweden and Finland are facing a high-stakes dilemma as public opinion and political trends push them closer towards NATO membership, which itself could spark a confrontation with Russia that both nations have been trying to avoid for generations.

Russia’s latest invasion of Ukraine has set off a diplomatic chain reaction, aligning the West—i.e. NATO, the European Union, and their partners—against President Vladimir Putin‘s revanchist imperialism. Both are close NATO partners already but are not protected by the alliance’s Article 5 joint defense clause.

Even before the invasion began last week, Swedes were drifting closer to NATO. A January poll by national broadcaster SVT found that 37 percent of all respondents said yes to NATO membership, versus 35 percent who said no. In 2017, another poll found 32 percent support for membership versus 43 percent against.

And in Finland, a survey published this week by broadcasting company Yle found that for the first time in history a majority of 53 percent of respondents supported joining NATO. Finns also forced parliament to debate the idea after 50,000 signed up to a citizens initiative to have membership discussed by lawmakers.

Politicians and officials in both countries are seemingly trying to rein public enthusiasm for fear of the consequences. The prospect of Sweden and Finland joining NATO was enough to prompt Moscow to threaten “military and political consequences” for any potential membership bids.

The Swedish Foreign Ministry told Newsweek Stockholm “is not changing its line of not joining NATO, but we deepen our relations with NATO even further.”

The ministry did acknowledge “a changing security situation in Europe,” adding: “We have to make a thorough analysis and see what consequences this has for Swedish security.”

A senior diplomatic official, who did not wish to be named, was more candid. “The stakes are higher” since the latest Russian invasion of Ukraine began last week, they said. “For many in Sweden, the case for joining NATO is stronger now than half a year ago.”

Finnish Prime Minister Sanna Marin told reporters this week: “It is very understandable that many Finns have changed or are changing their minds after Russia started waging war on Ukraine.”

President Sauli Niinisto released a statement on Thursday telling Finns the government would approach the question with “a cool head,” adding he understood public concern about Russian aggression but that Helsinki would “assess the impact of past and possible future changes on our security carefully—not without delay, but carefully.”

Niinisto’s office told Newsweek it would not be able to comment further as the president was en route to the U.S. where he will meet with President Joe Biden on Friday. It is unclear whether the two will discuss NATO membership.

Matti Pesu, a senior research fellow at the Finnish Institute of International Affairs, told Newsweek: “It’s definitely, I’d say, on the table. I’d say it’s unlikely in the short term but entirely possible in the long run. It depends on how the international situation evolves.

“From the beginning of this year, the political landscape and the atmosphere has been very permissive for the NATO debate, and that’s even more permissive now.

“The statement that the president released I think was a reaction to the unfolding Finnish discussion, which gives a sense of urgency that we need to do something now.

“It’s a bit of a gung ho attitude coming from the public. I think here the leadership is a little more hesitant.”

Alexander Stubb, formerly Finland’s prime minister and foreign minister among other posts, told Newsweek that Finnish support would likely continue to rise as the war in Ukraine dragged on.

“I think we can say that the feeling is one of fear, it’s one of anger, and it’s one of frustration,” Stubb said.

The government now, he said, is likely “taking note of this historic shift in public opinion, then making an assessment of the radical shift in the security-political situation in Europe, and then eventually after that assessment drawing their conclusions.”

Everyone in Finland, Stubb said, will understand the significance of current events: “We have lost one of the pillars of our security, which is an open communication channel with Russia. That is now gone, and I think everyone in Finland understands that.

“Secondly, the security situation in Europe has changed permanently. And we will see a new Iron Curtain between an authoritarian Russia and the cooperative European democracies.

“And that of course means that if you’re on the other side, you simply cannot sit on the fence.”

One of Putin’s major goals is keeping Finland and Sweden out of NATO in the long-term, Stubb said. This means any movement on NATO membership risks escalation with Moscow.

Stubb said the Finnish people and politicians should pursue “a Finnish approach,” i.e. “cool, calm, and collected, but determined.”

“Anyone who is hoping for an immediate application for NATO membership, they’re going to be disappointed,” he said. “The reason we are not doing that is that it would increase the security threat in Finland.”

Any future membership bids, Stubb said, should be coordinated by Sweden and Finland to improve security and reduce the risk of Russian aggression. The two nations already coordinate closely on national security matters, and this week forces from both took part in maritime exercises in the Baltic Sea.

The former prime minister said membership for both nations is a question of when, not if.

“Russia is completely isolated…and that isolation is not going to stop before there’s regime change,” Stubb said. “That regime change can take place only from the inside. Russian revolutions are the copyright of the Russian people.

“We up here in the northeastern corner of Europe have to then make a decision as to when we should apply for NATO membership. I think the train has left the station. It’s just a question of where does it stop?”