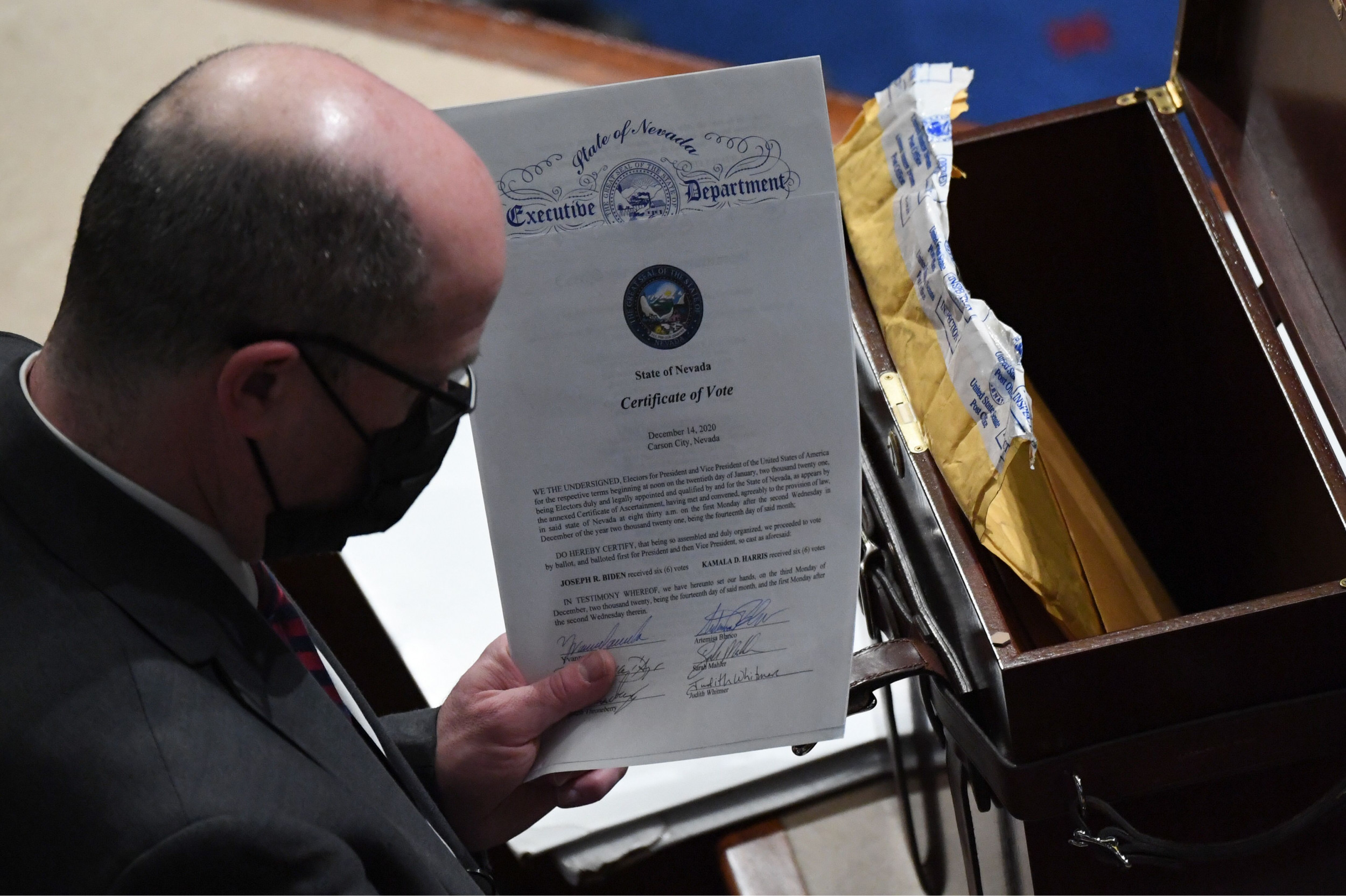 Nevada’s attorney general, a Democrat, said Tuesday that his office has received reports accusing the state’s Republican Party of submitting fake electoral votes for President Donald Trump after the 2020 election.

Aaron Ford, the state’s top legal officer, said in a statement that while “we cannot confirm or deny the existence of an investigation,” the matter is on his staff’s “radar.” Ford issued the statement in response to “numerous inquiries regarding some members of the state GOP attempting to give the state’s six electoral votes to Trump despite Democrat Joe Biden prevailing in the state.

“There has been a sustained effort to invalidate the 2020 election and to downplay the shocking actions that took place afterward,” Ford said in the statement. “My office cannot and will not accept any efforts to overturn a free and fair election. Voting rights are fundamental to our democratic republic and we will continue to protect them.”

Ford’s announcement comes days after Michigan Attorney General Dana Nessel said she referred to federal prosecutors an investigation into state Republicans who tried to falsely certify a win for Trump.

Biden won Nevada with 50 percent of the vote. But as the state’s electors cast their vote for Biden on Dec. 14, members of the GOP held a live-streamed event (the video has been deleted) casting their own votes, reports KLAS-TV, Las Vegas’ CBS affiliate. The National Archives also received unofficial documents from Nevada’s Republican Party certifying the state’s electoral votes for Trump, the station reports.

As the Electoral College met, the Nevada GOP posted a photo to Twitter announcing its “brave electors” were “standing up for what is right and casting their electoral votes” for Trump.

“We believe in fair elections and will continue the fight against voter fraud in the Silver State!” the party said in the post.

Nevada Republican Party Chairman Michael McDonald followed the tweet with a statement saying the state didn’t have a fair election because of “irregularities and fraud seen throughout the state,” and the courts failed to intervene, reports the Las Vegas Sun.

Ford’s statement did not provide details about the reports his office had received. His office was unavailable for additional comment Tuesday evening.

Newsweek has reached out to the Nevada Republican Party for a response.