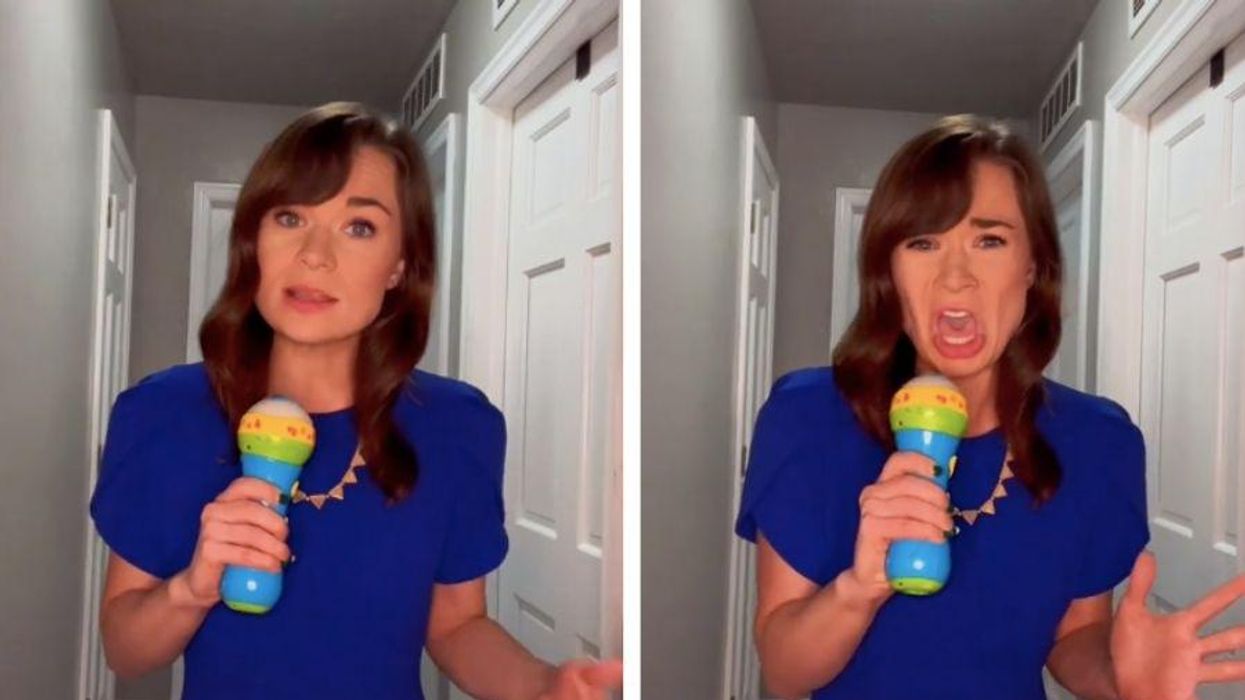 Anyone who’s ever had a 2-year-old knows that they can be … a lot. Adorable for sure, but … a lot. Toddlers are just starting to figure out that they have their own free will, but they have zero idea how to wield it or use it for good. They want what they want, when they want it—except when they change their mind and absolutely do not want what they just wanted—and they don’t really have the emotional maturity or verbal acuity to adequately express any of these things without crying, whining or screaming.

For parents, handling a 2-year-old’s 2-year-oldness can be a challenge. You can’t rationalize with them. You know they’re not being little toddler terrors on purpose. You know that they’re just learning and that it’s a stage and a phase that won’t last forever, but when you’re in it? Phew.

The key to getting through it is to be able to find the humor in it. Sometimes it’s just so absurd that all you can do is laugh. And laughing with other parents who have survived toddlerhood—or who are running the gauntlet alongside you—is one of the best ways to not lose your mind.

That’s why former news reporter Kayla Sullivan has gone viral with a fake news report about her toddler’s tantrum at an Olive Garden.

Standing in the hallway outside her son’s room, speaking into a toy microphone, Sullivan puts on her professional broadcast voice and says, “Kayla Sullivan reporting live from outside my son’s bedroom where he is currently being detained until naptime is over. Now, this story does involve a minor so I can’t release specifics, but what I can confirm is my son is a 2-year-old terrorist who held me hostage at the Olive Garden earlier today.”

Sullivan is a former reporter for Indiana’s Fox59 and Indianapolis’ CBS4 and a former news anchor at WLFI who, according to her TikTok description, is “now coming @ you live from #MomLife.”

Her delivery is spot on. People in the comments said they were just waiting for the cut to live footage.

“I brought my son’s favorite snacks, and even risked judgment from other moms by bringing an iPad”—oh yeah, felt that.

“Not even Cocomelon could stop this meltdown.” Yep, been there.

We’ve all had moments when we feel like we completely suck at the “gentle parenting” thing, but fortunately, the tantrummy toddler years don’t last forever.

Sullivan’s video has been viewed a whopping 30 million times and has gotten praise and shares from tons of well-known people, from Alyssa Milano to Andy Grammer to Nick Cannon. Sullivan hit a comedy nerve that all parents can relate to and did it in an unexpected way.

But she didn’t end there. She also posted a follow-up report with eyewitness interviews, and holy moly, the accuracy.

We’ve all run into some Tammys and Karens in our lives—the moms who just can’t help telling you you’re doing it wrong, despite the fact that they are no more of an expert on parenting than you are. But the caricatures of these moms are hilarious.

Sullivan seems to have successfully carved out a niche for herself in the mom comedy space. Follow her on TikTok @kaylareporting for more.