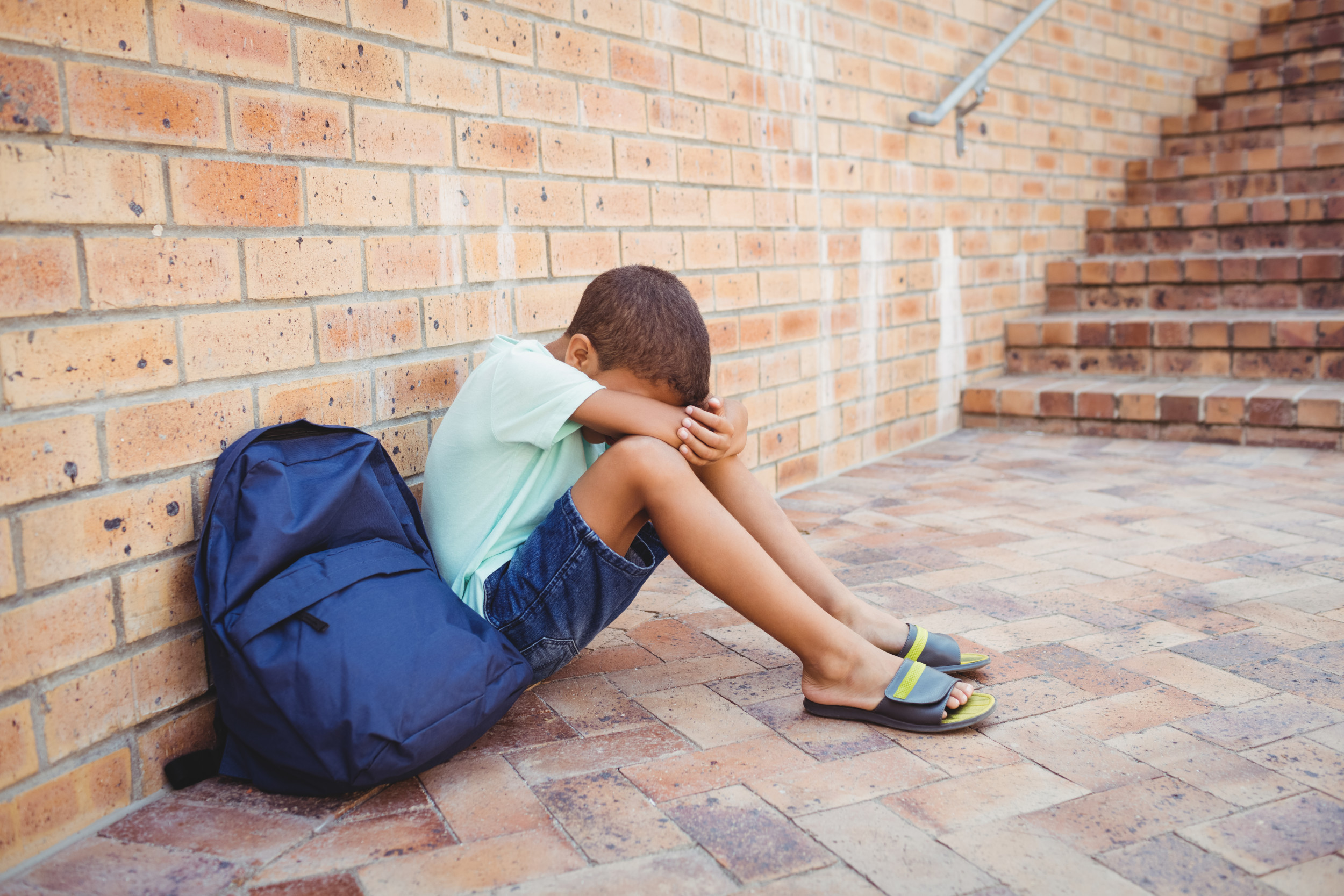 A dad has been praised for punishing his stepson after the boy uttered a racial slur at his son, who is mixed-race.

The 29-year-old Reddit user, PapaBearTryin, sought advice online as he shared the family dynamic in the popular “Am I the A**hole?” forum, also known as “AITA.”

The dad, who describes himself as white, had a 10-year-old boy with his late-wife, who was Black and sadly died from ovarian cancer, he explained.

“We have a 10yro son together (he’s mixed race). 3 years ago I remarried. My wife (white) has a 7yro son (white) and we are expecting a baby together (she is 4 months pregnant),” he said.

“The 7yro’s father signed off his parental rights and I legally adopted him when I married his mom.”

Recently his stepson has been “acting up” as he’s been having a tough time, PapaBearTryin explained. The boy’s biological dad had died, his grandma hasn’t fully recovered from COVID, and online school was hard on him.

But his behavior crossed a line after he made a comment to his stepbrother.

The dad explained: “The 10yro was finishing a school project on black history for his history class and presented it to all of us as a practice round for his presentation at school.

“The 7yro had a lot of snarky comments and my wife and I asked him to stop it many times. After the 10yro was done with the presentation, he said ‘do you have any questions?” and the 7yro said “well ***** tell me why you chose this topic.’

The dad said he was “speechless” over the choice of word; his wife sent her son to his room. His 10-year-old was “really sad,” the father said. “Because while he has heard that word before…never from his brother.”

He continued: “My wife and I spoke to the 7yro and he said he heard the word in school and grandpa sometimes says it.

“I told him to apologize to his brother [and] that he is now grounded for a week, which means he won’t go to the aquapark this weekend with my parents, which he was really excited about. He is really really upset with me.”

The post, entitled “AITA for grounding my stepson when he called my son a slur?” which can be read here, has amassed more than 5,700 interactions, while the top comment by user MadamCrumb was upvoted more than 7,700 times at the time of publication.

It said: “Heartbreaking, you’ve done the right thing. This isn’t calling him an idiot during an argument, this is done to hurt. NTA [not the a**hole], I don’t knowing therapy is an option where you are but if you can afford it it could help the the younger brother learn to cope with the upheaval with his life. Good luck.

“EDIT: I was thinking the grandpa was impossibly the deceased mum’s dad and it was said as a term of endearment. I now know I’m wrong on that and granddad is a racist.”

In the comments, the dad explained the 7-year-old claimed to have heard it from his maternal granddad, who is white, adding: “My wife will talk to him and we’ll see what he’s been saying to our 7yro. Then we’ll work from there—if he did really use the word in front of our kid, that’s it for contact with grandpa unless he changes.”

A few suggested getting him to make his own Black History Month project, which the dad said was a “great idea.”

Numerous people agreed punishment was in order. Hereforthesnacks2 wrote: “NTA—nip this in the bud when they’re young.

Lulugingerspice said: “That’s some amazing parenting! Thank you for focusing on education rather than shame and punishment (like my parents did).”

DogsReadingBooks said: “NTA. You disciplined your stepson. This is quite normal when kids are growing up. This way he will (hopefully) learn not to use that kind of language.”

SensitiveCap7656 wrote: “Maybe it’s time to give him an age appropriate lesson about its implications and why it’s hurtful.”

Croquetica said: “I agree, at this age the learning opportunity will be more useful than punishment. You also want the 7 year old to stand up for his brother in the future, and vice versa.”

While Curlsthefangirl added: “Absolutely agree. This needs to lead to a bigger discussion. If he didn’t know it was a slur or the meaning behind it, this isn’t going to teach him why he shouldn’t say it.”

The chart below, provided by Statista, explores Juneteenth.

In the U.S., February is Black History Month, and National Geographic Kids has a dedicated section on it for children, a good resource for parents like this dad trying to educate their children about race relations in an age appropriate way.

Numerous other countries, including the U.K., have their own Black History Month. The site noted: “Today Black History Month continues the discussion of Black people and their contributions through activities such as museum exhibits and film screenings, and by encouraging the study of achievements by African Americans year-round.”