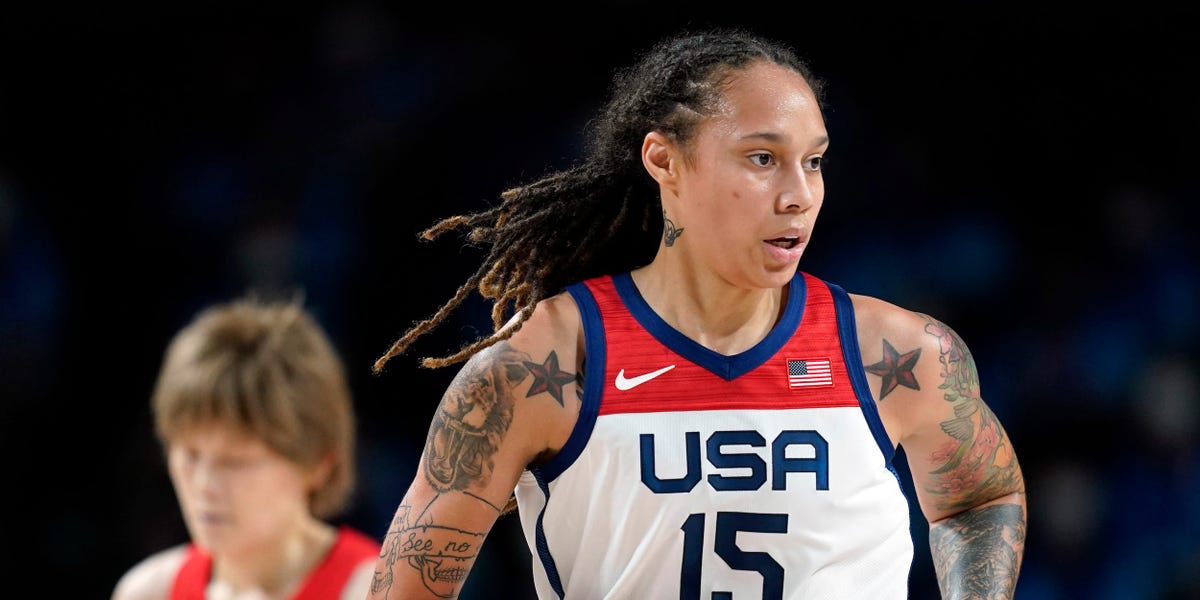 A top spokesman for Russian President Vladimir Putin this week denied that detained WNBA star Brittney Griner is a “hostage,” while declining to offer any update on the athlete’s possible release.

Dmitry Peskov in an exclusive interview with NBC News on Monday pushed back against the US State Department’s posture that Griner is being held hostage in the country after Russian authorities detained the basketball player in February, saying they found hashish oil, which is a cannabis concentrate, in her luggage.

The charge carries a possible maximum penalty of 10 years in prison in the country.

Griner was traveling to Russia to play in the country’s professional league amid the WNBA’s offseason. When she arrived in Moscow, Russian authorities said they discovered vape cartridges with hashish oil in her bag.

Since her arrest more than four months ago, Griner’s detention has been further extended three separate times. Earlier this month, Russian state news outlet Tass reported that she’s set to remain in jail until at least July 2.

She was arrested on February 17, and shortly after, on February 24, Russia invaded Ukraine, complicating diplomatic relations.

One legal expert previously told Insider’s Meredith Cash that he fears her hearing will “never happen,” and predicted that Griner will either be “clandestinely found guilty” or exchanged in a prisoner swap.

American authorities were quietly negotiating her release and safe return to the United States following her February arrest. But in May, the State Department moved her case to the agency’s Presidential Envoy for Hostage Affairs, reclassifying the situation as “wrongful” detention and ramping up their efforts to secure her release.

The new designation also offers Griner’s supporters the opportunity to speak more freely about her detention and openly campaign for her release.

Peskov said Griner is being treated no differently than any of the “hundreds and hundreds of Russian citizens” that were sentenced for the same alleged crime.

“She violated Russian law, and now she’s being prosecuted,” Peskov told NBC News. “It’s not about being a hostage. There are lots of American citizens here. They’re enjoying their freedoms … but you have to obey the laws.”

Neither Griner’s team, nor the State Department immediately responded to Insider’s request for comment.

Last month, Tass reported that Griner might be exchanged for Viktor Bout, a Russian businessman who was convicted in the US for dealing arms. Peskov refused to confirm the report when NBC News inquired about the possible exchange.