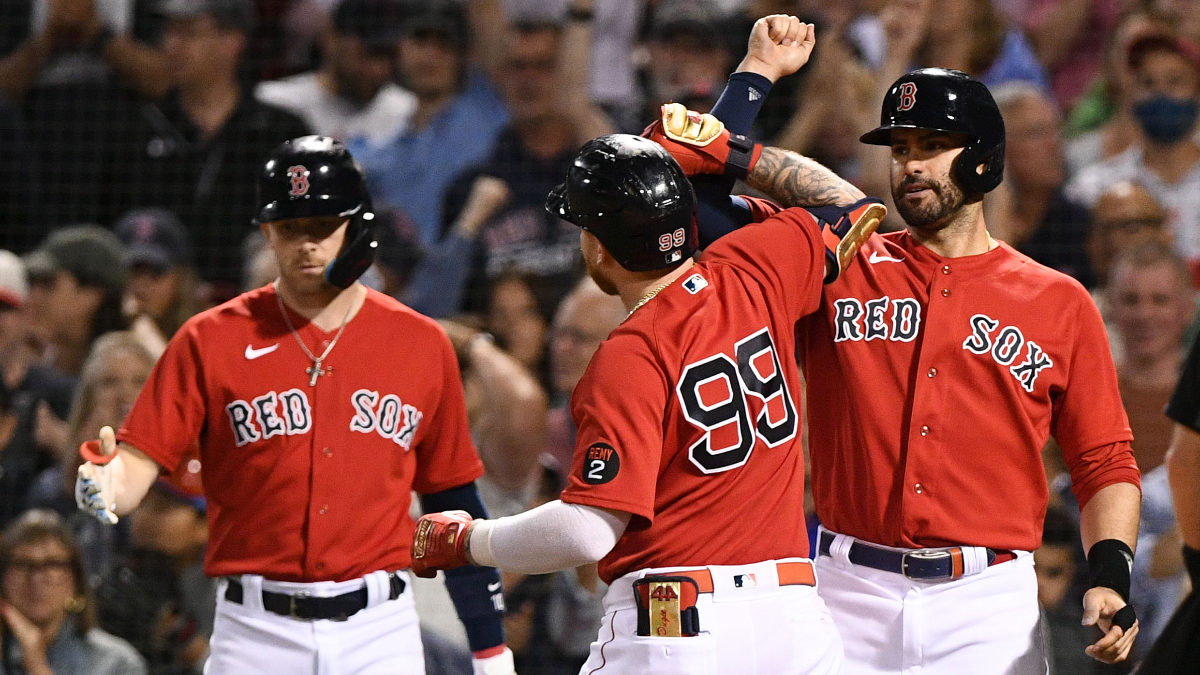 The Red Sox’s offensive onslaught against the Athletics on Wednesday likely was particularly enjoyable for one player.

Alex Verdugo went 3-for-5 with four RBIs in Boston’s 10-1 win over Oakland at Fenway Park. Two of those runs were brought in via a sixth-inning round-tripper, which halted Verdugo’s home run drought at 48 games.

It’s standard for players to claim they’re not thinking about a drought or slump when they’re going through it at the dish. But after finally putting one over the fence for the first time since April 16, Verdugo admitted the skid crept into his mind at times over the past two months.

“Certain days, it weighs heavy and then other days, it doesn?t matter,” Verdugo told reporters, per MassLive. “I’ve been seeing a lot of guys hitting homers. I’m like, ‘Man, when am I gonna get a cart ride?’”

It’s worth noting Verdugo’s first two home runs of the 2022 season were hit in consecutive games. The energetic outfielder will try to follow suit Thursday when the Red Sox go for a three-game series sweep of the A’s.