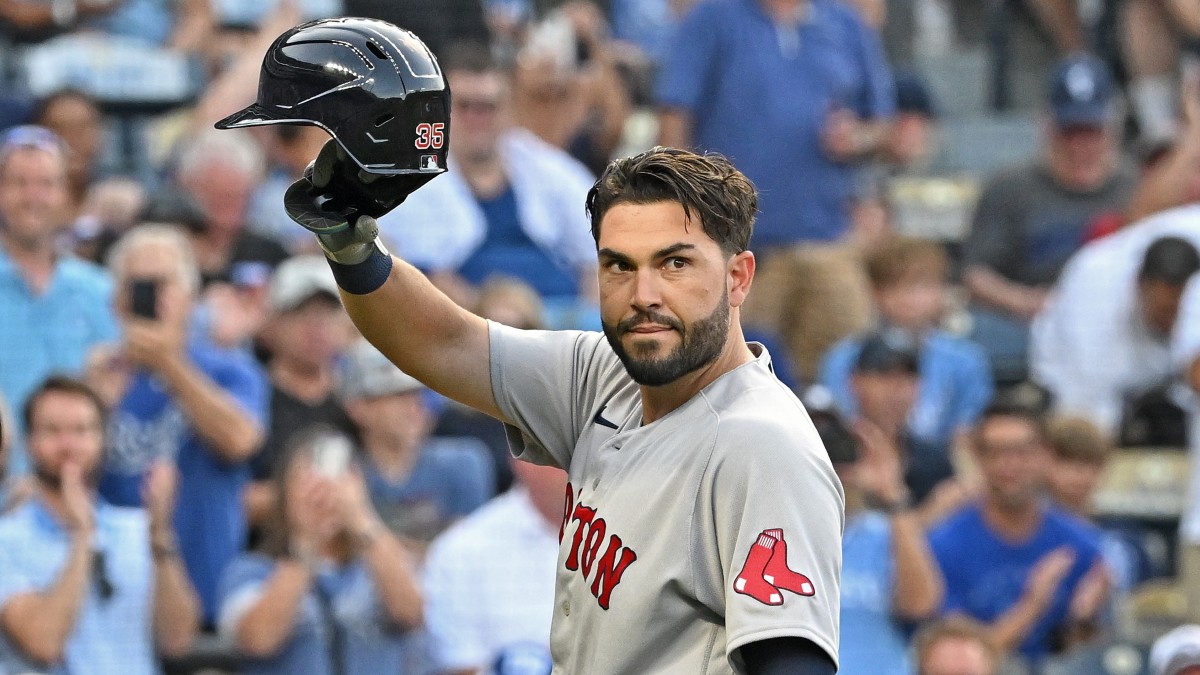 After five years with the San Diego Padres, Eric Hosmer is now a member of the Boston Red Sox, and he had the opportunity to return to Kansas City — where he played the first seven years of his career — for the first time since 2017.

The Royals came out on top against the Red Sox on Thursday in Hosmer’s first game back, but Boston’s new first baseman, who was acquired at the Major League Baseball trade deadline on Tuesday, received an ovation from the Kansas City faithful at Kauffman Stadium. Hosmer reflected on his experience facing the team he won a World Series with in 2015.

“There’s certain things I didn’t miss about this place, that was one of them,” Hosmer told reporters when asked about how tough it is to get hits in center field, as seen on NESN’s postgame coverage. “I thought we hit a lot of balls good today to right field. Those guys did good running them down, tracking them down. It was fun to be back. It was a long time. Good to get acclimated with all the guys here. Fun group, good group, group that wants to win so it seems like it’s gonna be some fun times here.”

The game was marked by a Salvador Perez three-run home run that was disputed by Red Sox manager Alex Cora, who was ejected for his dispute. Hosmer, who was drafted by the Royals, admitted it was a situation he had never seen either.

The first baseman spoke more on what it was like to receive an ovation in his first game back in Kansas City.

“It was special,” Hosmer said. “It’s just a long time since I’ve been back here and then just kind of rolling through memory lane real quick. That little highlight video brought back some good memories. It was good to see (Perez), good to see some familiar faces out in the stands. Glad to get all that stuff out of the way in the most humble way possible. Now we can get back to trying to win ballgames and that’ll be the main focus.”

Hosmer had quiet night from the plate, going 0-for-3 with a walk. However, the experience Thursday night was still a memorable one for the first baseman.