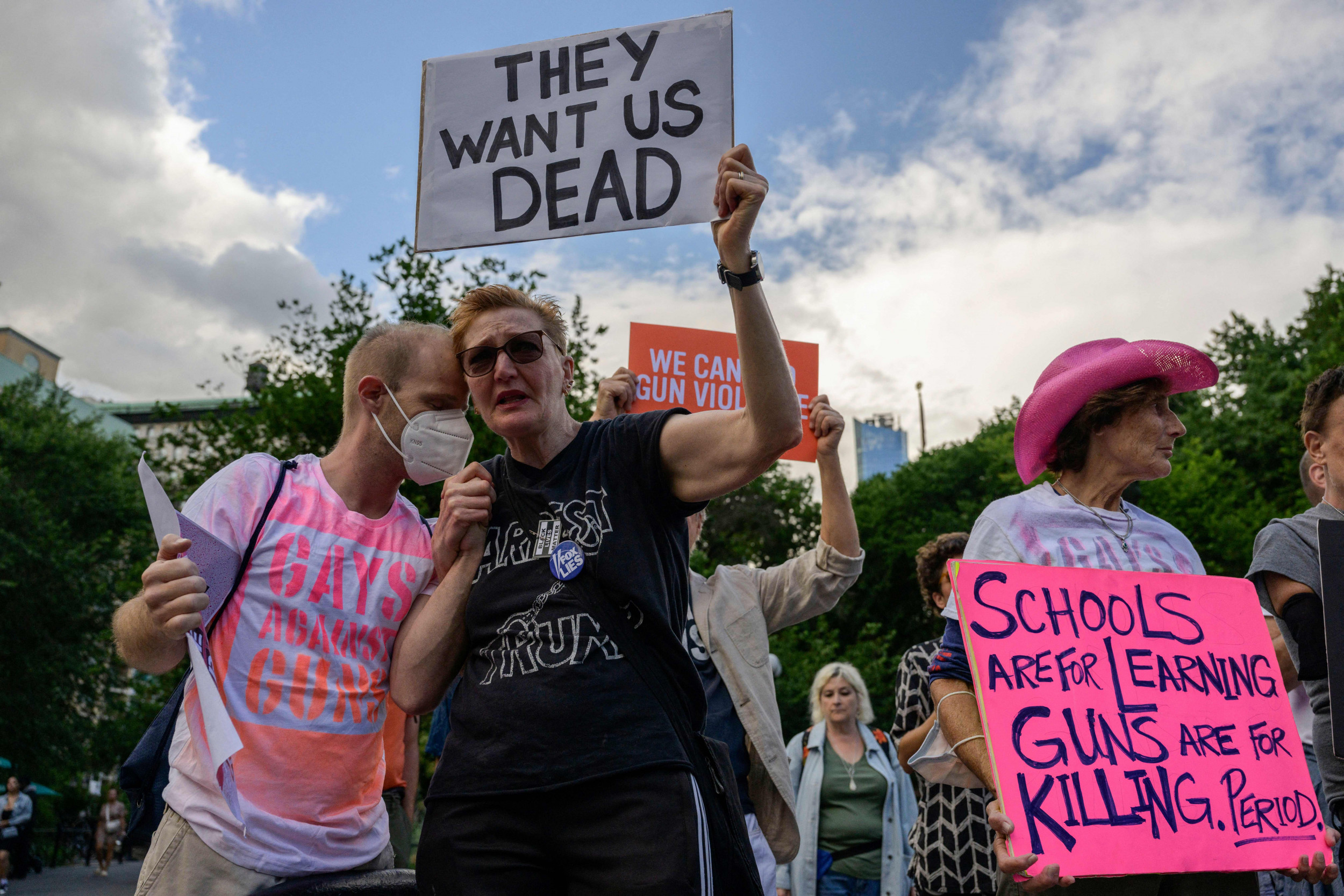 The Senate overcame a decades-long legislative log jam by passing a bill intended to reduce gun violence, but left out a key provision from the last time Congress took up firearm safety.

The Senate passed the Bipartisan Safer Communities Act on a 65-33 bipartisan vote Thursday evening. Spurred by the elementary school shooting Uvalde, Texas, and other recent massacres, the legislation seeks to keep firearms from dangerous individuals. However, gun control advocates pointed out that the bill doesn’t reinstate the 1994 ban on semiautomatic military-style rifles that has been credited with reducing firearm-related violence.

Fifteen Republicans senators joined Democrats in voting for the legislation, which allowed it to clear a legislative filibuster in the evenly divided chamber.

“This is the sweet spot,” said Republican Mitch McConnell of Kentucky, the Senate’s minority leader.

McConnell, who has an A+ rating from the National Rifle Association, said the bill would make communities and kids in school safer without “laying one finger on the Second Amendment for law-abiding citizens.”

The bill would create new funding for states to administer “red flag” laws, which allow courts to order guns be kept away from people deemed to be a danger to themselves or others. It creates new penalties for “straw purchasing,” while strengthening laws intended to keep firearms from domestic abusers and gun traffickers.

Additionally, the bill incudes new funding for mental health and school security. It also enhances background checks for would-be gun buyers under 21 years of age, requiring an investigation into their juvenile and mental health records.

Gun control advocacy group Everytown for Gun Safety heralded the bill as a “massive victory” in a statement after its passage. Senate Majority Leader Chuck Schumer also noted that just a few weeks ago the bill seemed “impossible.”

But to get Republican support for the bill, Democrats dropped any push to ban military-style rifles.

The last time Congress passed a gun control bill was in 1993, when then-President Bill Clinton signed legislation with bipartisan support banning AR-15s and other so-called assault weapons. The ban, which went into effect in 1994, expired in 2004 under then-President George W. Bush.

“The common denominator in so many mass shootings today are assault weapons,” California Senator Dianne Feinstein said in a speech on the Senate floor Thursday.

She pointed out that the recent mass shooters couldn’t buy beer or cigarettes but could purchase military-style weapons. She added that federally licensed firearms dealers are not allowed to sell or deliver handguns to buyers younger than 21.

Research shows that the ban on military-style rifles has reduced violence. One 2019 study from Stanford Law School found that in the decade preceding the ban there were 33 percent additional mass shootings and 65 percent more associated fatalities.

However, AR-15s and other similar weapons have become increasingly popular since the ban lapsed. According to a 2020 estimate from the National Shooting Sports Foundation, there are nearly 20 million military or modern sporting rifles in circulation.

Newsweek reached out to Everytown for Gun Safety.