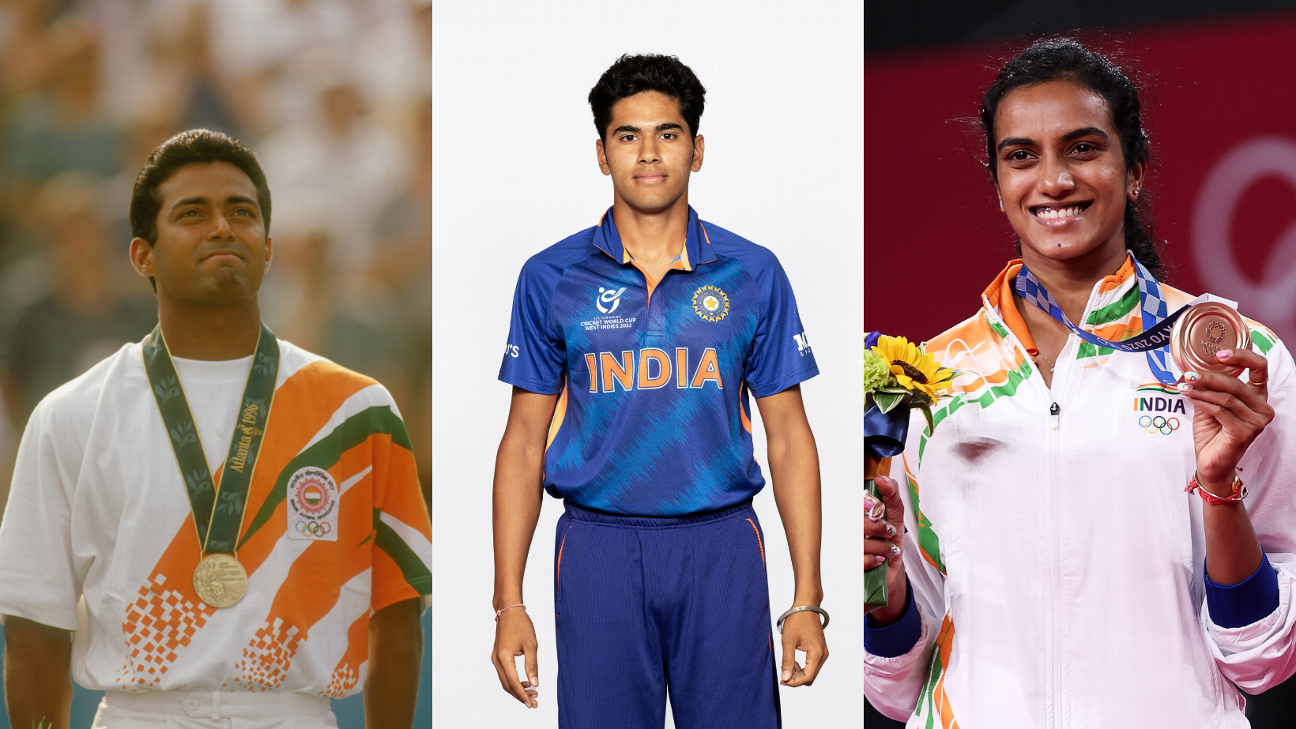 It’s ever so special to represent the national team, although sporting dynasties within the same sport are a rare phenomenon. For members of the same family to represent India internationally in different sports, is perhaps, even more unusual. Pace bowler Raj Angad Bawa will be one of those select few now. Bawa has been named in the Indian squad that takes on South Africa in the U-19 World Cup on Saturday. He isn’t the first in his family to compete for India. His grandfather Tarlochan Bawa was a key member of the Indian hockey squad that won gold in the 1948 Olympic Games – the first for a newly independent country. We take a look at a few more instances of this select group:

Tarlochan Bawa was a member of the Indian Hockey team that competed in the 1948 Olympic Games. He scored two goals in the tournament – most memorably, the final strike that sealed a 4-0 win over Great Britain in the gold medal match at Wembley stadium. Grandson Raj Angad has played four games for the India U-19 team. A fast bowling all-rounder, he has a batting average of 45.50 and has taken eight wickets at an average of 21.37.

One of only two individual athletes to win two Olympic medals – badminton player PV Sindhu is already arguably India’s greatest Olympic sport athlete. Her father was a high level athlete himself. He was part of the 1986 Asian Games bronze medal winning squad – the last time an Indian volleyball team won a medal at the Asian Games. He received the Arjuna Award in 2000 and when Sindhu was awarded the same prize in 2013, they became the first father-daughter pair to receive the country’s signature award for sporting excellence.

Perhaps the finest Indian track athlete, Milkha Singh won multiple medals at the Asian and Commonwealth Games. He also represented India at three different Olympics, finishing fourth at the 1960 Games in Rome. His son, Jeev Milkha Singh, would have a remarkable sporting career too. He was the first Indian golfer to compete on the European tour in 1998. He would also bag four titles each on the European and Japanese Tours and another four on the Asian Tour.

Nandu Natekar was one of the early stalwarts of badminton in independent India. A seven-time national champion, he also represented the country internationally at the 1966 Commonwealth Games. A quarterfinalist at the All England Championships, he was the first Indian player to win an international title – at the Selangor International tournament in Malaysia in 1956 – and also the recipient of the Arjuna Award when it was first awarded in 1961. His son, tennis player Gaurav Natekar, would also win the same award in 1996. Gaurav was no less accomplished a sportsperson, winning two Asian Games gold medals and featuring in the squad that reached the semifinals of the 1993 Davis Cup.

Mulvantrai “Vinoo” Mankad played 44 Test matches for India, and was considered one of the leading all-rounders of his day, scoring 2109 runs with a highest of 231 and claiming 162 wickets with a best haul of 8/52. He would be renowned for multiple reasons -being one of only three batsmen to bat at every position, being part of a record opening stand of 413 runs and lending his name to a controversial mode of dismissal. His son, first class cricketer Ashok Mankad, would marry Nirupama – who was a pioneer of Indian women’s tennis. Nirupama was the first Indian woman to play in the main draw of a grand slam, reaching the second round of the mixed doubles event at Wimbledon in 1971. Her son, Harsh Mankad, would also compete for India in tennis. He represented the Indian team at the Davis Cup between 2001 and 2010 and was also the first Indian after Leander Paes to win an ATP Challenger title when he won the Manchester Challenger Title in 2006.

Vece and Leander Paes are the only Indian parent-child duo to have won an Olympic medal. Vece was part of the Indian hockey team that won bronze at the 1972 Munich Olympics. That medal would be followed 24 years later by another bronze, won by Leander in the tennis men’s singles event at the 1996 Games in Atlanta. Leander, who had taken part in the 1992 Olympics as well would compete in a record seven Olympic games, reaching the bronze medal match in 2004 as well. Leander’s mother Jennifer was also an Olympian, representing the Indian women’s basketball team that competed at the 1972 Olympics.

Susan Itticheria had a short international career for India, representing the women’s cricket team in seven Tests and two ODIs. However she was still part of history, competing in the first ever Test match played by an Indian women’s team against West Indies in 1976. Her daughter Dipika, would represent India in squash. She won three medals at the Commonwealth Games, including a gold medal in the doubles event at Glasgow (2014) and another four medals at the Asian Games. She also went on to become the first Indian woman to break into the top 10 of the World Rankings in squash.