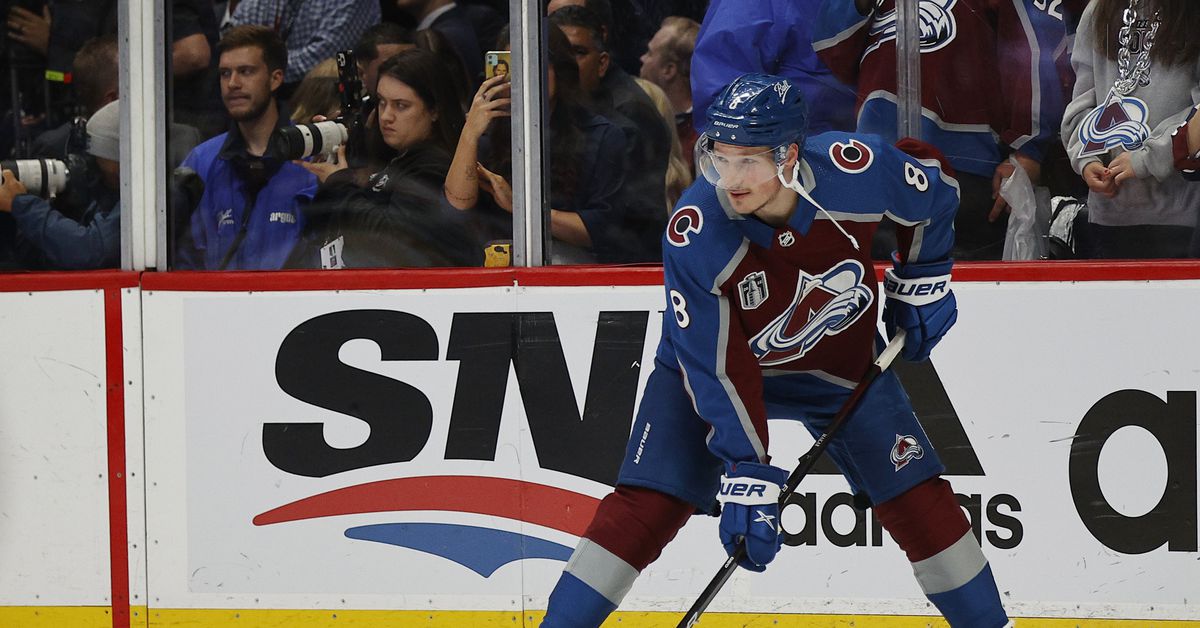 We’re two games into the 2022 Stanley Cup Final, and it’s been anything but even. The Colorado Avalanche have a commanding 2-0 series lead over the two-time defending champion Tampa Bay Lightning. The Avalanche looks faster, smarter, and hungrier than Tampa Bay, but no team is in real trouble until they lose on home ice. The Lightning look to regain some momentum in the series on Monday night, but it doesn’t look good for the defending champs.

The Conn Smythe race is starting to round into its final form as Game 3 looms over the horizon. Currently, the race, in my mind, has four players realistically in the running. However, it’s more of a two-horse race with the latter two barely holding on, but if the Lightning claws their way back into the series after Games 3 and 4, then things might become really interesting.

Here are my rankings for the Conn Smythe after two games in the Stanley Cup Final:

Makar is arguably the biggest game-breaker between both teams (and these teams have some huge game-breakers on their rosters), impacting the game in all three zones. Honestly, the gap between Makar and the next player on this list is massive in my eyes—and the second player on this list has been unreal in his own right. His offensive brilliance is blatantly clear, but his defensive play has been near immaculate through the series’ first two games. He is tied for the lead in points (24 with Nikita Kucherov) of active players left in the playoffs; he holds the Avalanche’s record for most points by a defenseman in a postseason—mind you, he’s done this in only 16 games so far.

Makar is unbelievable to watch—the dynamism he brings on every shift can alter a game in a blink. He’s quickly earning the title of most complete defenseman in the NHL, and he’s doing it against a team with Victor Hedman. Look at this shorthanded goal in Game 2; it’s a thing of beauty from start to finish.

MacKinnon is the best forward on arguably the best team in the league and the likely new champion. He embodies everything Colorado wants to do offensively; fast, aggressive, tenacious, and has the finishing ability that rivals anyone at the top echelon of the NHL. Sure, he’ll be mentioned in passing as one of the better forwards in the league, but these playoffs, he’s been unreal for Colorado. 20 points through 16 games, 11 of those being goals (the most of any player left in the playoffs) and the de facto leader on the ice. It feels like he is criminally underrated by many in the league.

MacKinnon has ascended to a different plane of existence these playoffs. However, he’s elevated himself even more in the Final. Through the first two games, the Avalanche have out-attempted (34-12), outshot (12-4), generated more scoring chances (15-5) and high danger chances (7-2), and have generated an expected goals rate of 82 percent with MacKinnon on the ice. Those are video game numbers, folks.

What else can you ask of MacKinnon? He’s playing like a man possessed by one goal—to hoist the Stanley Cup. The only knock against him? He plays on a team with Makar, who has been flat-out better in all aspects.

There is a massive chasm between the top two and the bottom two for this ranking given how the series has progressed thus far.

The best goaltender in the world has been anything but that through the first two games of the Final. He’s looked rattled, something we haven’t seen since his rookie season, and the sheer amount of questionable goals he’s allowed has some wondering if all of the high-pressure playoff games he’s been in the past three years have finally caught up to him.

The team in front of him hasn’t helped him, but make no mistake, Vasilevskiy has not been good to start this series. He managed decently enough after letting in three goals in Game 1, but Game 2 was an absolute slaughter, and the Big Cat was soundly beaten every which way from Sunday by the Avalanche.

The numbers bear this out, Vasilevskiy, the reigning Conn Smythe winner, is sporting a .838 save percentage and a 5.5 goals-against average through two games.

If there is any goaltender who has clearly shown their ability to bounce back and dominate a series, it’s Vasilevskiy. He is the catalyst for Tampa Bay’s three-peat bid, and even after two ugly games, he is still sporting a .918 save percentage overall—more than good enough to win a series. If Vasilevskiy bounces back, as his history has shown, the Avalanche might be gripping their sticks a little tighter.

He’s Tampa Bay’s most dynamic forward and is tied for the lead in points with Makar (24) among active players in the playoffs. He’s shown flashes of brilliance in the early going of this series, specifically, his beautiful play on Ondrej Palat’s goal in Game 1.

However, the Lightning goes as Kucherov goes, which was abundantly clear in Game 2 as Colorado waxed Kucherov and Tampa Bay in a drubbing we haven’t seen since the 1990s.

Just as Vasilevskiy will likely bounce back and give his team a chance to win, Kucherov has to elevate his game once again to keep his team’s hopes alive. With a clearly ailing Brayden Point and Steven Stamkos more in a secondary scoring role at this point in his career, Kucherov will be the driving force that could bring Tampa Bay back into the series.

His past postseasons showcase how dominant of a player he is and how he could’ve won either Conn Smythe the past two playoffs, and that’s what keeps him on this list. You don’t count out players like him until they’re eliminated.