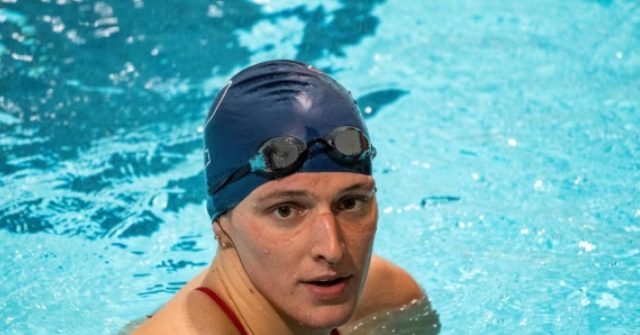 On Sunday, the international governing body for swimming, Fina, officially enacted rules that will exclude transgender swimmers such as Lia Thomas from competing under their chosen gender in competitions organized under its authority.

The group also decided to create new trans categories for swimmers who became transgender after puberty.

Fina described the new policy as a way to implement “full inclusion” for trans athletes but not at the cost of “competitive fairness” for natural-born women.

“Fina will always welcome every athlete,” Al-Musallam said. “The creation of an open category will mean that everybody has the opportunity to compete at an elite level. This has not been done before, so Fina will need to lead the way. I want all athletes to feel included in being able to develop ideas during this process.”

This new rule would necessarily exclude UPenn swimmer Lia Thomas who only decided to “transition” as an adult, and any male-born trans athlete who hadn’t “transitioned” before the age of 12. The strict rule would ban nearly every trans athlete because few meet those requirements.

Thomas enraged many by entering the 2021/22 college swimming season with the school’s women’s swim team and blowing away all competitors to win the NCAA championships. Critics said Thoma’s more powerful male physique gave him an unfair advantage, and the long list of broken records and wins Thomas racked up seemed to justify the anger.

Fina’s rule will undoubtedly make waves across the world of sports.

FINA’s new eligibility criteria for transgender athletes and athletes with intersex variations is discriminatory, harmful, unscientific and not in line with the 2021 IOC principles. If we truly want to protect women’s sports, we must include all women. https://t.co/MDjrWB6GrU

In the past, the Olympics have accepted the rules of international sports bodies such as Fina. Still, the IOC could refuse to employ Fina’s policy.

Of course, it is also possible that Fina is only the first domino to fall, and other sports authorities may join the swimming agency in implementing similar rules.

In any event, Fina’s decision will cause an upheaval in the world of sports. Only time will tell if Fina’s rules for trans athletes will start leaking out to other sports or if Fina will become isolated, labeled as “bigots,” and forced to reverse itself.