When Deidra Mayberry was a child, she struggled with reading. Feeling embarrassed and ashamed, she did her best to hide it. And she was pretty good at hiding it. As her family moved around a lot, due to her parents’ military career, she adapted and kept hiding it — making it all the way through school without anyone really noticing.

After graduating from high school, she started looking for support to improve her reading skills.

“I was turned away because I was over the age of 17, and other private options like one-on-one tutoring were financially out of reach for me.”

Deidra promised that one day she’d do something to fix it. After struggling for years, and eventually finding support, she started a nonprofit to help other adults facing their own challenges with literacy. Now she’s striving to help the almost 43,000,000 adults who still are struggling. According to the National Center for Educational Statistics (NCES), 21 percent of adults in the United States (about 43 million) fall into the illiterate/functionally illiterate category.

For Deidra, college was the first time she experienced and understood what functional illiteracy was. Someone who is illiterate is unable to read or write at all, but someone who is functionally illiterate has some reading skills — they’re just not strong enough to manage daily living and employment tasks.

She was able to graduate by taking extra summer semesters, spending long nights studying, changing her major when it got too hard, and getting help from her dad.

“I was so proud that I actually made it through college and graduated,” Deidra says. “But once I started to apply for jobs, reality kicked in fast. I never truly fixed my literacy problems. Instead, I found ways to work around them in order to spare myself the embarrassment and shame that I already felt daily.”

“I relied heavily on movies to teach me and give me exposure to things in life that would help me relate to others,” she says. “This caused me to live a life of fear, limitations, and hopelessness.”

“I felt unworthy because I knew I had this big secret — and thought if people knew, they would see that I had no value.”

Deidra continued to live like this for years until she had a lightbulb moment.

“I was working so hard to hide my literacy struggle in order to make it work, but I asked myself, ‘What if I worked just as hard to fix it?'”

She found the courage to tell a friend, who began tutoring her. “The hope, courage, and confidence she helped me find was the beautiful moment of empowerment that reminded me to create and provide a resource for people just like me.”

That’s exactly what she did. On March 12, 2020, she and another friend decided to start a nonprofit to help other adults that were functionally illiterate. And even though COVID-19 shut down businesses and sent people into lockdown the very next day, she didn’t let it stop her.

“I just believed God was with me and the time was still now because people have been waiting for this,” she says.

She launched Reading to New Heights, an organization that teaches adults the fundamentals of reading with one-on-one, confidential and virtual tutoring sessions with certified educators. 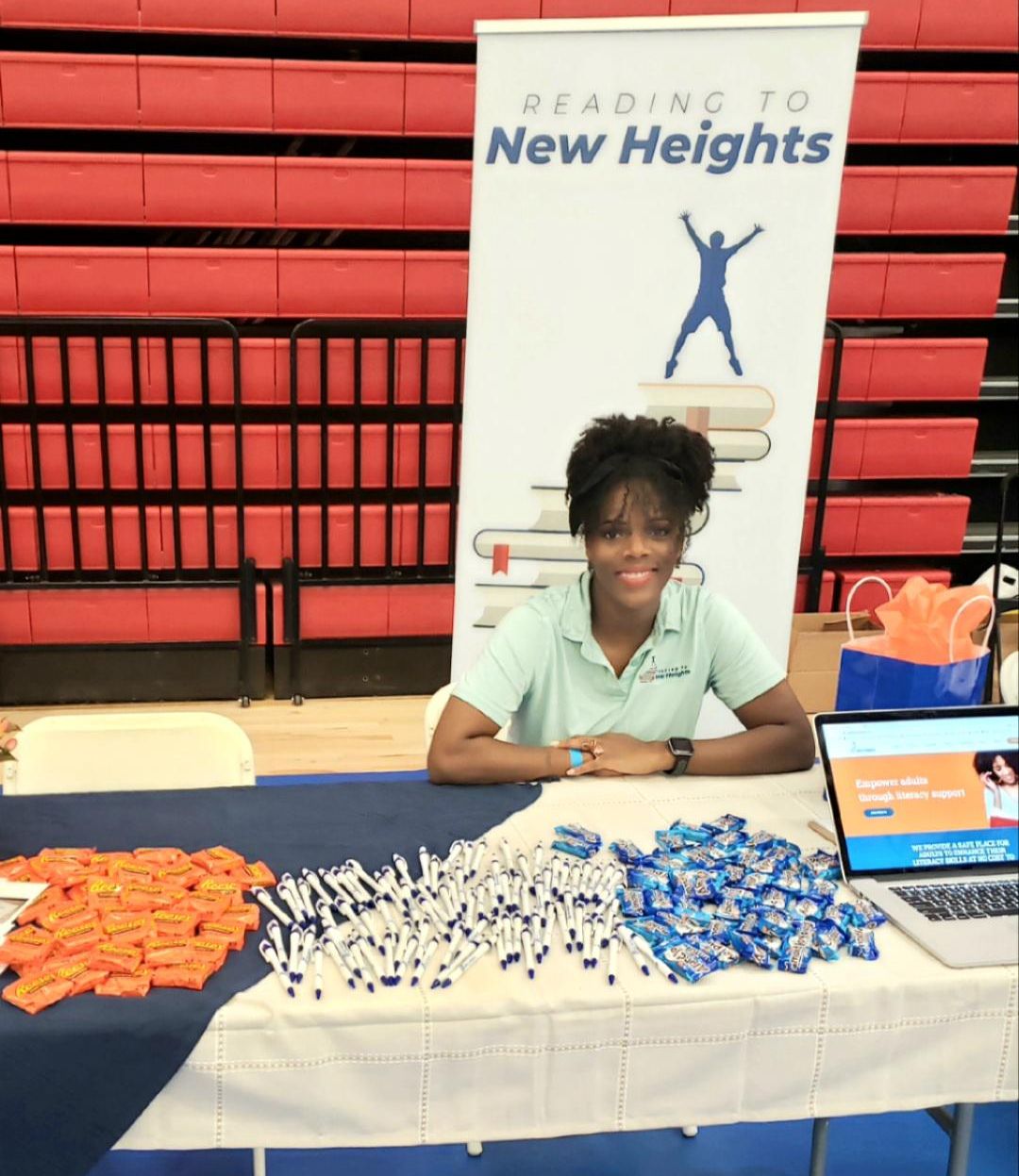 “The curriculum that our educators teach from allows our adult learners to revisit the fundamentals of reading and comprehension as if they are learning them for the first time,” Deidra says. “Basic reading foundations such as phonemic awareness, phonics, fluency, spelling, vocabulary and comprehension are exactly what adults struggling with illiteracy need in order to build competent literacy skills and fill the gaps that illiteracy causes in education.”

And most importantly, these services are provided at no cost, so that anyone who needs them has access.

“Though illiteracy and functional illiteracy can affect anyone, people in low-income and underserved communities of color are more likely to be limited in education, income, and workplace advancement opportunities because of it.”

“Illiteracy and functional illiteracy can be directly linked to higher prison populations, lower household incomes, and inaccessibility to quality healthcare,” Deidra explains. “By committing to developing the fundamentals of reading, our adult learners overcome both the psychological and environmental limitations of illiteracy.”

Since they launched, the nonprofit has been featured on Fox 4 News, which gave them the exposure they needed to grow from three adult program participants to 20 — and they hope to continue growing. They have also been accepted into an Incubator Program with the United Way, which is designed to support them while they build their business.

Deidra is one of Tory Burch’s Empowered Women this year. The donation she receives as a nominee is being awarded to her new and growing nonprofit.

“It’s kind of ironic, the very thing I was ashamed of and thought I had to hide for years was the one thing that, once I shared it, not only freed me but gave me hope and provided a way to help others,” Deidra says. “I love that my story has been about helping others find the courage to share and take the first step to start their literacy journey.”

To learn more about Tory Burch and Upworthy’s Empowered Women program visit https://www.toryburch.com/empoweredwomen. Do you know an inspiring woman like Deidra? Nominate her today! 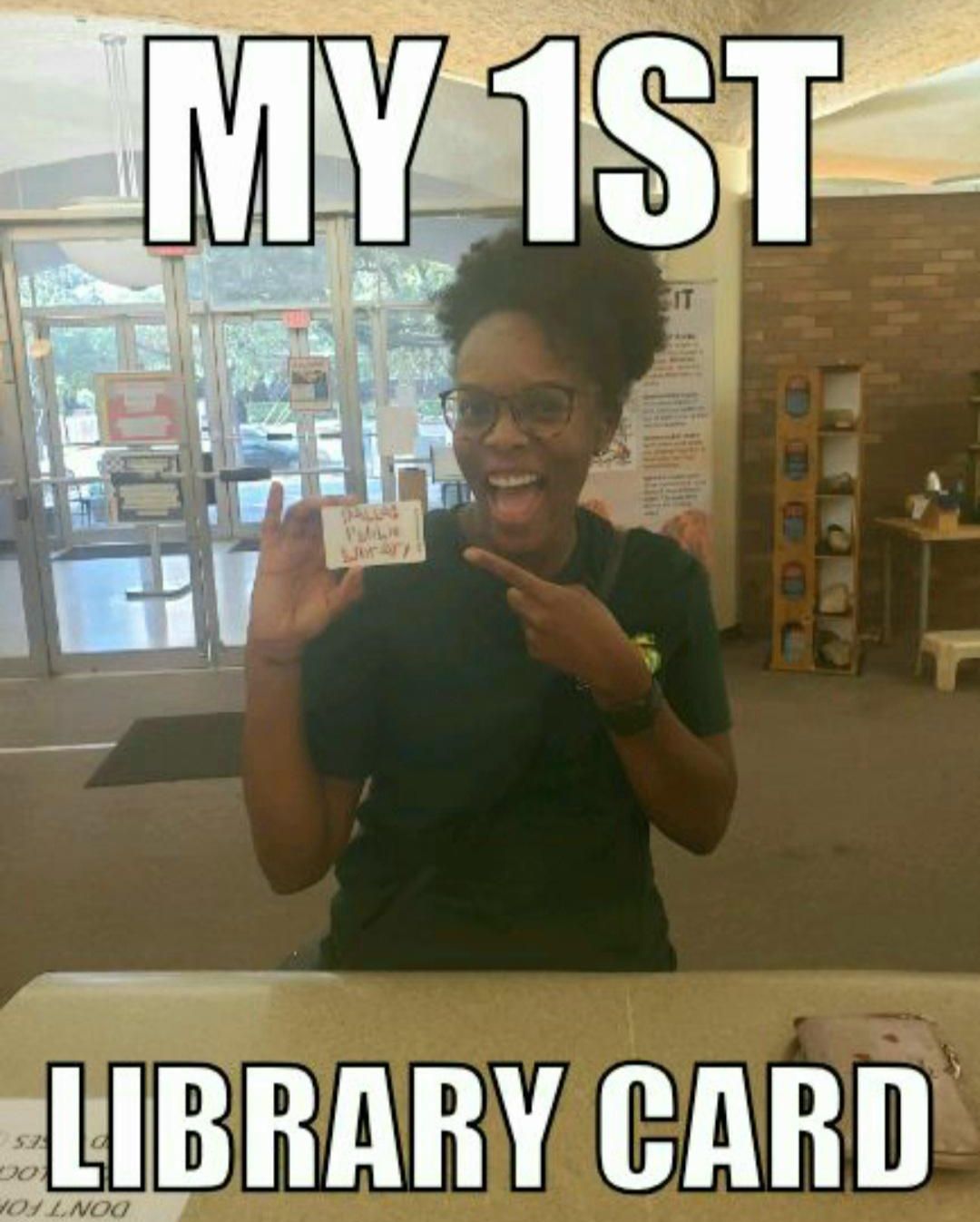