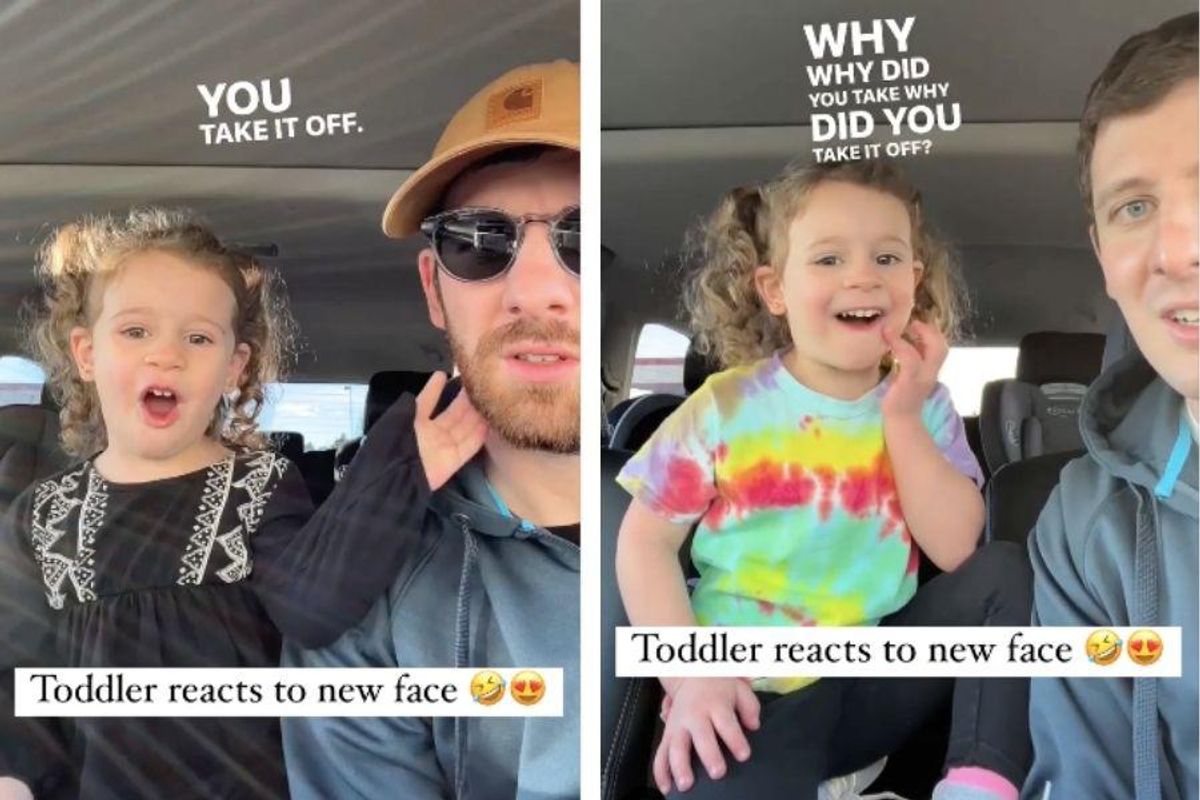 The first time a child sees their normally bearded dad without any facial hair can go a number of ways. Some kids cry and scream in terror, wondering who destroyed their father’s face. Others stare in confusion, unsure of what to make of it.

And then there’s this little sweetheart.

Ellie told her dad that she didn’t like his beard and asked him to “take it off.” So he did. At first, she’s a bit taken aback.

“Hey, why did you take it off?” she asked. (Ah, toddlers, always not wanting what they just said they wanted.)

Then she asked if he’d put it in the back of his head.

Then it just got sweeter and sweeter.

Children are just so pure, and it’s so clear that Ellie loves her Popsy so much, beard or no beard.

People are loving the video, which was originally shared by Ellie’s parents on @uncooltoddler on Instagram.

“You can tell her parents speak nothing but love to her,” wrote another.

“Well, that went well,” wrote one person. “My daughter had never seen her dad’s naked face till she was 4½ : she ran out into the yard screaming and wouldn’t come back in the house w ‘that shwange man’.”

“I wonder if this will get old the 3000th time I watch it?” wondered one commenter, reflecting how most of us feel.

Several commenters decided they were going to adopt the nickname “Popsy,” either for themselves or a dad or grandpa in their life.