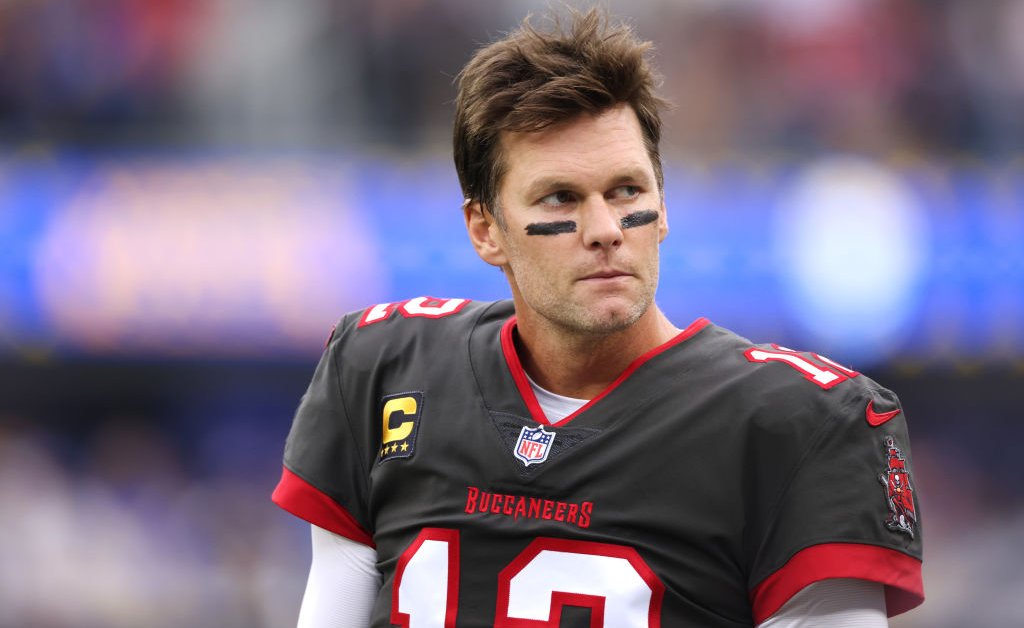 Tom Brady thought he would throw touchdown passes, basically forever. “I really think I can play as long as I want,” Brady, 44, said in October. “I could literally play until I’m 50 or 55 if I wanted to.”

Fans had plenty of reasons to believe him. Brady’s wellness company, TB12, focuses on “muscle pliability” and fancy healthy foods and quality sleeping and all that other buzzy stuff. And it all seemed to be working: Brady played in three Super Bowls past the age of 40. In his first year with the Tampa Bay Buccaneers, last season, Brady beat Patrick Mahomes and the Kansas City Chiefs a year ago.
[time-brightcove not-tgx=”true”]

His records are astounding. Games started: 316. Career pass completions: 7,263. Career passing yards: 84,520. Most touchdown passes (624). The seven Super Bowl wins—more than any other franchise—in 10 appearances. (He just couldn’t beat those pesky New York Giants, who beat New England in the Super Bowl twice, including during the 2007 season, when the Pats were a perfect 17-0).

Brady was also coming off a career year. Though his Tampa Bay Buccaneers, the defending Super Bowl champions, lost to the Los Angeles Rams in the divisional round of the playoffs, Brady threw for 5,316 yards, a career high, and 43 touchdown passes—also a career high.

So it’s very rare that when an NFL player may retire at 44, it’s a surprise. Why not throw for another 5,000 yards next season and just chase that eighth Super Bowl?

Dueling reports were released Saturday about Brady’s retirement. TB12 posted a congratulatory tweet about it; then took it down. ESPN’s Adam Schefter says he’s standing by the retirement report. Tom Brady Sr. says his son is not retiring: his agent insists that only Brady himself will make the announcement.

“Man if it’s legit he has had the greatest career of any QB. You can go back and forth with basketball guys on who’s the greatest but it’s hard to say there’s a QB above him,” says former Patriots linebacker Roosevelt Colvin, who won back-to-back Super Bowls with the New England Patriots, in a text to TIME. “Records, titles, wins etc. Great teammate, if you don’t know him or played with him you’d wonder why he acts like he does when seen from afar. When you have the chance to play with him, workout with him, practice with and against him you see why he does. IMO, the best to ever play the position.”

Yes, Brady has set an all-time bar for NFL greatness, made even more remarkable by his low-round draft choice. He was taken in the sixth round, and 199th overall out of Michigan, in the 1999 NFL draft. Drew Bledsoe was supposed to be the franchise quarterback in New England. Bledsoe got hurt, and Brady made history.

His life at times almost seemed too perfect. And there was that whole weird Deflategate controversy, which now seems like a funny footnote in his astounding 22-year-career.

Brady’s possible retirement is surprising. One of the most seminal eras in sports history could be over. But it shouldn’t be shocking. Every quarterback from now into the future will be chasing Brady. If he chooses to hang up his helmet, he’s earned the right to protect his health and spend more time with his family. He also earned one of those farewell seasons, being feted at different stadiums, given a rocking chair as a cutesy gift. He may skip that sort of thing. The seven Super Bowl rings may have to do.