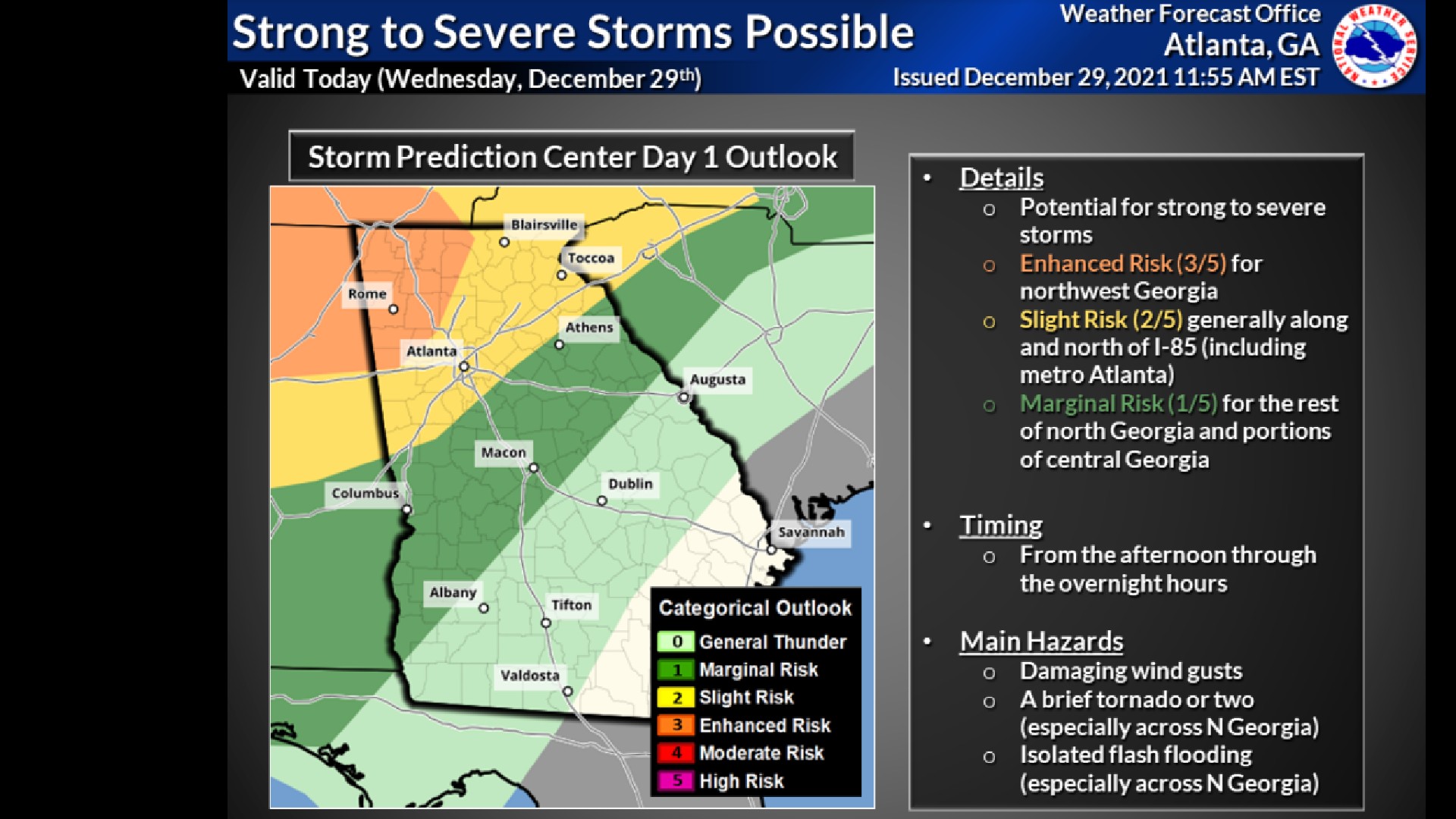 Severe weather warnings have been issued for the State of Georgia and Alabama as there is a risk of both flash floods and tornados for multiple counties.

At 1:53 a.m. eastern time Thursday morning the National Oceanic and Atmospheric Administration (NOAA) issued a flood warning for a river in Peachtree City.

The warning said the North Fork Peachtree Creek near Atlanta at Briarwood Road was at risk of flooding and could impact Dekalb County.

They advised against attempting to drive through roads that have been flooded.

“Most flood deaths occur in vehicles. Be especially cautious at night when it is harder to recognize the dangers of flooding.”

Multiple counties in Georgia are at risk of a one or two brief tornados as well.

According to a FOX 5 report the highest risk for severe weather appears to be Georgia’s northwest counties and these weather issues are expected to impact Mississippi state, Tennessee and Alabama.

Gilmer, Murray, Floyd, Whitfield, Gordon, and Pickens counties have all been issued with a severe thunderstorm warning until 10:45 p.m. Thursday.

The Metro Atlanta and northeast Georgia are at a slight risk for threatening weather, while a marginal risk exists for the southeast of the metro area.

In addition to the flood warnings and Tornado Watch in Georgia, the NOAA has issued a Tornado Watch for the neighboring state, Alabama.

The Tornado Watch will remain valid until 4 a.m EST on Thursday for 6 counties in central Alabama. These counties are Chambers, Chilton, Clay, Coosa, Randolph, and Tallapoosa.