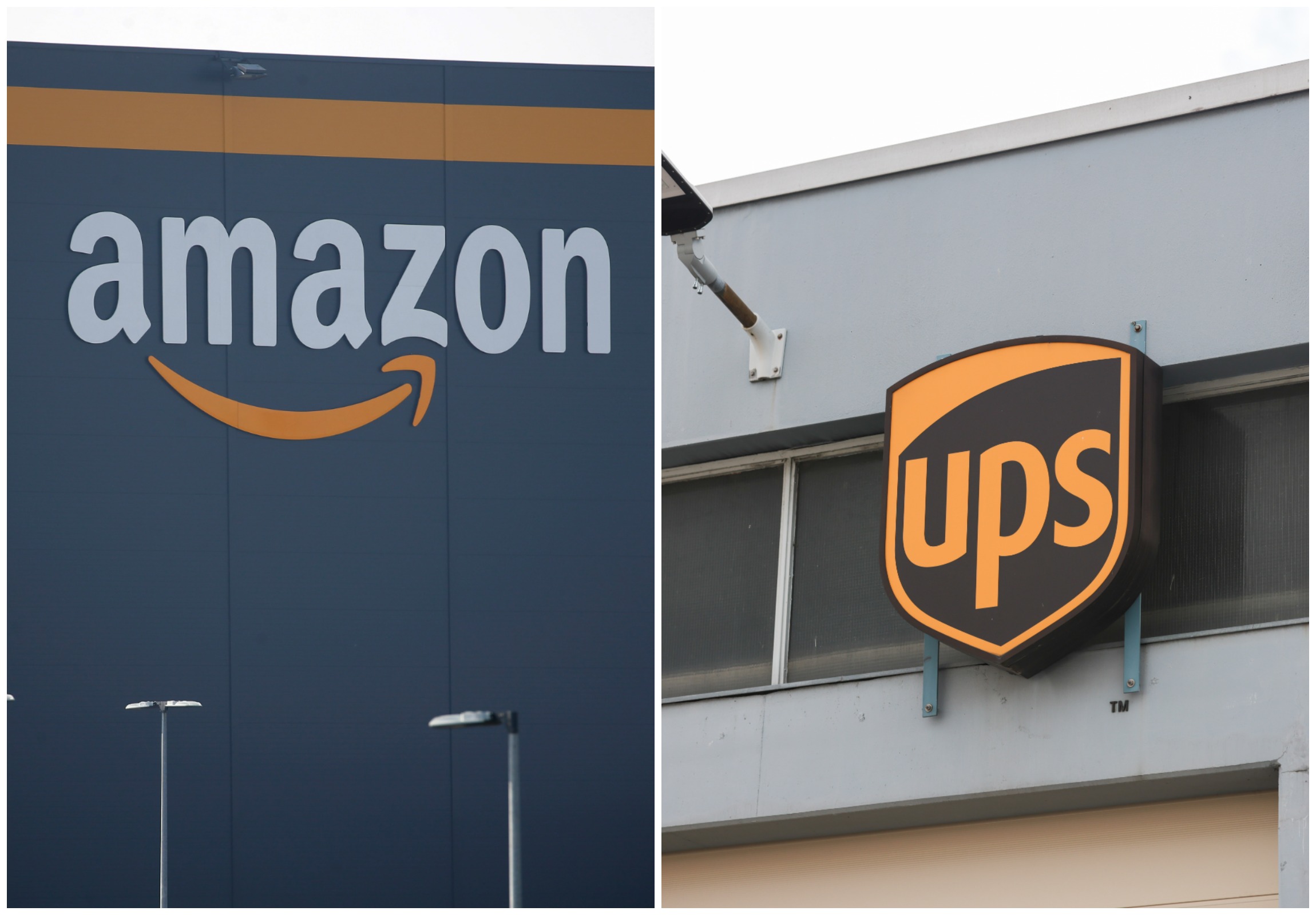 He captioned the video: “Keep hearing of train burglaries in LA on the scanner so went to Lincoln Heights to see it all.

He followed up this initial video with other clips from the train tracks showing the massive scale of discarded packages.

In an additional tweet, Schreiber wrote: “I’m told by law enforcement these UPS bags are especially sought after by thieves opening cargo containers.

“They are often full of boxes with merchandise bound for residential addresses. More valuable than say, a cargo container full of low-value bulky items like toilet paper.”

In another video he showed the sheer amount of discarded packages and packaging alongside a stopped train. He also said that the packages and boxes on the train tracks were all discarded there in the last month as the tracks were cleaned up 30 days ago.

Schreiber added that one of the packages found was listed as delayed after he entered its UPS tracking number. He also explained how thieves managed to break into the trains and steal goods.

He captioned it: “As you can see, trains frequently slow or stop in this area as they get worked into the Union Pacific Intermodal facility near Downtown L.A.

“The thieves use this opportunity to break open containers and take what’s inside. I’d say every 4th of 5th rail car had opened containers.”

Schreiber added that security jurisdiction fell on the Union Pacific Police, not local agencies like the LAPD. He also tweeted that he and his team did see Union Pacific police officers chasing two people off the tracks and patrolling the area.

Newsweek has contacted Amazon, Union Pacific and UPS for comment.

Los Angeles police have had to deal with smash and grab crimes occurring across the city.

On December 3, 2021, L.A. authorities confirmed that $340,000 worth of merchandise had been stolen in recent smash-and-grab thefts. Fourteen people were arrested in connection with 11 robberies of this nature between November 18 and 28.

Mayor Eric Garcetti called for an end to a no-bail policy for some defendants aimed at reducing overcrowding at Los Angeles County jails during the coronavirus pandemic. He insisted as the city gets into a better position to deal with the pandemic, jailing individuals who commit crimes should be a priority to prevent more criminal behavior.

“We need the help of our criminal justice system, of our judges, of our jailers,” Garcetti said during a news conference.

He continued: “We have opened up a lot of the city because we’re in a better place with COVID.

The statement read: “Our office has been collaborating with multiple law enforcement agencies and once all the evidence has been gathered, we will review the cases to determine what criminal charges should be filed.

“These brazen acts hurt all of us: retailers, employees and customers alike.”