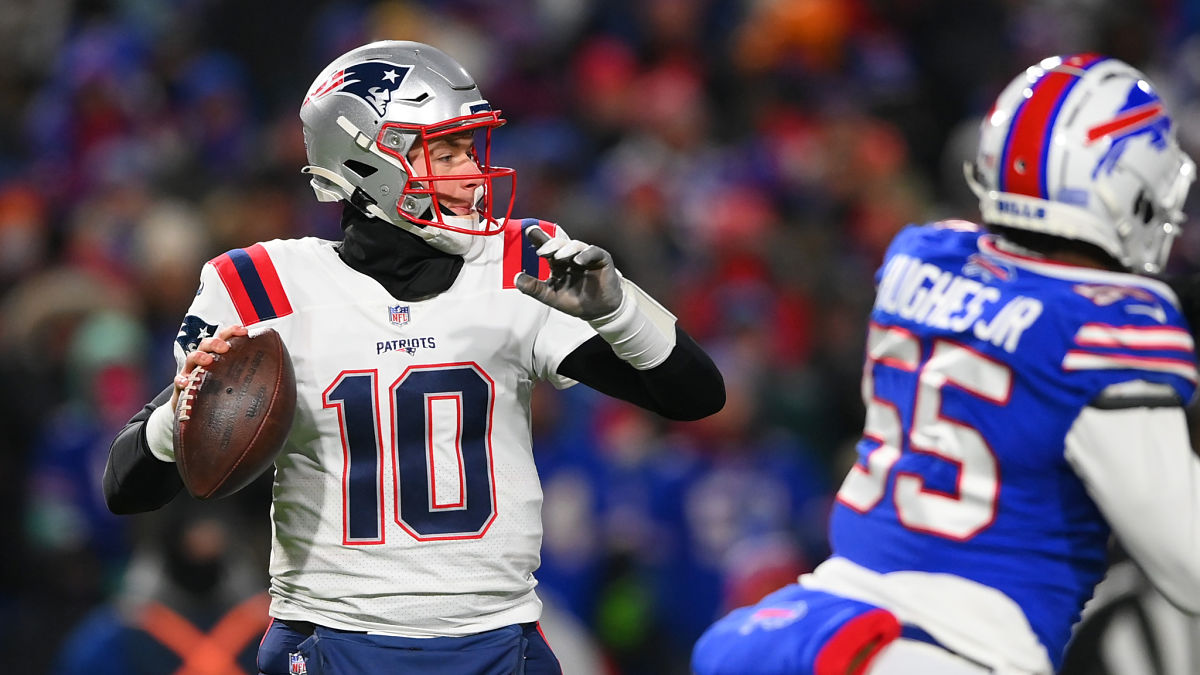 Mac Jones picked up right where he left off in college after being selected 15th overall by the New England Patriots in the 2021 NFL Draft.

Sure, there were some growing pains, especially late in the season as New England lost four of its final five games, including its wild-card playoff matchup with the Buffalo Bills. But Jones, by and large, was solid in his rookie season, showcasing a lot of what made him a successful quarterback at Alabama.

“What I saw on film was a QB who was extremely accurate, got the ball out on time and consistently went to the right place with the ball,” an AFC assistant coach told Pro Football Focus’ Doug Kyed. “And I think that carried over to the NFL and why he had the success he did this year.”

Jones was the fifth quarterback selected in the first round of the 2021 NFL Draft, behind Trevor Lawrence (No. 1), Zach Wilson (2), Trey Lance (3) and Justin Fields (11). Playing in New England — under head coach Bill Belichick and offensive coordinator Josh McDaniels — certainly benefited the young signal-caller, providing the structure necessary for him to make an immediate impact, but Jones undoubtedly performed the best of the first-year QBs.

Jones totaled 3,801 passing yards with 22 touchdowns and 13 interceptions this season. He completed 67.6% of his passes, averaged 7.3 yards per attempt and posted a 51.3 QBR.

While it’s still too early to tell whether Jones will evolve into one of the league’s premier passers, it’s clear he’s capable of running an NFL offense. The 23-year-old led the Patriots to a 10-7 regular-season record and a playoff berth one year after New England missed the postseason by going 7-9 in 2020.