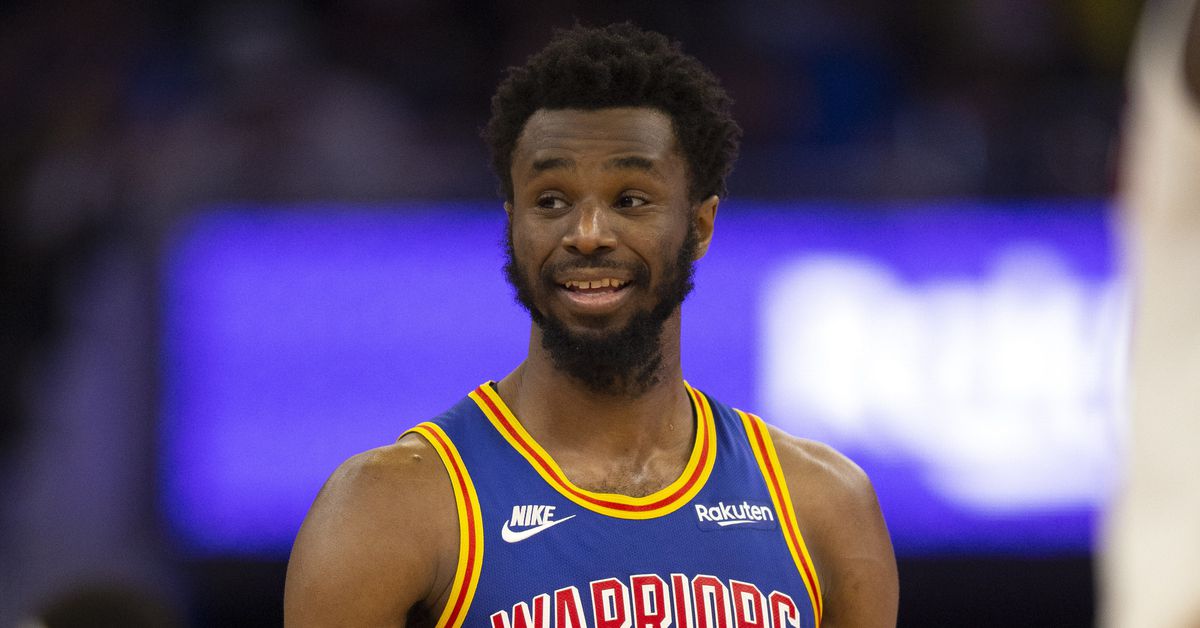 Once upon a time, Andrew Wiggins was supposed to be basketball’s next big thing. Back in 2013, I followed Wiggins around at the McDonald’s All-American Game as the No. 1 overall recruit was weighing his college choices. Wiggins would eventually chose to spend his one-and-done year at Kansas playing next to Joel Embiid before becoming the top overall pick in the 2014 NBA Draft.

The Cavs won the lottery to land the rights to Wiggins, but they quickly traded him to the Minnesota Timberwolves for Kevin Love. Love would team with LeBron James and Kyrie Irving to bring Cleveland a championship in 2016, while Wiggins mostly failed to live up to the hype on the Wolves. When Wiggins signed a max contract extension with Minnesota in 2017, he was quickly viewed as one of the most overpaid players in the league.

The Golden State Warriors still believed in Wiggins’ talent, though, and traded guard D’Angelo Russell for the 6’8 wing during the 2020 trade deadline. Wiggins has since found a home in Golden State playing off Stephen Curry and Draymond Green, resulting in what is the best season of his career this year. Wiggins is averaging 18 points per game, hitting 40 percent of his three-pointers, and posting true shooting percentage (57.8 percent) that’s above league-average for the first time since entering the league. The Warriors are also winning a lot, currently in the No. 2 seed in the West.

On Thursday night, Wiggins was named a starter for the Western Conference in the 2022 NBA All-Star Game. While the 26-year-old has been solid all season, he’d be a controversial pick as a reserve let alone as a starter.

There were plenty of players who deserved a starting nod over him. Either Devin Booker or Chris Paul would have worked while they lead a Suns team that is currently the league’s best by far. Jazz center Rudy Gobert, Wolves center Karl-Anthony Towns, and teammate Draymond Green have a better starting case than Wiggins in the frontcourt, and Luka Doncic and Donovan Mitchell do in the backcourt, too.

To understand why Wiggins was named an All-Star starter, you first need to understand how the voting works. The starters for the NBA All-Star Game are determined by a vote split between the fans (50 percent), media (25 percent), and players (25 percent).

This is how Wiggins earned a starting nod in the All-Star Game.

SF Gate uncovered how Wiggins received a huge push in fan voting from a K-Pop star who was working for the Warriors.

The NBA counts all retweets towards the vote, too. This one tweet gained Wiggins about 39K All-Star votes, which SF Gate reported as the second most popular vote tweet only behind BamBam’s support of Steph Curry.

Wiggins had the fan vote with less player and media support

Here’s the full results for how voting broke down between the Western Conference frontcourt.

Wiggins was fifth in player voting — behind Green and Gobert — and sixth in the media vote (finishing behind Towns, too). Still, because the vote is weighted towards the fans, Wiggins had enough support to quality for the third starting frontcourt spot in the West.

The NBA decided each conference starts two backcourt players and three frontcourt players in the All-Star Game. Why? Who knows. That particular rule really worked in Wiggins’ favor.

Yes, there’s other frontcourt guys more deserving of a starting spot than Wiggins. But the biggest travesty is that the league-best Phoenix Suns didn’t get an All-Star starter. Either Paul or Booker would have been a great choice, but their chances at a starting spot were dead on arrival because the two backcourts spots went to Curry and Ja Morant.

Wiggins still had more fan votes than any of these players anyway, but the total vote might have looked different if the media and players were working under different guidelines.

Does Kawhi Leonard win this spot if he was healthy enough to play this season? Probably.

Does Anthony Davis get this spot if he wasn’t in-and-out of the lineup all season? Probably.

Does Paul George get this spot if he didn’t injure his elbow in Jan.? I think so.

Of course, availability is a big factor in success, so credit to Wiggins for being available. That includes his decision to get the Covid vaccine before the season, because like Kyrie Irving, he wouldn’t have been able to play in home games without it.

Wiggins has had a good year, and the Warriors have a lot of fans

That’s the easiest explanation for why Andrew Wiggins is starting the All-Star Game.

While there’s a long list of players more deserving than Wiggins for a starting spot, but the All-Star Game has always been about the fans. Wiggins had the most fan support mostly because he’s been a dependable contributor on a winning team with a huge fanbase all season.

Wiggins had the ninth-most votes among the 10 All-Star starters, finishing ahead of Trae Young. The fans wanted to see him in the game, so he’s in the game. It’s really as easy as that.